"Born In The U.S.A." is one of the most misinterpreted songs ever. Most people thought it was a patriotic song about American pride, when it was actually about how America treated its Vietnam veterans. Chrysler offered Springsteen $12 million to use this in an ad campaign with Bruce. Springsteen turned them down, Springsteen has never let his music be used to sell products. 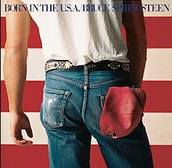 "Born In The U.S.A" Album Cover 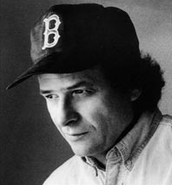 Connections to "The Things They Carried" 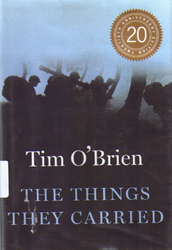 In TIm O'briens story, "The Rainy RIver". Tim tells the story of how he was drafted and the journey he had before he decided to go to the war. This story correlates with Bruce Springsteens "Born In the U.S.A.", because they were both taken from their hometown and shipped off to the war.