Get email updates from Drake:

Grassland National Park as reported on by Drake Ditsworth

Grassland National Park as reported on by Drake Ditsworth 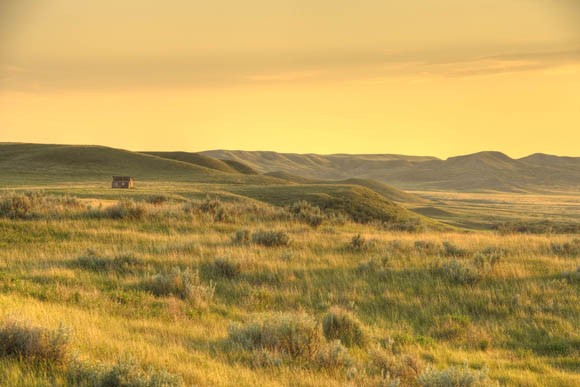 Your next vacation could include...

...the history of millions of years – back to the Dinosaurs! This prairie has been a sea, a tropical jungle and has survived the glaciers! You won't want to miss it!

This amazing landscape with hundreds of miles of exposed sedimentary rock shows a point of geological time representing the extinction of dinosaurs. The Killdeer Badlands led to the first recorded find of dinosaur remains in Western Canada in 1874

Blue grama grass, needlegrass, plains cottonwood and silver sagebrush are some common types of plants that are found in the Canadian grasslands.

Grasslands National Park is an area that is protecting one of the nation's few remaining undisturbed shortgrass prairie grassland. Silver sagebrush is an aromatic shrub that generally reaches 20–60 inches in height.

The roots generally extend 12–18 inches from the edge of the plant, and 3–6 feet deep. These plants are helpful in preventing soil erosion.

See you in Saskatchewan! 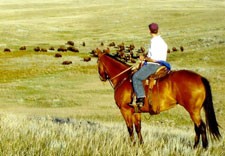 The grasslands are full of life. Many animals rely on the resources in the grasslands to provide them with food, shelter and a place to reproduce. The most common animals that live here are the black tailed prairie dog, swift fox, bison and burrowing owl.

Did you know that:

The Visitor Centre is open April 1- October 31 and offers a variety of activities. Check out the following for more information.

Follow Drake Ditsworth
Contact Drake Ditsworth
Embed code is for website/blog and not email. To embed your newsletter in a Mass Notification System, click HERE to see how or reach out to support@smore.com
close