Message from Your Proud Principal

Rain, shine, snow, ice or freezing temperatures doesn't stop our Parsons community from keeping the focus on our kiddos. This week's parent teacher conferences show the collaboration we have to ensure our students are successful. Thank you for making our students our priority.

I came across a post on Facebook by Christine Derengowski, mother of a 1st grade student, and I had to share it with you. I think you will agree after reading it...our kiddos are learning during a pandemic and they are truly Super Heroes. Let's be sure to let them know.

I’ve lost a year with my kids battling over school and I’m done.

My seven year old and I were in the midst of our usual asynchronous day battle. I had his writing homework in my hand from school. He’d written several full, well-thought-out sentences.

But he won’t do the same for me, at least not without a fight.

He said he’d get in trouble. He said he was doing a bad job in first grade. He was on the brink of tears but didn’t know why.

And it hit me.

Instead of getting frustrated and pushing the assignment, I sat down with him at his desk in his superhero bedroom.

I said “you won’t get in trouble and you can’t fail first grade. In fact, you’re kind of a superhero yourself.”

He sat up in his chair just a little and looked at me with disbelief.

A visible weight lifted from his seven year old shoulders, “What does that mean?”

I told him it means I haven’t given him nearly enough credit for rolling with the punches. I told him how proud I am of him and his friends. That kids this year are doing the impossible and they’re doing a really great job.

I apologized for not saying it sooner and more often. A little tear fell down his cheek.

We’ve thanked everyone from healthcare workers to grocery store employees but we haven’t thanked the kids enough for bearing the burden of what we’ve put on their shoulders this year.

We’ve said kids are resilient, and they are. But they are the real superheroes in this whole scenario for having ZERO say in their lives but doing their best to adjust every day.

We closed his school-issued laptop and spent the rest of the day playing. This was supposed to be temporary and here we are a year later still trying to hold our head above water.

This is our home and I won’t turn it into a battle ground anymore over something we can’t control. Something that no longer makes sense.

Hug your little superheroes today and don’t forget to cut them the slack we’ve given everyone else. 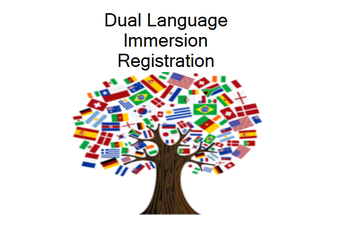 Do you have a rising Kindergarten student who will be 5 years old by September 1, 2021? Are you interested in the Korean Dual Language Immersion (DLI) Program at Parsons ES? Parsons Elementary School will be registering students for our Dual Language Immersion Program (DLI) available to students who will be in Kindergarten during the 2021-2022 school year. Parents are required to attend a Zoom Meeting. More information can be found in the flyer below and on the PES website. https://www.gcpsk12.org/Page/13985 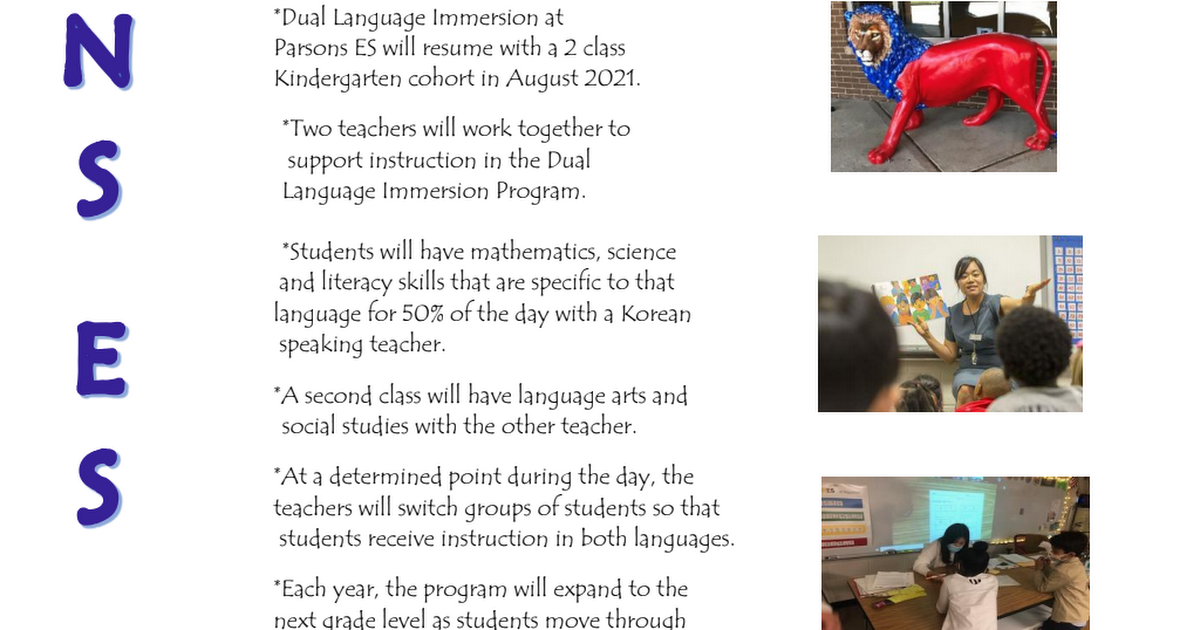 During the month of March, all K-5 students will receive the annual personal safety lesson designed to prevent sexual abuse. Due to the importance of this topic, materials will be available for parent viewing. Please see below for more information regarding this research-based program. If you have any questions or concerns, please feel free to contact our School Counselor, Ms. Vosough, at 678.512.6008 or mona.vosough@gcpsk12.org 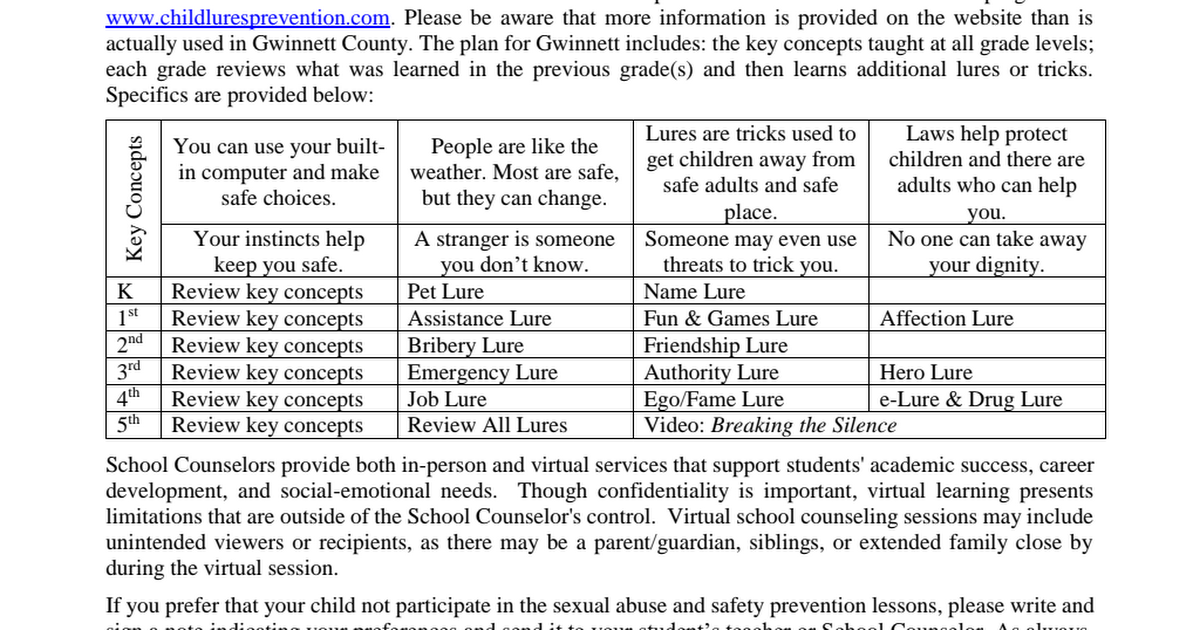 Due to the pandemic, GCPS is administering a contactless version of the RBES Parent Survey this year. There will be no paper or school computer option. Instead, School Messenger will deliver an email invitation to families to complete a survey for each school at which they have one or more enrolled students. The confidential survey will be available in English, Spanish, Korean, Vietnamese, and Chinese. It can be accessed using the link and unique code provided in the School Messenger email. The RBES Parent Survey will be available from February 8 through February 26. Your participation helps us to continuously improve our school. Thank you in advance for making your voice heard! 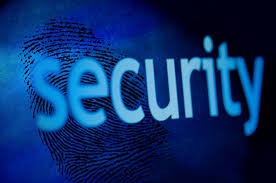 At Parsons, we want to keep everyone safe. As you know, we have a secure door and camera system to enter the building. We will now be asking to check ID's at the front door before entry into the school building. Please have your ID ready to show at the front camera. We also ask that after you enter, you allow the door to close behind you to ensure all visitors are properly greeted outside the building and let in as allowed. Thank you for your cooperation in keeping our school safe.

Staff, parents, students, and community members are invited to review and provide input on proposed curriculum resources for three high school courses—Portuguese I, Forest Science, and Natural Resources Management, starting Feb. 12. Additional resources for select courses will be added Mar. 1. The virtual public review of all resources will run through Mar. 12. Before adopting instructional resources for classroom use, Gwinnett County Public Schools (GCPS) holds an extensive review with multiple stakeholders. Data from the reviews and a pilot with students will be considered in making adoption recommendations to the Board of Education. To begin the review, please visit this link. For more about the instructional resources review process, contact the Office of Instructional Resources and Support at 678-301-6828.

We will begin using a new attendance code in the 4th nine weeks for our Digital Learners who log on to eClass, but are not present throughout the day digitally. If you have a digital student, please read the letter attached. If you have any questions, please discuss with your child's teacher.

We've also had a few parents ask the following question about attendance, so we wanted to share with everyone just in case you had the same question...Why was my child, who is an in person student, marked absent from school even though they completed the work digitally on the day they stayed home? For students who are "in person" learners, their classroom teacher takes attendance based on if they are "in person" in the classroom. If the student is not present in the classroom, they will be marked as absent even if they complete the work from home digitally. Make up work is expected from all students when they miss a day. 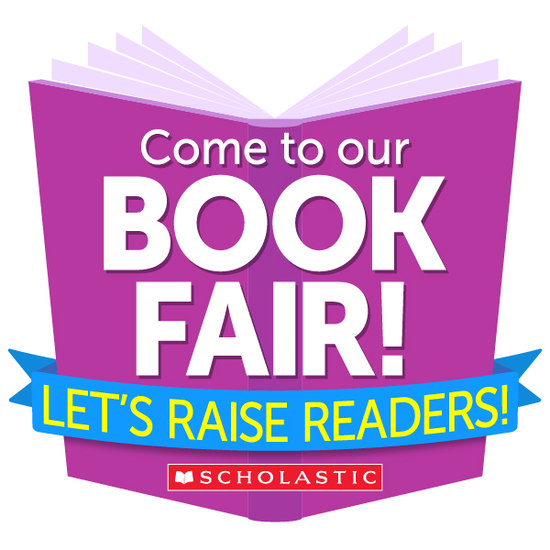 The Scholastic Book Fair is coming to Parsons Tuesday, February 16 - Monday, March 1! We have many shopping options for you including:

We will be accepting a check made payable to Scholastic Book Fairs for the exact amount, a credit card on February 17th from a parent/guardian, or a Scholastic eWallet (you can load an amount with your credit card at home). Unfortunately, we will not be accepting cash at this Book Fair. Details and links are all in the Parent Letter. We hope you can get some great books at the Book Fair and Let's Raise Readers! 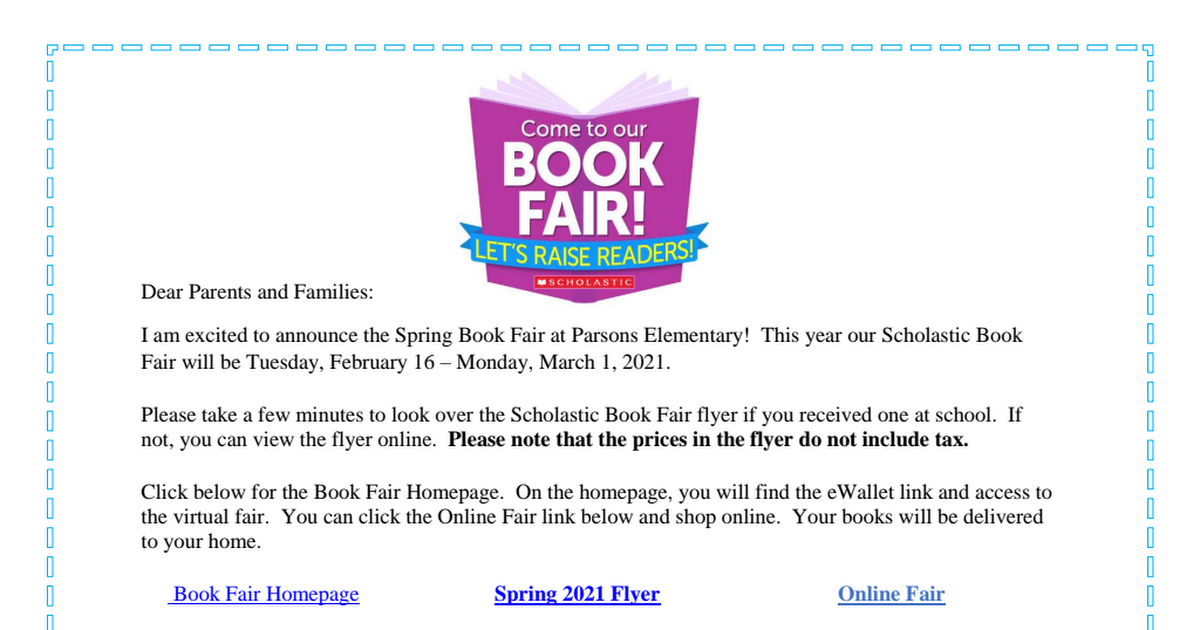 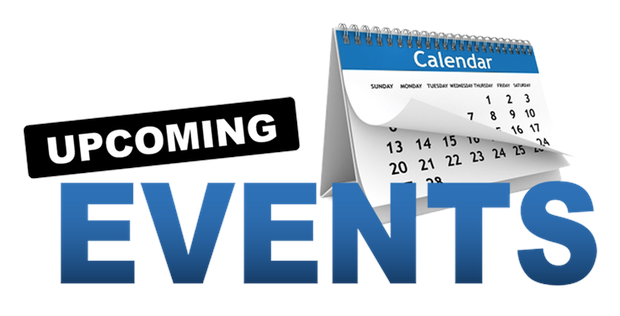 Doing our part to stop the spread of Covid-19

Please use the COVID-19 Morning Checklist to help reduce the spread of Covid-19. Please continue to follow the guidelines each morning when sending your in person student to school. We have seen a slight increase of cases in Gwinnett and we want to make sure we are ALL doing our part.

Each school in our district has a trained Health Response Team (HRT). If a suspected case of Covid-19 is reported at our school, the team follows set guidelines and procedures. Please be assured that you will be contacted by an HRT member if your child has been identified as 'close contact' to someone in our school who has tested positive for COVID-19.

The most important thing we can do is continue to wear our masks, practice social distancing, and wash hands regularly. We are #STRONGERTOGETHER when we all do our part.

All students can still get library books during digital days using curbside checkout. When ANY student is digital, curbside checkout is available. Curbside is not available for in-person students when they are actually in the school building. The Media Center staff always wears gloves and a mask when they handle books and also quarantine books based on GCPS guidelines. It is easy to check out books even if students are at home learning digitally. Here are some guidelines: 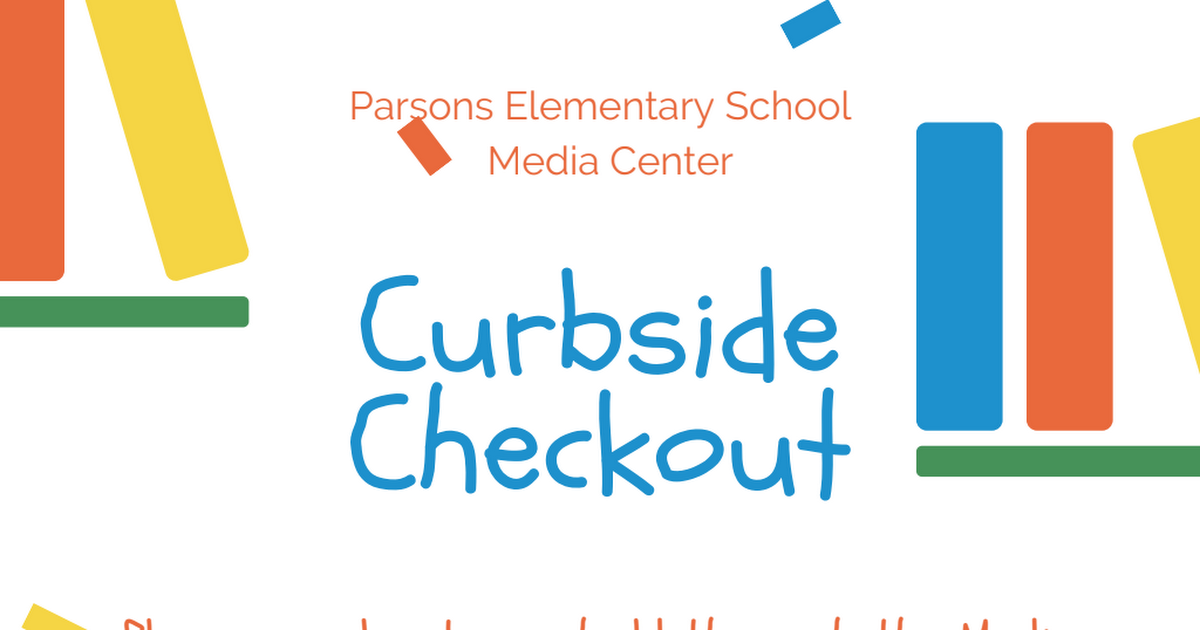 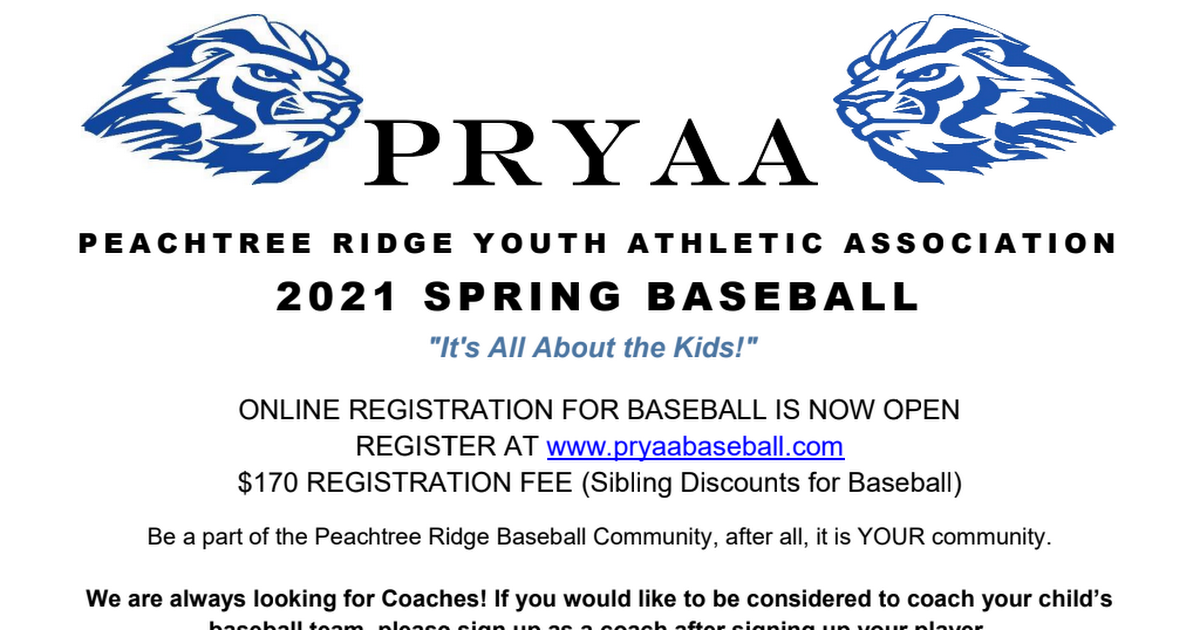 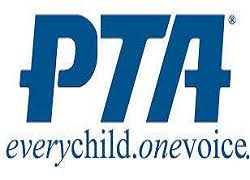 ATTENTION DIGITAL STUDENTS: We need your portrait pictures for the Parsons Yearbook.

Please use your cell phone to snap a photo of your student in front of a neutral colored wall and e-mail it to yearbook.parsons@gmail.com with the student's name and the teacher's name. Please send in pictures by February 20th.

Get Involved in PTA

We are also looking for people who want to get more involved by volunteering for Clean & Beautiful, the Fifth Grade Finale and Virtual PTA Event Planning. Let us know if you are interested in getting more involved by emailing parsonsespta@gmail.com 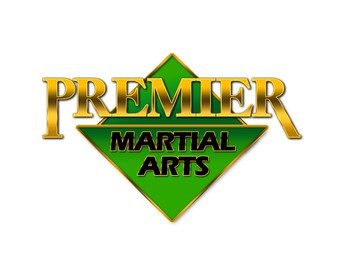 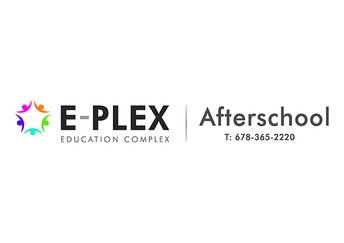 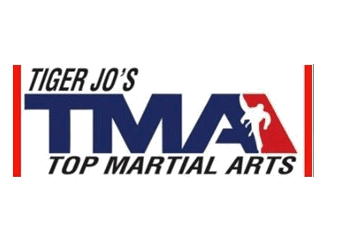 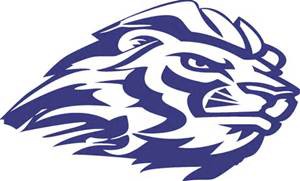 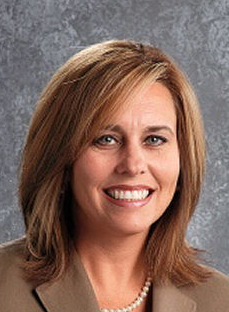 1615 Old Peachtree Road Northwest, Suwanee, GA, USA laura.j.clark@gcpsk12.org 678-957-3050 gcpsk12.org
Embed code is for website/blog and not email. To embed your newsletter in a Mass Notification System, click HERE to see how or reach out to support@smore.com
Powered by Smore
Powered by Smore