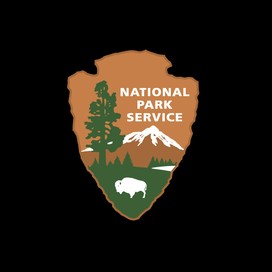 Golden Gate National Recreation Area is America's most-visited national park. As one of the largest national parks in an urban area, GGNRA preserves and enhances the natural, historic, scenic and recreational resources of the lands north and south of the Golden Gate for the education, enjoyment and inspiration of people today and in the future. In the spirit of bringing national parks to the people, the park reaches out to diverse communities to promote the richness and breadth of the national park system and make Golden Gate a park for all. The park's many volunteer and partnership programs foster broad-based public stewardship.

Get email updates from Golden Gate:

I'm trying something new with the staff meeting notes. Instead of sending them as a simple text file, I'm trying this online newsletter program. It allows me to share pictures and offer a more interesting design. I hope you like it.

In case you missed the CBS Whitey Bulgur story and interview with Michael Esslinger, you can access it here: http://www.cbsnews.com/video/watch/?id=50151855n

NPS Staff: Summer is flying by and soon it will be time for the second annual Bridge Award Ceremony. Last year the Golden Gate National Parks Bridge Award was established to recognize and award the cooperative achievements of the Golden Gate National Recreation Area and Golden Gate National Parks Conservancy staff. Specifically, achievements that have strengthened the partnership between the two organizations, benefitted the visitor experience or preserved our natural and cultural resources in a lasting and meaningful way. We plan to carry on the tradition this fall. Therefore, it is time to nominate your Parks Conservancy colleagues for the Bridge Award. Please take a moment to nominate a GGNPC employee and recognize the significant impacts that Parks Conservancy staff have had on your projects, awards, events, visitors, etc. Details on how to nominate are in email from Alex Picavet.

Preservation Update. I had the opportunity to do a Preservation walkthrough with the Regional Director, Associate Regional staff, the park superintendent, and deputy superintendents. Our goal was to highlight the completion of many preservation projects and discuss upcoming priorities. I wanted to share some of that with you so below, I have an update of many island projects designed to enhance the visitor experience and preserve many of the island’s historic structures.

Program Evaluations. Now that we have been doing dock evaluations as a way to enhance docks, I’d also like to instigate interpretive program evaluations. At a staff retreat two years ago we talked about starting peer reviews but it never really took off. I’d like to make another attempt at it and have someone develop a peer review form (Carla to do this). This would be following the idea of the dock review form. It would be a checklist of various interpretive components, interactivity, learning styles, safety, etc are in the program. The goal is two-fold. One to provide a learning experience to those doing the evaluation. And also to provide constructive feedback to those giving the program. We will start doing this after the Anniversary Event.

Dock Announcements 2. There continue to be problems associated with having authors give mini presentations during dock announcements. There are five main concerns that have come up: one, visitors are still on the dock when the next boat arrives; two, a large percentage of visitors leave before getting the all information presented during the dock announcement; three, visitors are delayed seeing the start of the orientation film which is now timed to start just after the dock announcement; four, delays at the dock lead to extended lines at the audio tour because you may have two waves of visitors arrive shortly after one another, and five, SEAT needs to be able to leave on time. I want to reiterate the following:

1. Authors can do dock announcements on their own. They must follow the outline as we have scripted and maintain the allotted time.

2. Authors may do a very short (no more than 2 min) presentation on the podium after the dock announcements are done.

3. Authors are more than welcome to do longer programs. This can be done as walking tours or programs in the Dining Hall.

4. Authors may not interject an ongoing dock announcement.

Time Sheets: Note that you are responsible for getting OT forms to Nancy.

We are getting a lot of complaints about bird guano these days. If you are approached about this, please note that in 2007, guano was collected and tested for a variety of diseases. Tests came up negative for Avian Flu (which has never been detected in the US). It did come up positive for low levels of salmonella. In addition, birds were NOT found to harbor ticks. They did have fleas which also affect people but do not carry disease. Given that guano contains salmonella, there is lead throughout the island, and all of the handshaking we do throughout the day, wash your hands frequently! If you step outside, wash your hands.

Related to this, NR and I are planning a clean up for tomorrow morning. I’ll supply buckets, brushes, and gloves. Need a few people to help.

7/25 “ The ranger giving the brief tour did not speak loudly. Miss the old days where someone gave a tour and locked you in a cell. Did like the audio tour though.”

7/27 “Ranger Ben was incredible, his passion and enthusiasm for the island is contagious. My husband who is hard o hearing appreciated his loud and clear voice.”

7/28 “A superb experience. One of the guides (Young lady, can't remember her name) gave a very interesting talk on the escape of 1962. The audio tour is fascinating. This really is one of the most compelling areas of interest in California and extremely good value for money.”

8/3/13 This is to confirm that the following personnel will be visiting ALCA on Sat, Aug 3. Carla and Laura

The Marshall Service will provide an update (to DAG Cole) on the still-active case of the "Escape from Alcatraz" based on new DNA findings.The above personnel will board the 8:20 employee boat. We can arrange to have someone meet them at Pier 33.5 to help them board.

8/3/13 Chico family day. Twenty people on staff boat. These are parents from Chico students who have been coming annually to see their work. Andrew to lead the group.

8/14 - 8/19/13. Dr. Chris Corneleus on island to make measurements of island for research project. He is an Associate Professor, Department of Architecture, University of Wisconsin-Milwaukee.

8/28/13 Table of Voice and Restorative Justice displays coming down.

8/29/13 Facilitated Dialogue Training: Carla , Wendy, Benny, Marcus. Lori only ranger on the island. Looking for volunteers to help on this day.

9/27/13 Outreach Ranger Truck at Hyatt. Shelagh, Tori. Is a Ranger Available to help?

10/22-25/13 Interpreting Critical Issues Using Civic Engagement & Facilitated Dialogue Techniques-- This classroom course focuses on the front-line interpreter’s role as a facilitator of dialogue and discussion, and a range of ways to incorporate these techniques into new and existing park programming. Lori

- How do we talk about Native Americans and the occupation?

- How do we make our behind the scenes tours more consistent?

- Methods of working with youth.

- How do we reach out to underserved communities?

- What are good ways of using humor to address sensitive or controversial topics?

Here are two before and after photos from the Citadel. Work is progressing. 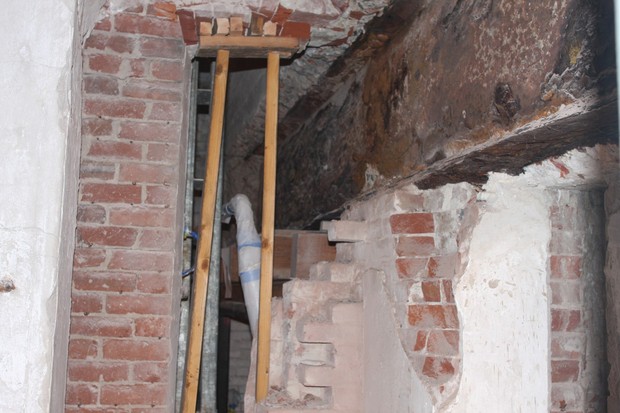 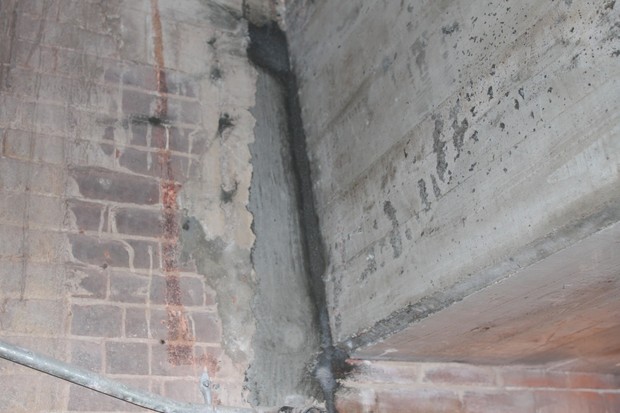 What are these two pictures about? They show before and after scenes in the citadel.

The National Park Service is making strides to improve both the visitor experience and preserve the historic structures found on Alcatraz. The highest priority has been on life and safety projects including seismic stabilizations. Below is an update of many recent and upcoming projects.

Alcatraz Landing (Pier 31.5): The parking area has been realigned to provide more accessible parking spots and to create a larger walking zone. New exhibits have been installed at the main entrance to Alcatraz along with picnic tables, a large scale island model, and a touch model.

Barracks Bldg. Bridges: The metal bridges behind the barracks were repaired of rust and repainted in July 2012.

Building 64 Office Space: The office space in Bldg 64 have been renovated to provide better working space and an indoor bathroom.

Cell House - Band Practice Room: New lighting consistent with the adjacent retail area has been installed. The lighting will enhance art exhibits rotated through the room.

Cell House – Roof and Solar Project: The solar panels were installed on a newly finished roof of the cell house. This has allowed us to reduce running the diesel generator from 24/7 to once every 3 days for a few hours.

China Alley Boardwalk by another 60 feet. This allows us to open two additional casemates with exhibits in the future.

Dock Guard Tower: The guard tower on the Alcatraz Dock has been repaired and repainted.

Puppy Stairs: Through a five-year partnership, Chico State Field School completed repair and rehabilitation of the entire Puppy steps. These steps provide access for special tours to the Alcatraz Gardens.

Water Tower: The Alcatraz Water Tower has been completely stabilized. Replacement structural steel and a new roof was installed, heavy corrosion was removed and the entire tower has been coated with high performance coatings.

Cell House - Citadel and Shower Room: Repair work in the basement of the Cell House (Citadel) began in 2012 to strengthen the building’s foundation by replacing corroded I- Beams. In addition, spalling concrete from the Shower Room’s ceiling is also being replaced. Though behind schedule, we anticipate completion in Sept. 2013.

Flagpole: A new flagpole will be installed on Eagle Plaza. The new pole will feature ropes inside the pole and a swivel that will minimize flag tangling on windy days.

Schoolhouse Stairs: Chico State Field School is working on repairing and rehabilitation the steps into the old schoolhouse.

Cell House – Outer Walls and Window: The out walls of the cell house are in urgent need of repairs. NPS is still securing funding and the work has not yet been scheduled.

Barrack’s and Warden’s Office Ramps. The ramp by the Warden’s Office is to be rebuilt to replace rotting wood. In addition, a new ramp is being designed for Bldg 64 entrance.

Dock Queue: We are realigning the queue on the Alcatraz Dock to improve not only the visual esthetic but also to improve the efficiency of loading the ferry.

Seismic stabilization is being planned and work is expected to being in fall of 2013.

Wharf Stabilization: To increase the dock’s lifespan, the pillars underneath the wharf need to be repaired and/or replaced.

Planned for the long term

Slope Stabilization: Additional areas adjacent to the Warden’s house will need to be stabilized once funding becomes available.

Warden’s House: Stabilize walls of the Warden’s house. Install a deck for visitors to enter building.

Golden Gate National Recreation Area is America's most-visited national park. As one of the largest national parks in an urban area, GGNRA preserves and enhances the natural, historic, scenic and recreational resources of the lands north and south of the Golden Gate for the education, enjoyment and inspiration of people today and in the future. In the spirit of bringing national parks to the people, the park reaches out to diverse communities to promote the richness and breadth of the national park system and make Golden Gate a park for all. The park's many volunteer and partnership programs foster broad-based public stewardship.