Teaghan is using Smore newsletters to spread the word online.

Get email updates from Teaghan:

Just recently, a person now identified as Robert Sheldon, otherwise known as Bob was found dead outside in the park. He was found with multiple stab wounds in his chest, and was declared dead at the scene and The only lead the police have is from his friends, who were with him that fatal night Bob was murdered. According to Bob's friends, they had been to a party that night, drinking beer and getting drunk. They were driving home, when they saw Bob's girlfriend Cherry, hanging with what they referred to as a "Greaser". This is what sparked his reaction, and in drunk rage, Bob had decided to follow the boys after dropping the girls off at home.

He drove around and spotted the two boys taking a walk in the park and decided to jump them. One of the boys, Ponyboy, was being drowned, while the other, Johnny, was being beaten to a pulp. That is, until a Johnny pulled six-inch switchblade out, and in an act of self defense, brutally murdered Bob. The suspects, Ponyboy and Johnny, are now missing and said to be headed to Texas. All while a memorial is now being held for a deceased Bob. 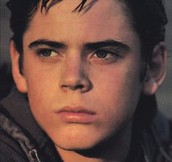 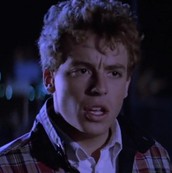 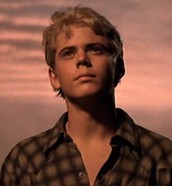 Teaghan is using Smore newsletters to spread the word online.