November's This, That & Other

November's This, That & Other

“I would maintain that thanks are the highest form of thought, and that gratitude is happiness doubled by wonder.” 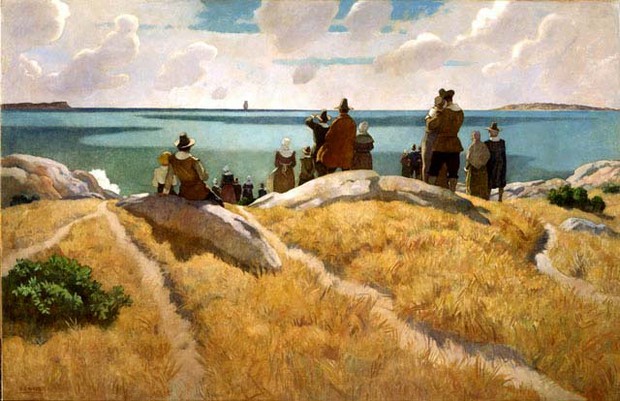 (from our November 2nd edition)

Looking back at a week (and month) just passing, we had quite a busy and festive week! Highlights include a beautiful Mass on the Feast of All Saints featuring great singing by our choir and work by our music teacher and director, Mrs. Dawn Kuker. (A special thanks to the talented Mr. James Senson who added to it all).

The week also featured very impressive presentations of a whole variety of saints from Mrs. Crowley's 3rd graders--great job! Of course, All Hallow's Eve had some fine weather--and for many of us--a whole mess of tricks and treats. The week began it's conclusion with a beautiful night of jazz, which brings us to a special day, All Souls.

As we've discussed with many of our students, feasts are occasions for celebration and memory. November is a month set aside to remember our loved ones who have died (and yet mysteriously live), but the feasts call us to deeper remembering: such as what life is all about.

These great feasts remind us of our mortality and transcendence, of family and communities of all sorts (including with the loved and living "dead"), of our desires for meaning, ultimate joy, and eternity--and that these desires are not in vain.

Looking forward--as stores and our children will soon remind us--Thanksgiving and the feast of Christmas are in sight...but before we get ahead of ourselves, let's enjoy this beautiful time of Autumn, Memory...and to keep going a'souling. (As some of the old traditions of Halloween and Christmas remind us--see below). 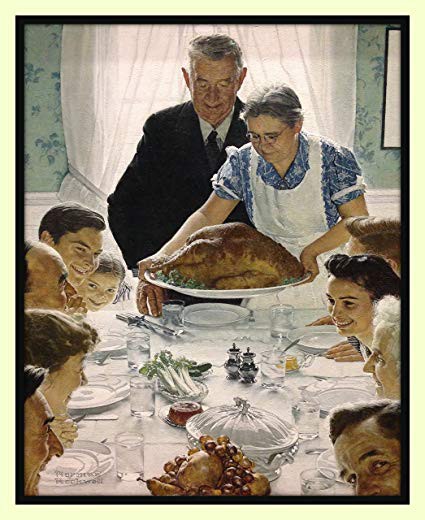 What's Up...Next Week and so 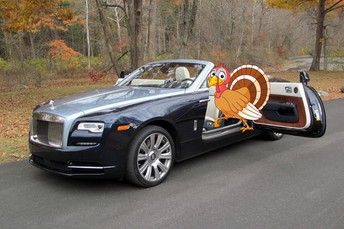 Thanksgiving made easier while helping SJA

We are auctioning four Fried Turkeys (no French Hens!) prepared by the fine hands of our own Fr. Christopher Pollard.

~ Three Gourmet Turkeys & One Kelly Bronze from the Organic Butcher ~

The Kelly Bronze (the Rolls Royce of Turkeys) are strictly free-range and receive no antibiotics, additives or growth hormones. Each one is hand plucked, dry-hung and aged before hitting the shelf.

Bidding is open. The Auction ends on Monday, November 19 at noon!

Note: Turkeys will be deep fried on Thanksgiving morning and ready for pick up by noon.

You are all cordially invited to St. John the Beloved's annual evening of dessert and music this Saturday, November 17th at 6:30 pm in the Parish Hall. Music is provided "by parishioners for parishioners" and will feature an enjoyable variety of genres of music, both instrumental and vocal (perhaps a student and a teacher will perform...). Please bring a dessert to share. Coffee and tea will be provided. It is sure to be an evening of entertainment and fun for the whole family!

So Others Might Eat (SOME): Thanks to YOU, we were able to donate 17 baskets with a turkey in each one! A special thank you to Mrs. Donegan for volunteering to drive the baskets to SOME in DC.

VIRTUS Session to be held at SJA tomorrow, Saturday, November 17th at 9:00 a.m. All slots are full.

INVITING ALL GRANDPARENTS and visiting relatives. Grandparents Day will take place on Tuesday, November 20th from 10:00 a.m - 11:30 a.m. All grandparents and families are invited. Grandparents are welcome to tour their granchild’s classroom after our program.

Please update your picture dates on the Magnet Calendar as follows:

Merry Christmas! St. John Academy Annual Christmas Tree Sale is upon us. Every year we set up a Christmas Tree lot in front of the church that sells a variety of amazing Christmas trees, wreaths and garlands! Be part of this great community building event to raise funds for our school. Please consider volunteering at least 3 shifts to help us fill all of the slots.

We need the following:

Descriptions of each position can be viewed in signup genius links below: 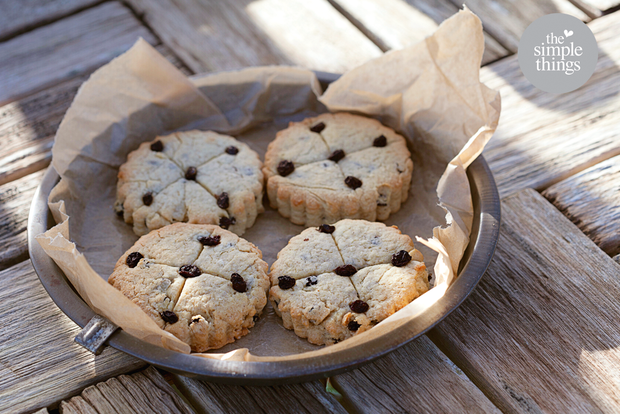 Another kind of song with Cake

...an English folk song with medieval roots, performed when children and others went "souling" on All Hallows Eve, dressed in a variety of imaginative costumes. In return for the delicious cakes, the "soulers"--later called "trick-or-treaters"--prayed for the loved ones who had died from the cake giver's family--something we can still do! (The past soulers also traditionally went a' souling for such cakes during Christmas...echoes of which you'll find in Sting's version of the song).

A soul! a soul! a soul-cake!
Please good Missus, a soul-cake!
An apple, a pear, a plum or a cherry,
Any good thing to make us all merry,
One for Peter, two for Paul,
Three for Him who made us all.

God bless the master of this house,
The misteress also,
And all the little children
That round the table grow.
Likewise young men and maidens,
Your cattle and your store;
And all that dwell within your gates,
We wish you ten times more

A soul! a soul! a soul-cake!
Please good Missus, a soul-cake!
An apple, a pear, a plum or a cherry,
Any good thing to make us all merry,
One for Peter, two for Paul,
Three for Him who made us all.

The Screwball Comedy: Arsenic & Old Lace (The Coen Bros are current masters of that genre---Raising Arizona, Oh Brother Where Art Thou?)

The first film to win all 4 major academy awards: It Happened One Night 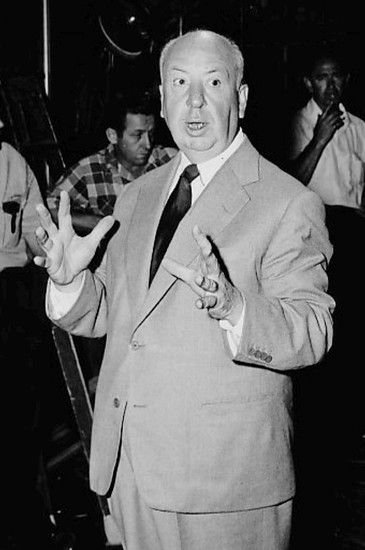 Because I could not stop for Death

Because I could not stop for Death –

He kindly stopped for me –

The Carriage held but just Ourselves –

We slowly drove – He knew no haste

And I had put away

My labor and my leisure too,

We passed the School, where Children strove

We passed the Fields of Gazing Grain –

We passed the Setting Sun –

The Dews drew quivering and chill –

For only Gossamer, my Gown –

My Tippet – only Tulle –

We paused before a House that seemed

A Swelling of the Ground –

The Roof was scarcely visible –

The Cornice – in the Ground –

Since then – ‘tis Centuries – and yet

Feels shorter than the Day

I first surmised the Horses’ Heads

In the place that is my own place, whose earth

I am shaped in and must bear, there is an old tree growing,

a great sycamore that is a wondrous healer of itself.

Fences have been tied to it, nails driven into it,

hacks and whittles cut in it, the lightning has burned it.

There is no year it has flourished in

that has not harmed it. There is a hollow in it

that is its death, though its living brims whitely

at the lip of the darkness and flows outward.

Over all its scars has come the seamless white

of the bark. It bears the gnarls of its history

healed over. It has risen to a strange perfection

in the warp and bending of its long growth.

It has gathered all accidents into its purpose.

It has become the intention and radiance of its dark fate.

It is a fact, sublime, mystical and unassailable.

In all the country there is no other like it.

I recognize in it a principle, an indwelling

the same as itself, and greater, that I would be ruled by.

I see that it stands in its place, and feeds upon it,

and is fed upon, and is native, and maker. 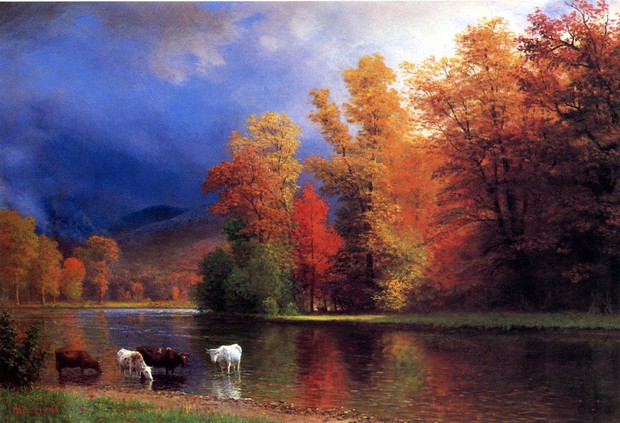 You can't depend on your eyes when your imagination is out of focus. 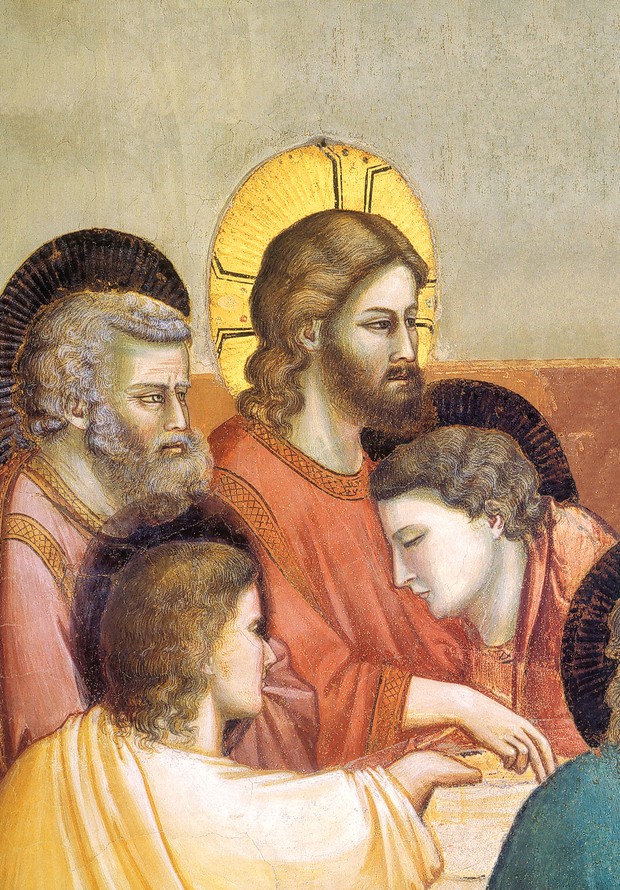 Bottom Painting: On the Saco by Albert Bierstadt