Get email updates from Joni:

A Note from Principal Waltenbaugh

We are back in full in-person learning and students and staff alike are so excited to be here. Numbers of Covid-19 cases keep dropping in Homer, and I want to thank all of you for the safe practices you have employed that has gotten us here. While we are on the decline and more vaccines are on the horizon, it will be important to continue our mitigation strategies to keep us here. They are working!

This February, as part of our focus on student reflection and ownership of their learning all students and staff will be setting SMART goals for the 3rd quarter. Being able to set and write goals is a lifelong skill that can help us all become better versions of ourselves. Writing them down and making them public provides both motivation and accountability to make us each more productive and achieve greater success. We are excited to be emphasizing goal setting school-wide again. Take a moment to ask your child what they want to achieve and how they will get there!

Pick up and drop off line

Overall, the line has been moving quite well. At pick up time, all cars and buses are generally through in 10 minutes or less. Here’s a few pointers to make this experience even smoother and more efficient:

These measures will allow up to 12 cars to load/unload students safely at the same time. 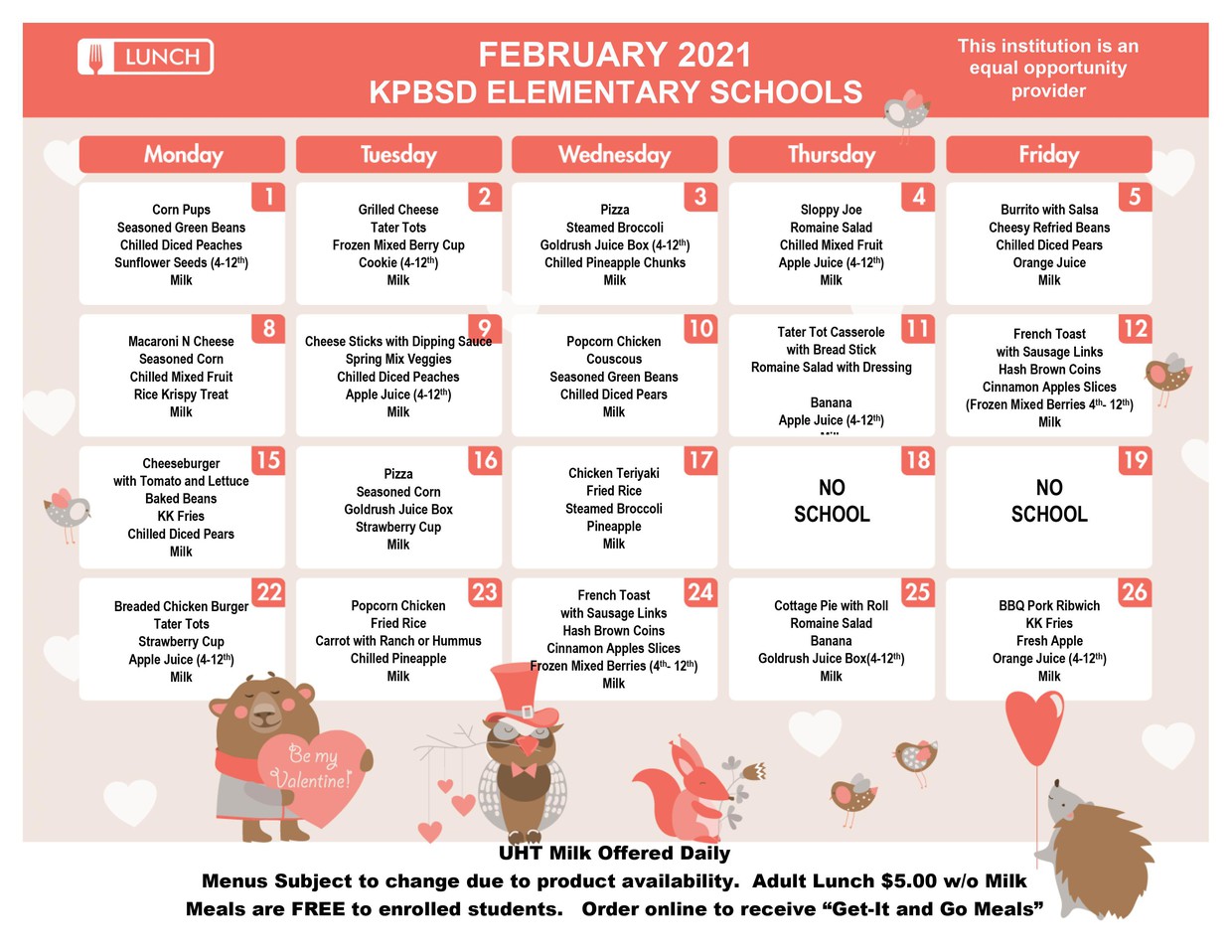 A Note from Nurse Laura 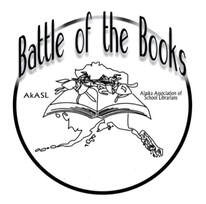 What is the Battle of the Books?

The Battle of the Books is a statewide Alaskan reading motivation and comprehension program sponsored by the Alaska Association of School Librarians. The goals of the program are to encourage and recognize students who enjoy reading, broaden reading interests, increase reading comprehension, and promote academic excellence. Lists of books are chosen and questions are written for all grade levels. Students read the books, discuss them, quiz each other on the contents, and then compete in teams of not more than three students to correctly answer questions based on the books in a "quiz show" format. Questions begin with the words "In which book..." so that the answer will always be a title and author. Teams may participate at the local, district and state levels of competition - with the exception of K-2 students whose competition goes only through the district level. New lists of recommended titles for each level are compiled each year by a committee of librarians and teachers based on the "Criteria for the Selection of Titles" in Appendix A. An attempt is made to vary the titles chosen according to genre and difficulty so that readers may encounter a broad range of books. At the annual AkLA conference, the official booklist for state competition for the following year is set so that planning to obtain the titles can begin. The statewide program involves a cooperative effort by many local groups. It is popular with students and has provided new opportunities for academic competition. Battle of the Books has also proven effective in its specified purpose - to stimulate an interest in reading.

THE HISTORY OF BATTLE OF THE BOOKS IN ALASKA

The original idea for Battle of the Books came from a radio program sponsored by the Chicago Public Library in the early 1940's. Joanne Kelly, a student participant in the radio show, became a school librarian in Urbana, Illinois. While she was there, she reconstructed the radio show from memory for use in her library. Many years later another Chicago area school librarian, Roslyn Goodman, found her way to Kodiak, Alaska, bringing the Battle of the Books idea with her. She used it in Kodiak in the 1981-1982 school year and word of the program spread. In 1982-1983, Hermon Hutchens School in Valdez received a Merit Award from the Department of Education for their Battle of the Books program and Battle of the Books soon spread to Anchorage, Fairbanks, Valdez, Tok and Northway. Winning teams from Northway and Tok participated in an interschool audio-conference Battle. Thanks to Linda Barrett's (Anchorage School District) suggestion to hold inter-school and inter-district Battles via audio-conference equipment and Pat Thurman's (Fairbanks North Star Borough S.D.) enthusiasm and organizational efforts to promote a statewide program, librarians from Dillingham, Kodiak, Valdez, Tok and Fairbanks met via audio-conference on May 19, 1983 to make plans for Alaska's first statewide audio-conference competition. Fourteen school districts around Alaska participated in the program in April 1984. By 1984-1985, twenty-six districts were involved in the program. In 1988-89 there were fifty-one Alaskan districts participating and several out-of-state districts requested Battle of the Books packets. Although the number of participating districts varies from year to year, overall interest in this exciting program remains high. 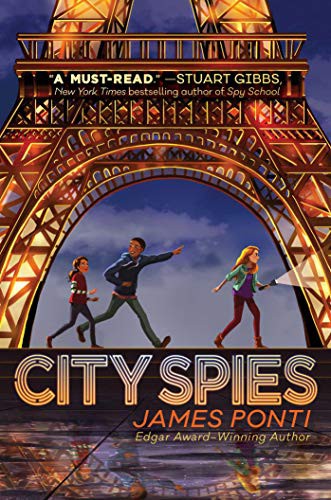 In this thrilling new series that Stuart Gibbs called “a must-read,” Edgar Award winner James Ponti brings together five kids from all over the world and transforms them into real-life spies—perfect for fans of Spy School and Mrs. Smith’s Spy School for Girls.

Sara Martinez is a hacker. She recently broke into the New York City foster care system to expose her foster parents as cheats and lawbreakers. However, instead of being hailed as a hero, Sara finds herself facing years in a juvenile detention facility and banned from using computers for the same stretch of time. Enter Mother, a British spy who not only gets Sara released from jail but also offers her a chance to make a home for herself within a secret MI6 agency.

Operating out of a base in Scotland, the City Spies are five kids from various parts of the world. When they’re not attending the local boarding school, they’re honing their unique skills, such as sleight of hand, breaking and entering, observation, and explosives. All of these allow them to go places in the world of espionage where adults can’t.

Before she knows what she’s doing, Sara is heading to Paris for an international youth summit, hacking into a rival school’s computer to prevent them from winning a million euros, dangling thirty feet off the side of a building, and trying to stop a villain…all while navigating the complex dynamics of her new team.

No one said saving the world was easy… 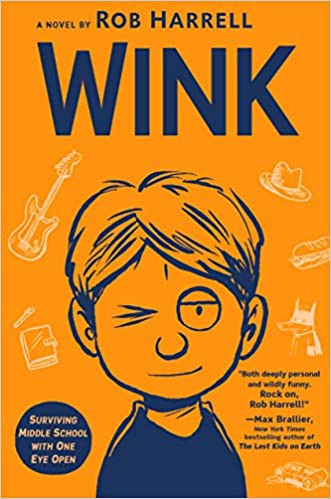 Ross Maloy just wants to be a normal seventh grader. He doesn't want to lose his hair, or wear a weird hat, or deal with the disappearing friends who don't know what to say to "the cancer kid." But with his recent diagnosis of a rare eye cancer, blending in is off the table.

Based on Rob Harrell's real life experience, and packed with comic panels and spot art, this incredibly personal and poignant novel is an unforgettable, heartbreaking, hilarious, and uplifting story of survival and finding the music, magic, and laughter in life's weirdness. 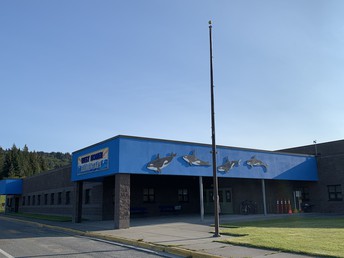 Follow Joni Wise
Contact Joni Wise
Embed code is for website/blog and not email. To embed your newsletter in a Mass Notification System, click HERE to see how or reach out to support@smore.com