Discha is using Smore newsletters to spread the word online.

Get email updates from Discha: 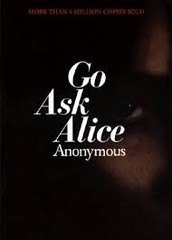 Go Ask Alice is a diary about an anonymous fifteen year old girl, whose name we don’t know, but the title novel's title refers to her as Alice. Alices’ dad, a college professor, got an opportunity to work at another college. She gets really excited, because she can start over and can get over Roger, who she loved. After buying a dairy, she writes down all her thoughts and fears in that dairy. Unfortunately changing school and her house didn’t turn out as she expected it to be, because no one talked to her and she felt like an outsider. She meets Beth, a Jewish girl down the block. When summer comes Beth went to a summer camp for Jewish kids and Alice was planning on going back to her grandparents’ house. Coming back to her old town, she meets Jill, a popular girl, who invites Alice to a party. Alice didn’t know that drugs were involved in that party. Unknown Alice drank out of the drugged drinks, and was happy that she could experience the trip but vows not to do drugs again. After returning back, Beth and Alice don't get along that well and she meets Chris who works a boutique and gets Alice a job, too. Alice even starts selling drugs in school and they both decided to flee to San Francisco and start over without drugs. They get a job in a two different boutiques. Sheila, Chris's boss invites them to a party and they both start using drugs again, until one night, when Alice realizes that Sheila and her boyfriend have been raping and brutalizing them. After some time she returns back home. She still continues doing drugs with Chris and gets caught doing it by the police.

Alice flees again, this time to Denver,Oregon and Southern California. Still doing drugs, she even prostituted herself for them.

She comes home again, now happy with herself and her family.

Alice ends up in a Hospital, thinking that worms were eating her alive. Her father says that someone put LSD in her chocolate-covered peanuts, while she was baby-sitting. Alice registers at the State Mental Hospital. Life in the asylum drains Alice,but after returning home she was happy again. She found new friends, and a boy that she likes. 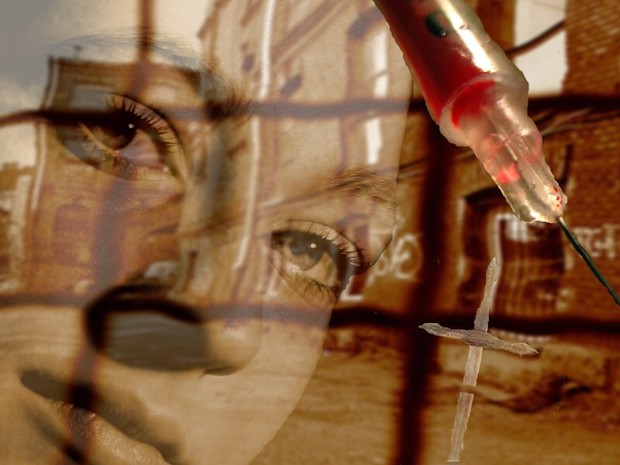 Go Ask Alice is a really interesting book. It actually is a diary. Some people say it's fiction, some say it's the original diary. I really liked following her on her journey, I just didn't like how it ended. But the good thing about that book is, it never gets boring because something exciting happens all the time. It's really easy to read, but sometimes I had problems following along the story. But overall I would definitely recommend it.

Discha is using Smore newsletters to spread the word online.