St. Viator will not be the same without...

In 1981, St. Viator needed a 1st grade teacher, and it was the grade that Mrs. Davies was most comfortable with, so she took the job! The rest, they say, is history. Two years later, she moved to teaching second grade. Seven years later, Mrs. Davies turned the corner to teach fourth grade, which she thoroughly enjoyed for the next nine years. Mrs.Davies then applied for the Junior High Religion teacher where she has remained.

Her warm and easy-going personality makes her students feel at ease and acknowledged. Mrs. Davies truly cares about all her students and many have come back to visit. Believe it or not, she remembers their names despite the fact that Junior High students change so much in high school and beyond. She enjoyed hearing what they are all up to and keeps them all in her prayers.

As if teaching in a classroom isn't time consuming enough, Mrs. Davies was involved with Student Government and National Junior Honor Society. She volunteered her time in a Rainbows for All God's Children, which was a bereavement group and even taught CCD sacramental classes.

We are so very grateful for her many years at St. Viator.

Long before Val Kneesel began working at St. Viator, she taught religious education to Kindergarten and PE to Pre-Kindergarten. When the school first opened a computer lab, she was one of the original computer assistants. In 1991, she joined St. Viator full time to teach 1st grade. Throughout her 29 years, she has taught 1st grade, 5th grade, and mainly 2nd grade.

For many years, she was the backbone to the 10:00 am Children's Liturgy Preschool program and coordinated the annual Catholic Schools Mass each year. She became a pioneer member of the Parish Council when it became revitalized in 1995, served on the committee overseeing the dedication of the new church, and has served on parish communication and stewardship committees.

Her four children, Shawna, Erin, Brian, and Tara are all graduates of St. Viator Parish School. Val loved seeing her two grandchildren, Quinn and Kiley on campus each day. We pray that she will return often to volunteer her time to see her former students and visit her grandchildren.

We know that St. Viator will not be the same in the Fall; but HE has great plans and we will be ready for YOU! 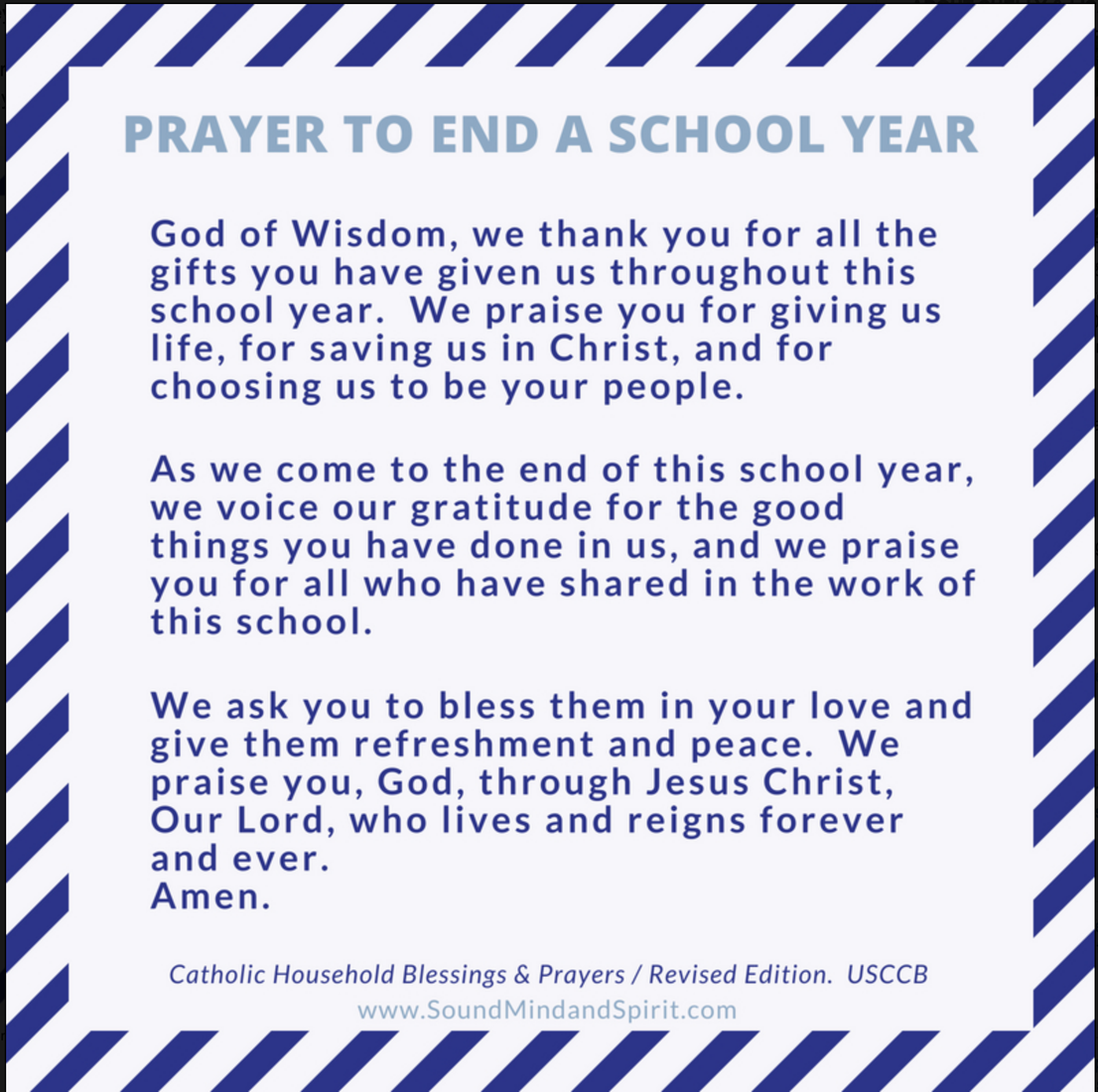 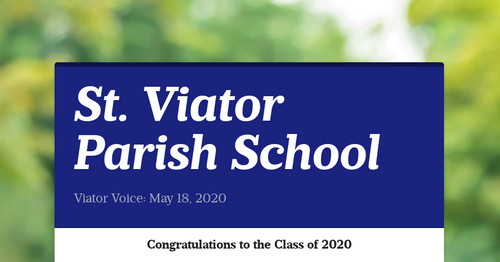 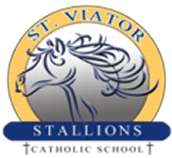