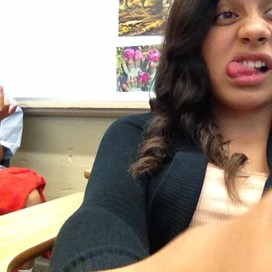 Astronomy is the scientific study of the universe. Astronomy is very valuable to humans. Astronomers have discovered so many new things that they never have before such as new planets, stars, black holes, and nebulas. Without astronomy we would have no knowledge of the universe or anything about the galaxies. For example studies of how stars shine may one day lead to improved or new energy sources on Earth. This is why astronomy is extremely valuable to us.

All matter and energy, including the earth, the galaxies, and the contents of intergalactic space, regarded as a whole.

Astronomers also use the speed of light to measure distance. Light travels at 300,000 km/s.

An astronomical unit is the average distance between the earth and the sun; approximately 150 million kilometers.

All the frequencies or wavelengths of electromagnetic radiation.

Refracting telescopes use lenses to gather and focus light from distant objects.

Reflecting telescopes use mirrors to gather and focus light from distant objects.

What Is The Differnece Between An Astronomical Unit And A Light Year?

What Is The Organization Of The Universe?

The Universe contains the sun, the solar system (Mercury, Venus, Earth, Mars, Jupiter, Saturn, Uranus, and Neptune), the many galaxies such as the Milky Way. All of these things and more make up the universe.

The electromagnetic spectrum is all of the frequencies or wavelengths of electromagnetic radiation. The invisible and visible light do have some similarities such as that they are both forms of radiation coming from the stars. Also they both collect the light to study the radiation, they all travel in wavelengths, they're both forms of energy and they're both waves of electric and magnetic fields.

Although they may have some similarities these spectrums have various amounts of differences. For instance, in the invisible electromagnetic spectrum they are not visible to the human eye. We actually need special instruments to see the light. And lastly infrared, microwaves, radio waves, ultra violet rays, x-rays, and gamma rays all fall into the category of the invisible electromagnetic spectrum.

Finally, the visible electromagnetic spectrum has its own set of characteristics. The shortest are blue and violet and the longest are red and orange. When passing through a prism, it separates into "Roy G Biv". Also you can actually see this with your human eye. And lastly each wavelength has its own color.

Compare Refracting and a Reflecting Telescope

A refracting telescope uses a set of lenses to gather and focus light from distant objects. This telescope uses an objective lens that can bend light. We call this refracting. It focuses the light on the magnetic field eye piece. The lenses focus on different colors of light at different distances. It can be difficult to make very large lenses.

There are two types of telescopes. One that can detect invisible light (reflecting) which is round, and cylinder shaped. The lenses to this telescope are much wider. Then there is one that can detect visible light (refracting) which is more long and slim looking. The telescope that creates invisible light detects gamma rays, x rays, and infrared rays. A problem with using telescopes to detect electromagnetic radiation is that the earths atmosphere blocks many types of electromagnetic radiation. Water vapor prevents gamma rays, x rays, most infrared rays and ultra violet rays from reaching earths surface.

Follow Alyssa Silva
Contact Alyssa Silva
Embed code is for website/blog and not email. To embed your newsletter in a Mass Notification System, click HERE to see how or reach out to support@smore.com
close