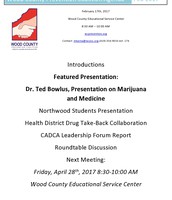 In his first presentation of a two part speaker series, Dr. Bowls will discuss the topics of marijuana as medicine, and the impact of legalization. Dr. Bowlus will explain the impact and unintended consequences of marijuana legalization from a medical perspective. Lastly, he will identify psychiatric-related consequences of marijuana use. We will also have a presentation from Northwood Students and their activities , the Health District will present on a county-wide drug take-back collaboration and a report from the CADCA National Leadership Forum.

Broadcasting live from the Wood County Educational Service Center, is The Morning Show with Clint Corpe 88.1 FM WBGU from 6AM to 9AM, so be sure to listen on your radio dial or stream from Tune-In Radio or other similar streaming apps. Several coalition members are scheduled to be on throughout the program, be sure to catch some of these great interviews!

To view or print this agenda pictured above, please open this newsletter in a browser or email mkarna@wcesc.org for a pdf copy.

We have a full agenda and kindly ask if you plan on attending to RSVP by February 16th to expedite the sign-in process. You may RSVP on the form below or email mkarna@wcesc.org.

For questions about the meeting please contact Milan Karna at (419) 354-9010 ext 174 or email mkarna@wcesc.org. To learn more about the Wood County Prevention Coalition please visit: wcprevention.org

DAVIS (CBS13) — A new warning from researchers at the University of California, Davis to people using marijuana as medicine. A recent study found people with weakened immune systems are at a greater risk of infection from bacteria and fungi found on medical marijuana samples.

“Pneumonia basically; they cough, they can have nose bleeds from sinus infections,” said Thompson.

The common thread? The patients were all taking medical marijuana for pain relief.

“This is a material that’s in nature, it’s full of bacteria and fungi it would make sense that that could be a point source that the patients were getting their infection,” explained Thompson.

He and Dr. Joseph Tuscano used an off-campus lab to test 20 samples of marijuana from 20 different dispensaries.

“All of them had bacteria and fungal organisms present,” said Thompson.

The contaminants are nearly harmless to people with a strong immune system, but to people receiving chemotherapy for leukemia, lymphoma or other disorders like organ transplants or aids, the bacteria can be devastating.

“We’re really trying to caution those patients,” said Thompson, “you may have unknowingly used a product that could be lethal.”

“People have an expectation that the stuff that the get a dispensary is going to be safe and clean and well tested, but the fact is, this is an unregulated environment up till now,” said Tony Daniel with Steep Hill Labs.

There are no state warnings or regulations for people using marijuana as medicine. 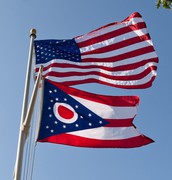 The Ohio Joint Study Committee on Drug Use Prevention Education issued 15 recommendations Friday for schools across the state. These include requiring schools to report how they are teaching students to resist drug abuse.

DeWine stressed that a cultural shift toward normalizing heroin abuse creates a need for greater education about prescription opioid abuse prevention and the harmful effects of drugs and alcohol.

Social and emotional learning includes understanding and managing emotions, achieving positive goals, showing empathy for others and making responsible decisions, according to the recommendations, which are available online. Students already are taught this type of curriculum in these areas until third grade, but the committee recommends it be taught throughout all grades to reduce addiction risks.

While none of the recommendations will be mandated or supported through state funding, DeWine expressed hope the Ohio Department of Mental Health and Addiction Services will provide guidance to schools, as well as local law enforcement and community services.

"There is a growing group of people in Ohio who cannot be employed, or at least cannot be employed in any job where they have to drive a truck, drive a lift truck, be around machinery or have any kind of responsibility," DeWine said. 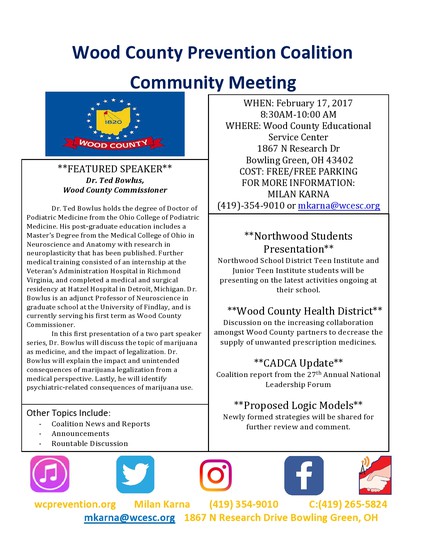 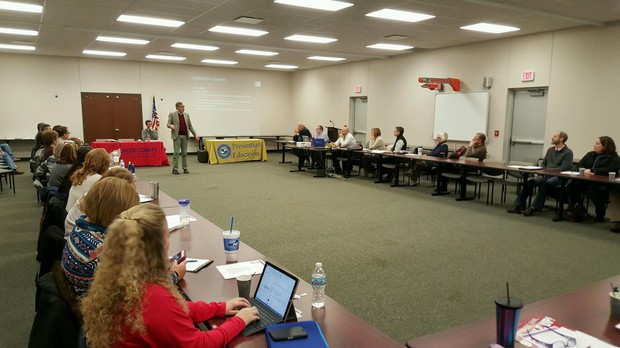 The first coalition meeting of 2017 is set for February 17th. An agenda will soon follow.
Get Directions