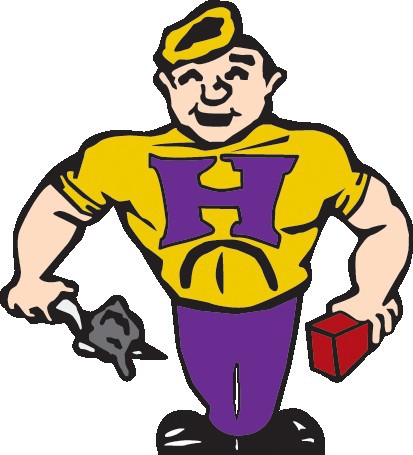 WHAT A WEEK! As the SCOH closed the book on the 2021-2022 school year with students cleaning out lockers Thursday, the spring sports season just kept going! Baseball and boys golf were both competing for a chance to advance to an IHSAA Regional and two proud Brickies gave it all they had at the IHSAA Track & Field STATE FINALS!!

I know Will Smith isn't the most popular guy right now, but there was a time long ago when he had the best ... (I SAY THE BEST) ... song for this time of year.

And lay back 'cause ... it's time for BricksCenter!! 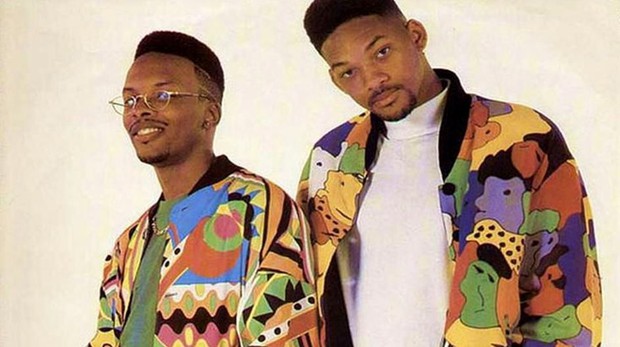 On an absolutely B-E-A-UTIFUL Saturday in Bloomington, Indiana University served as host for the 118th Boys Track & Field STATE FINALS! This spring, two Brickie tracksters ... juniors Cody Johnston and Gavin Miller ... were able to successfully navigate the IHSAA post-season and arrive in B-town with their sights set on doing something special.

Gavin was seeded in the 1st flight of the long jump competitors. He SOARED to a length of 21'07.25" on his 2nd attempt! When the 1st flight ended, Gavin was in 8th place ... the top 10 advance to the finals!! Unfortunately, the 2nd flight of competitors had some phenomenal jumps that pushed Gavin out of the group that qualified for the finals. For the day, he was 13th PLACE IN ALL OF INDIANA!!! Gavin, only a junior and making his 1st ever trip to the state finals, was AWESOME all year and got to experience the state championship up close and personal, which can only help him as he looks forward to his senior year and the possibilities that are out there for the taking!!

GREAT JOB GAVIN! WE ARE VERY PROUD OF YOU!!

The Pole Vault also began at 3pm, but Cody ... holding the #1 seed in the state ... did not enter the competition until much later in the day. In fact, when Johnston took his 1st jump at 15', most of the 27 competitors were already out! Still, Cody would have to be at his best if he wanted to match his brother Riley, who won the 2021 state championship. When the bar was raised to 15'06", 4 vaulters cleared ... all on their 1st attempt! When the bar was raised to 16', the crowd started to thin out as only two cleared the height ... Cody and Connor Burries from Center Grove. Next, the bar moved to 16'03" and Cody cleared on his 1st attempt again!! Burries missed on his 1st attempt ... lost his 2nd attempt due to waiting too long ... and then missed again on his 3rd & final attempt, which meant CODY JOHNSTON WAS THE 2022 STATE CHAMP!!! Cody wasn't done though ... he had his sights set on something higher. Next, he cleared 16'08" on his 1st attempt!!! Now he had officially cleared a height 2" higher than his brother Riley cleared last year at state :). For his final act on this memorable night, Cody had the bar raised to 17'06.50" ... a height that would set a new state meet record. He got closer to clearing the mark on each of his 1st two attempts, but ultimately was unsuccessful. On his 3rd & final attempt ... with the entire crowd at Robert C. Haugh Track & Field Complex cheering him on ... Cody raced down the runway towards immortality. As he planted the pole and soared into the air ... everyone in the crowd collectively held their breath. Cody pushed as high as he could towards the bar ... gave everything he had to set a new standard ................... but couldn't quite manipulate his body over and as Cody fell towards the pit, so did the bar. It was an INCREDIBLE EFFORT, but the record will have to wait until 2023. Nonetheless, Cody Johnston came home with a blue ribbon around his neck as the 2022 state champ - joining his grandpa JJ, Uncle Rob, cousin Kyle and brother Riley as Indiana's BEST!!

Cody is the 6th pole vaulter from Hobart High School to win a state title and will have an opportunity next spring to match '96 grad Keith Kline as the only 2x winner.

*Incidentally, Keith was on hand Saturday to cheer on Cody and will undoubtedly be back next spring to cheer him on again!! UNBELIEVABLE LEGACY!!

CONGRATULATIONS CODY! WE ARE SO VERY PROUD OF YOU!!!! 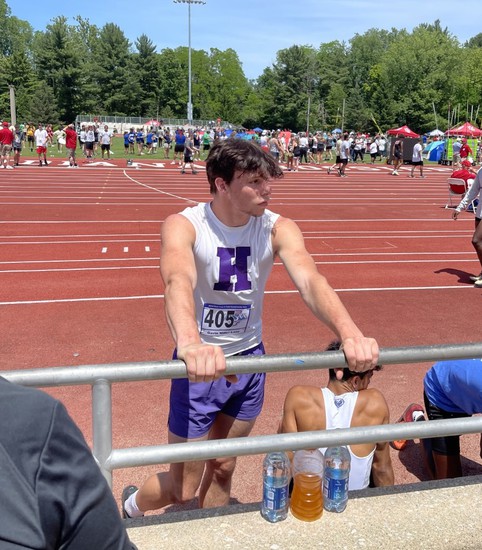 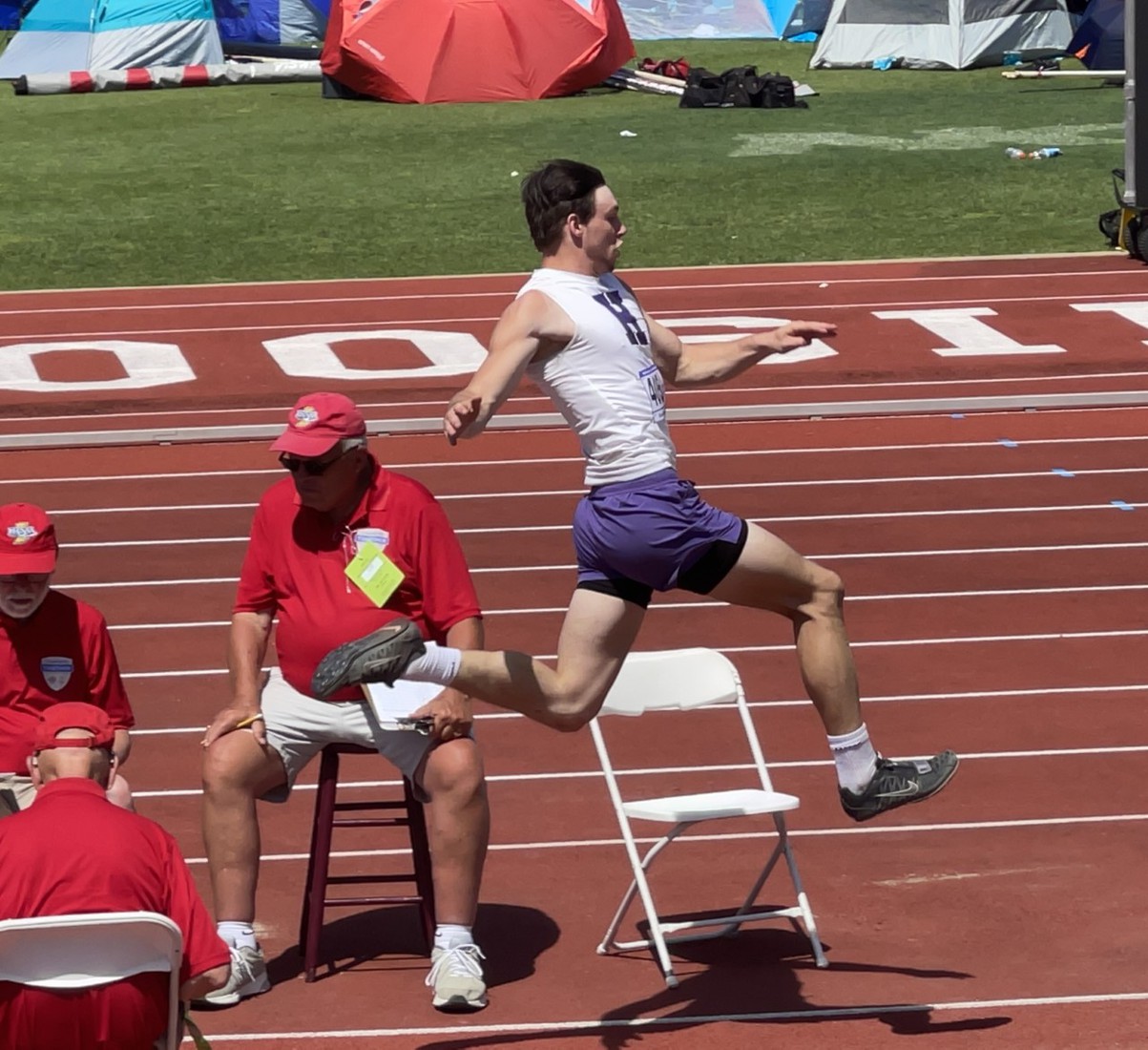 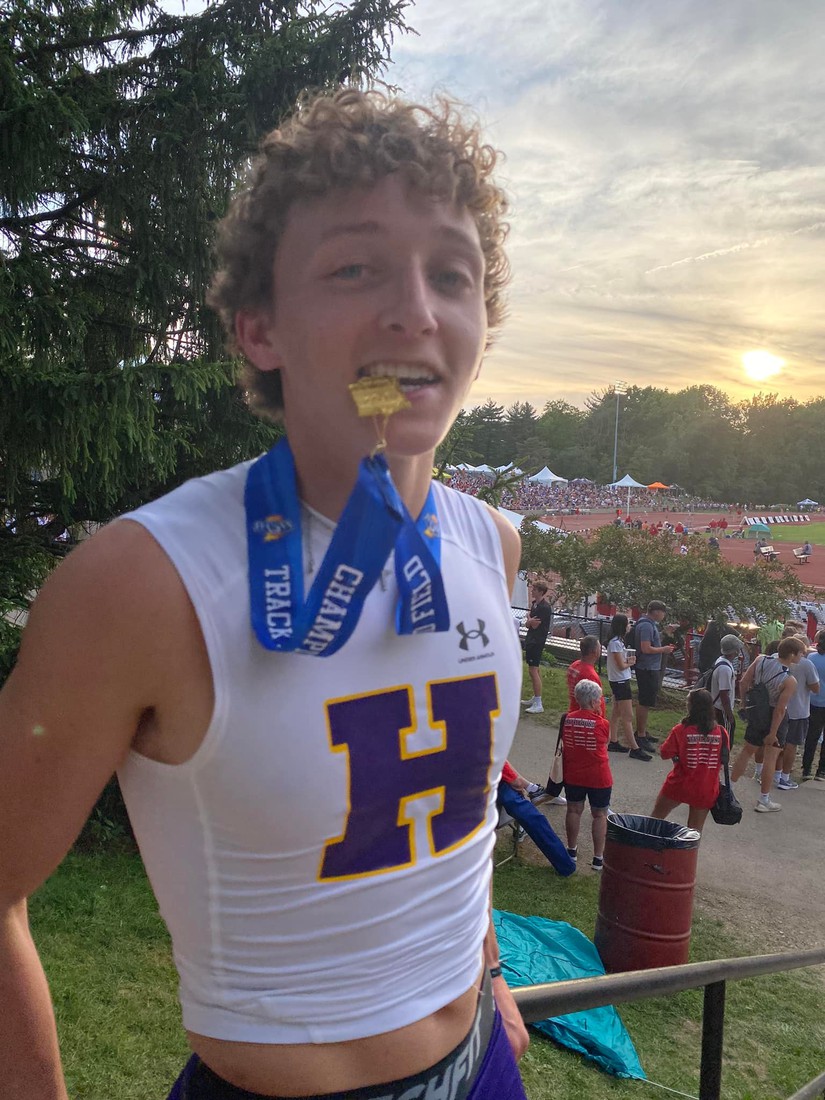 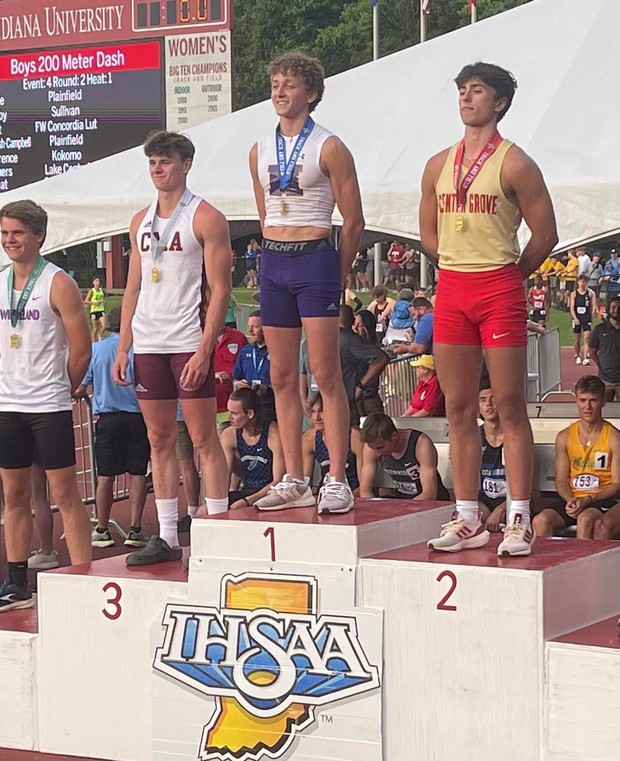 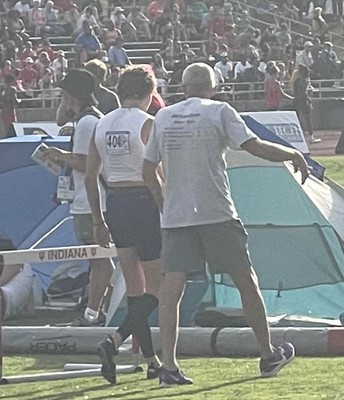 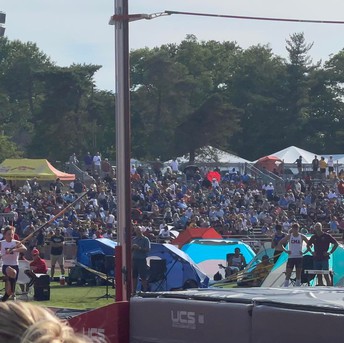 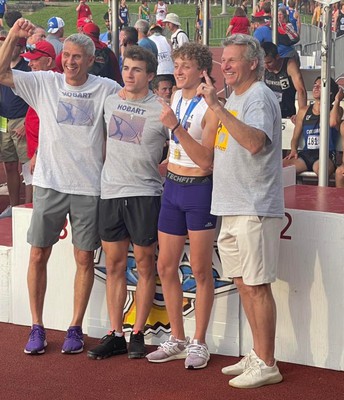 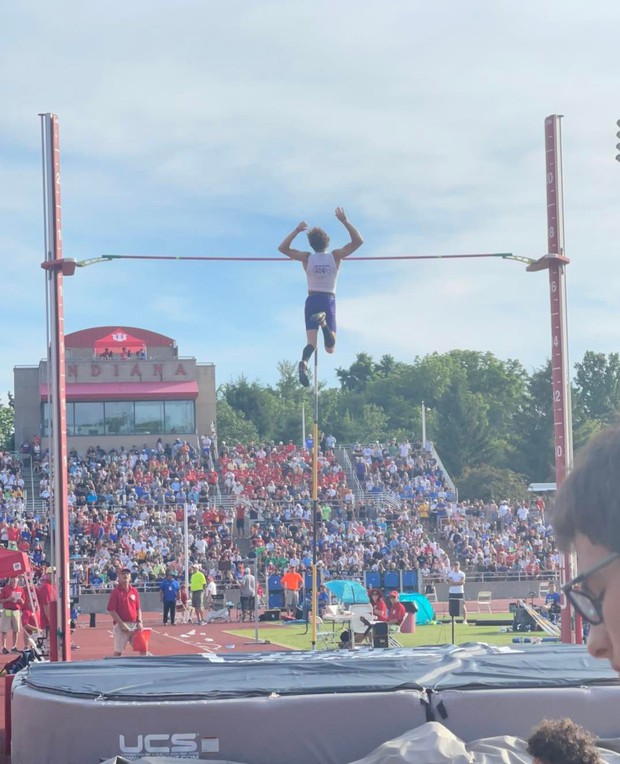 Check out what the NWI Times had to say about Cody's STATE TITLE in the Pole Vault!! 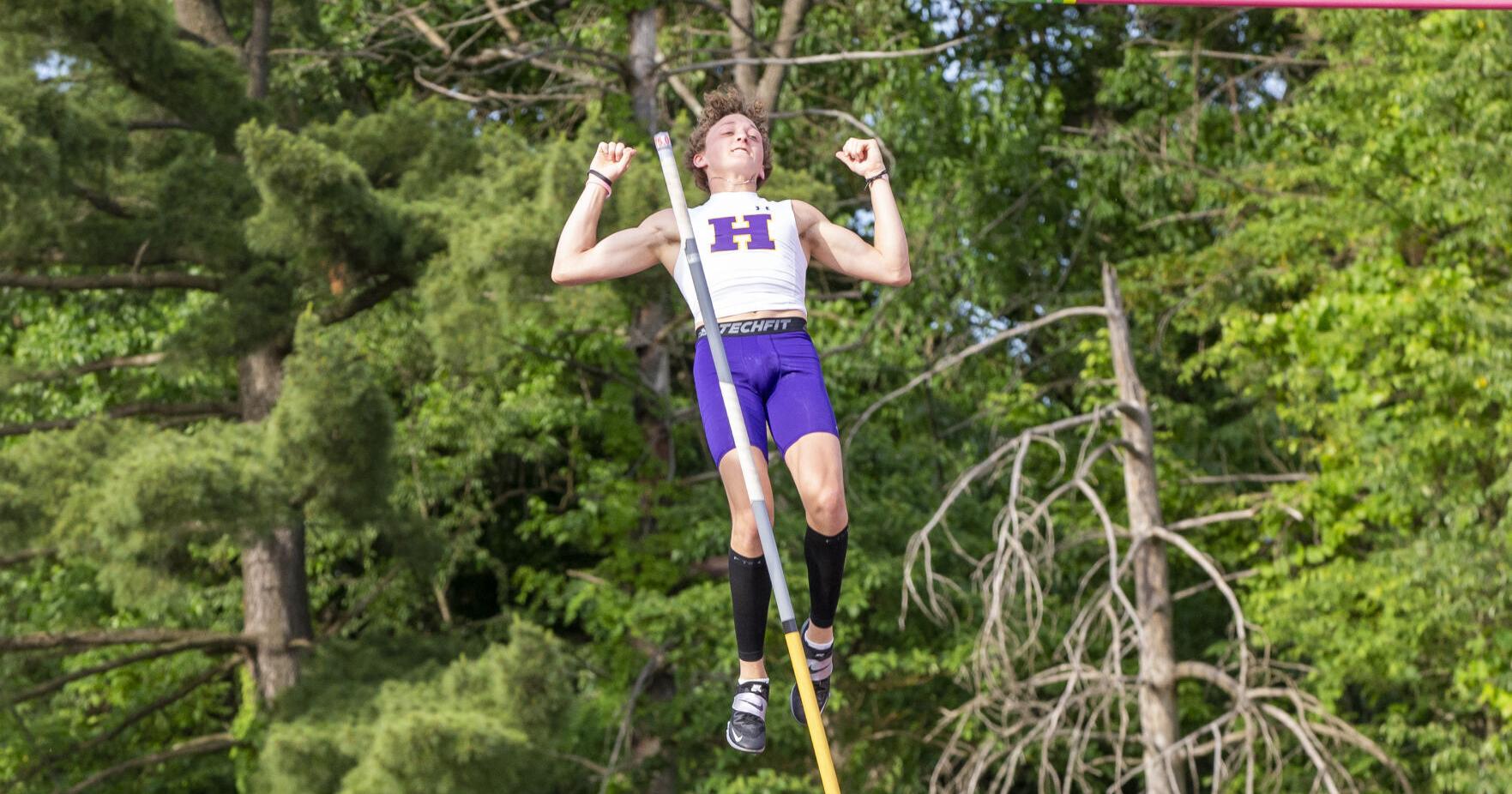 www.nwitimes.com
BLOOMINGTON - Cody Johnston stood in the staging area, staring forward at the bar situated 17 and a half feet away from the ground, the Indiana state record. He raised his arms above his head and began to clap, slowly.

The 2022 Brickies entered The Dance (aka IHSAA Post-season play) with possibly the toughest road they could've drawn. Our boys responded to the tough draw by BEATING Chesterton on a walk-off wild pitch score in the bottom of the 7th inning ... then came from behind against host Valparaiso and earned another THRILLING VICTORY with some 9th inning heroics from junior Kyle Feterick. This past Monday, the Bricks faced Crown Point for the title.

Early on, Hobart was in control as sophomore Jevan Andrews singled to start the game ... then stole 2nd and advanced to 3rd on a Feterick ground out. Andrews scored on a wild pitch and the Brickies held a 1-0 lead!! The Bulldogs came out swinging in the 2nd and plated 5 runs to go ahead 5-1. Andrews scored again in the bottom of the 2nd on a single from Feterick to cut into the CP advantage!! Unfortunately, that's as close as our boys would get the rest of the way as Crown Point ... a school with 21 sectional titles ... continued to pull away and went on to win 12-2.

The Brickies finished the season as the sectional runner up with 19 wins. Not too shabby for a group that routinely played loads a underclassmen (15 of 23 varsity players were either a freshman or sophomore). This group started 8-0, went toe-to-toe with the very best teams in NWI, and kept us cheering all season long! THANK YOU to our seniors ... Ivan Balboa, Ryan Flores, and Ty Vann ... for helping a young squad navigate a spring to remember. THANK YOU to Coach Howard and staff for all they did to develop a fine group of student athletes into a TEAM that pulled for each other. The future looks bright!!

CONGRATULATIONS to sophomore Jevan Andrews who stole 3 bases against the 'Dogs to tie the single-season record at Hobart with 38! As you know, Andrews just broke the career mark a week ago ... now he's already extending his own record as he has swiped a total of 70 bases so far in just 2 seasons! INCREDIBLE!! 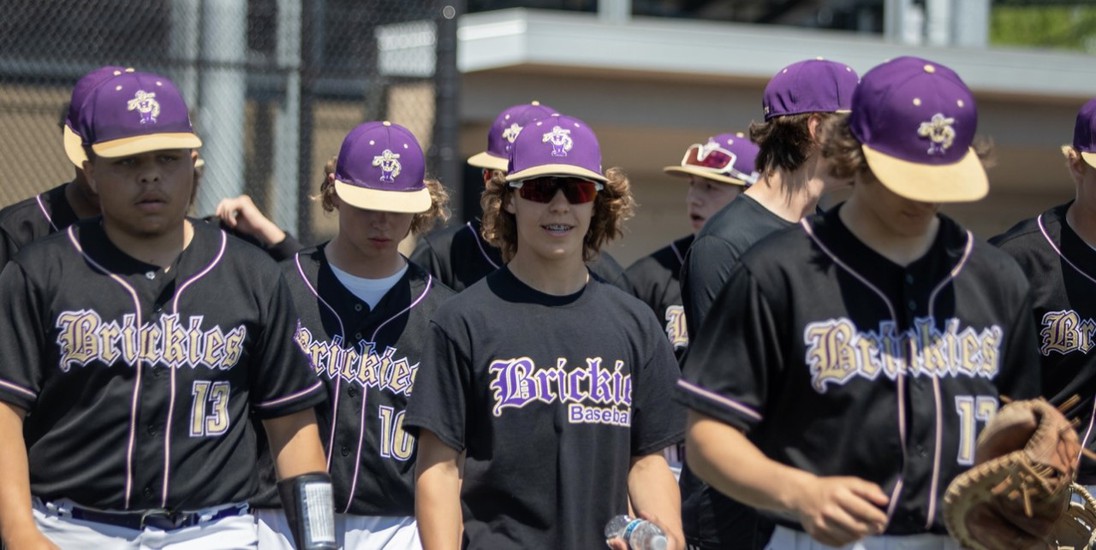 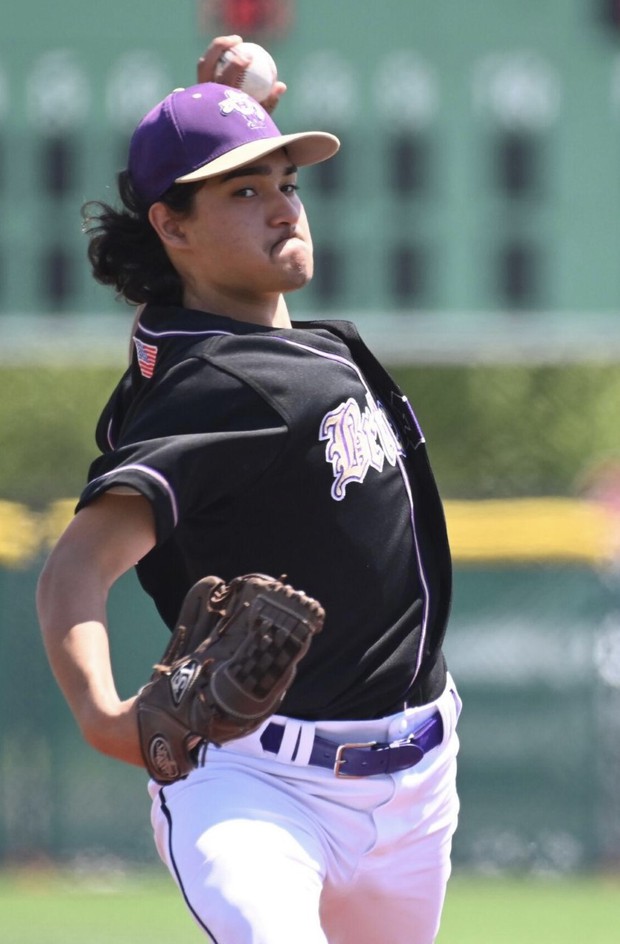 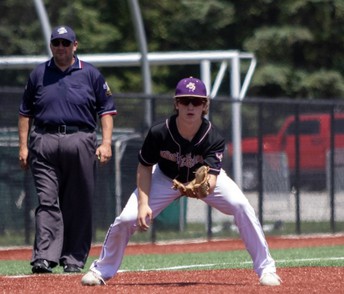 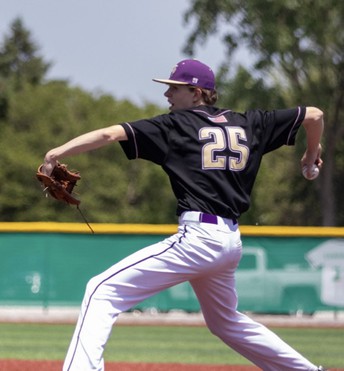 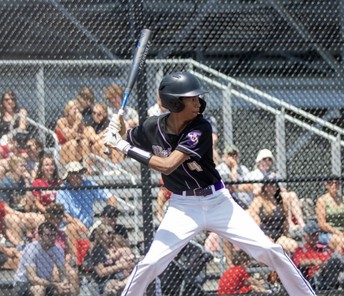 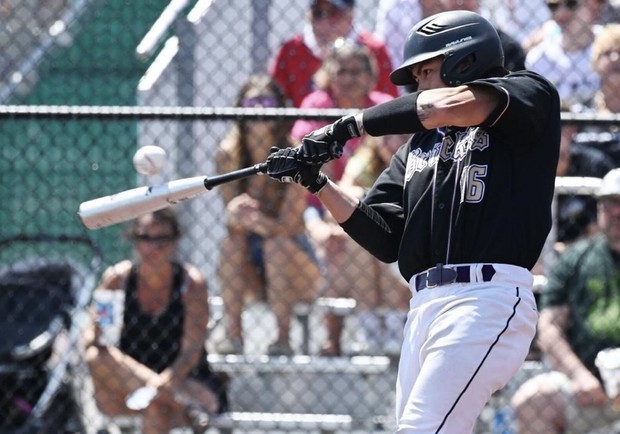 On Friday at Forest Park Golf Course in Valparaiso, Hobart participated in the IHSAA Golf Sectional. The Brickies have been showing steady improvement all season long and over the last few weeks have been playing their best ... I SAY THEIR BEST ... golf of the year!

Ok, in order to advance from the sectional to the regional, Hobart needed to either be one of the top 3 teams that post a team score, or shoot one of the top 3 low scores for an individual, excluding those individuals who advance with a team. Everybody got it? Ok ... here we go!

If you recall at the Northwest Crossroads Conference Championship, the Brickies shot 408 as a team ... 20 strokes better than they shot a year ago at the same meet. Friday in Valpo, the goal was the same ... shoot a season best and see where the tees may fall :).

As a team, the Brickies were FANTASTIC... combining our 4 best scores for a total of 390!! That's right ... on a more difficult course than the NCC championship was played on, our boys collectively shot 18 strokes better, which put them in 5th place overall!!!

Individually, senior Ethan Cover shot a 91 - the 3rd best score for an individual not on an advancing team, which means Ethan is headed to the IHSAA REGIONAL!!!!! This is the 5th time in 6 years that H-town has a regional qualifier. CONGRATULATIONS ETHAN!!! Rounding out the lineup for the Brickies were a slew of sophomores ... Ben Eberle, Parker Glass, Tommy Snemis & Hunter Kilar.

No question about it ... our boys SHINED BRIGHT on Friday at the sectional. Even though they fell 2 spots short of advancing as a team, this crew has a LOAD of potential with 4 sophomores in attendance and all of them factoring into a SEASON BEST score for the Brickies! Makes you want to tip your cap, doesn't it?

GREAT JOB this year boys ... and GOOD LUCK to Ethan as he competes at Sandy Pines Golf Course in the IHSAA Regional next Thursday with a chance to punch a ticket to state! 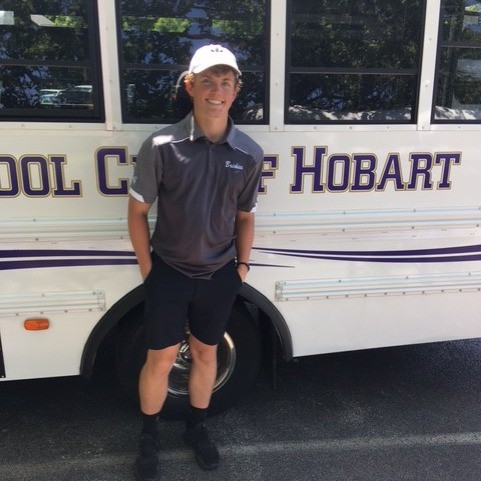 Next week will be the FINAL BRICKSCENTER of the 2021-2022 school year!

It will include an update on golfer Ethan Cover at the IHSAA Regional, our spring sports highlight video, and the Way Too Soon Sports Schedule for the Fall season ... at least the 1st event for each of our fall sports :).

Make sure to check your email next Sunday for our year-end recap!! 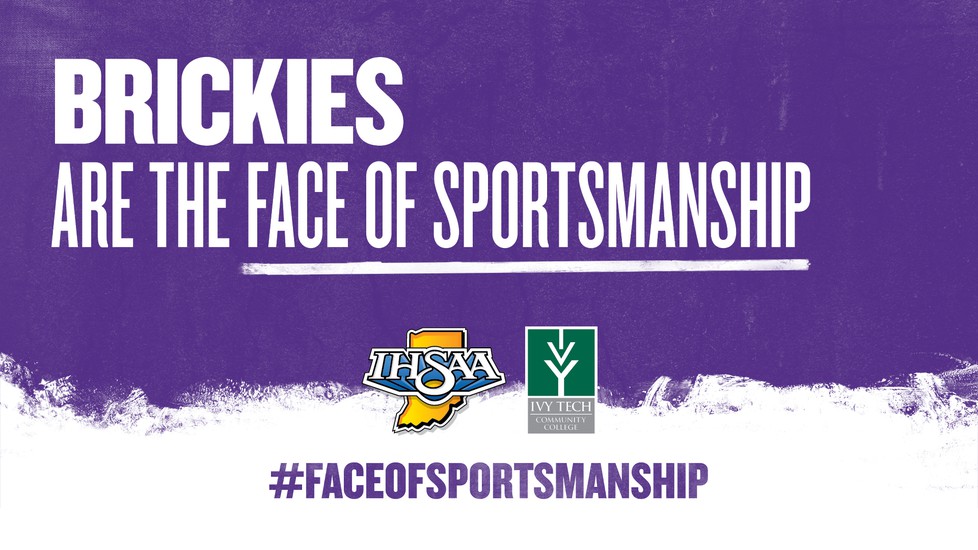 Follow Mike Black
Contact Mike Black
Embed code is for website/blog and not email. To embed your newsletter in a Mass Notification System, click HERE to see how or reach out to support@smore.com
close