Happy Holidays from the Technology Department!

At the start of the pandemic Google Hangouts (chat & meet) were enabled to help facilitate remote learning. Google has since rebranded Google Hangouts as two separate products Google Meet and Google Chat. Since students returned to in person learning this school year, the Technology Department has seen a dramatic decline in the use of Google Chat, and has also received some complaints from teachers of students misusing the program.

After a discussion with administration a decision has been made to prohibit student use of Google Chat in the new year. Google Chat for students will be disabled sometime during the December holiday break.

With the extended holiday break coming up, and the chance that people may be traveling, this is a reminder to refrain accessing free or unsecure wifi while accessing district information and data either from district owned or privately owned devices. Check out the video below for more information.

Prevent unwanted invitations from being added to your calendar

Google improved the "Automatically add invitations" setting to help prevent unwanted invitations from being added to your calendar. You can now choose to either:

These additional controls can help you manage your calendar with less manual work by ensuring unwanted events don't appear, and you see only the events that are important to you.

Last year, Google announced improvements for shortcuts in Google Drive. Shortcuts simplify file and folder structures in Drive by creating pointers to items, rather than having items which existed in multiple locations.

At that time, we also mentioned that we would be migrating existing files in multiple locations to shortcuts in 2021. This migration will now happen in 2022—see below for more information on the updated timeline:

We’re replacing files and folders that are stored in multiple folders in Google Drive with shortcuts. This change simplifies your folder and file structures and helps reduce confusion around files with multiple parent folder locations.

When a file is replaced with a shortcut:

Several weeks before the migration in your organization, end users will see banners in Google Drive notifying them of the change. This process is automatic and requires no action from your end users. After the replacement, users can move their file or folder to another location or add a shortcut in another location.

Previously, when using Backup and Sync to connect with a computer, it was possible to add a folder to an additional location using the “Shift+Z” function. Going forward, once all users have fully migrated to Drive for Desktop, the Shift+Z behavior will create shortcuts instead of a folder living in multiple locations.

As we continue to improve Google Drive, we’ve given our users more options to store and organize their files.

These updates are fully available on Google Drive for web — we will provide an update on the Workspace Updates Blog when they become available for Google Drive on mobile devices.

Additionally, because the original file’s permissions don’t automatically update when you create a shortcut, we will be adding prompts for users in the next few weeks to ensure your permissions are set how you want to. Previously, when you added a shortcut to a folder, users with access to the folder weren’t automatically granted access to the file at the other end of the shortcut. Now, when you create a shortcut, you’ll be prompted to give impacted users access. 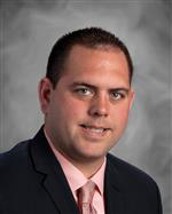 Follow Michael Kealy
Contact Michael Kealy
Embed code is for website/blog and not email. To embed your newsletter in a Mass Notification System, click HERE to see how or reach out to support@smore.com
close