Mimi Yoshiko Oliver, a half-black, half-Japanese 12 year old girl living in a mostly white town in Vermont, is the protagonist in the novel Full Cicada Moon. Mimi is many things, but most importantly, she has perseverance. Being able to persevere and not give up is important, especially because Mimi deals with a lot of racism because she is African American-Japanese. It is 1969, and Mimi wants to be an astronaut despite being a girl. Everyone laughs at her, but she doesn’t doubt herself. She changes people’s automatic assumptions about her, in a way that is not disrespectful or violent. Mimi gets a lot of advice from her loving and strong father. “‘Just remember,’ he says, ‘be kind, be respectful, and persist.’ ‘like raindrops on granite,’ I say, because we know that’s how I persist-drip, drip, drip, until the granite cracks.”(p.31). Without this character trait, Mimi would not be able to accomplish what she did without her incredibly important ability to persevere.

Spotlight on History: One Small Step for Man

The story, Full Cicada Moon, takes place in 1969. It explains many events that were happening at that time, and one of them was the first time man got to the moon. The rocket was called Apollo 11, and three men ventured to the moon in it. The men participating in this expedition were Neil Armstrong, Buzz Aldrin, and Mike Collins. The important moment of humans walking on the moon for the first time was broadcasted on television. The main character, Mimi, experiences watching Neil Armstrong say the famous words, “One small step for man, one giant leap for mankind.” “Timothy comes to our house at nine o’clock this morning to watch the launch of Apollo 11, which will carry three men to the moon… We wait to see a man walk on the moon for the very first time, ever… It’s almost eleven o’clock and Eagle’s hatch is open. I stare at the TV as Mama passes the bowl of popcorn. Neil Armstrong stands on the ladder, which he says is sunk one to two inches into the moon’s surface. Then he steps into the dust and touches a brand-new world. He says, ‘One small step for a man, One giant leap for mankind.’” (p.206, 212, & 213).This passage connects to the time period because it shows what watching the first man walk on the moon was like. The author explained how exciting it was, and how big of a deal it was. It must have been an amazing experience for Mimi and everyone else to watch this important historical event. 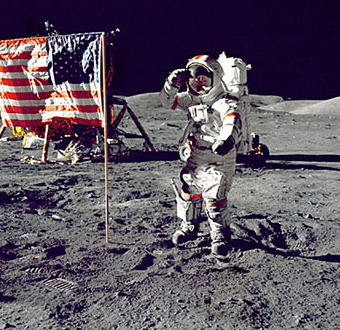 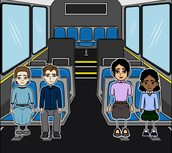 In this scene, Mimi and her mother are moving from California to Vermont. Mimi's dad already lives there, and they are going on a bus to meet him at their new house in Vermont. 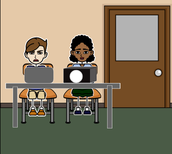 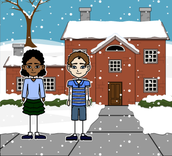 Mimi now lives next door to a boy named Timothy who is white. He lives with his Uncle who does not want Mimi and Timothy to talk to each other. They do anyway, and Timothy becomes Mimi's best friend.

1969 was a difficult time to grow up in America, especially if you were a half-black, half-Japanese girl living in a mostly white town in Vermont. That is how Mimi Yoshiko Oliver lives. In the historical fiction novel, Full Cicada Moon, by Marilyn Hilton, Mimi encounters many struggles, such as racism from almost everyone she meets, not being able to do something just because she is a girl, and people making assumptions about her for no reason other than the color of her skin. Luckily, Mimi has her wonderful parents by her side, along with Mrs. Stanton, an inspiring science teacher; a good friend, Stacy; and her next door neighbor, Timothy. With supportive people on her side, Mimi refuses to give up and continues to pave a bright future for herself.

Mimi went through a lot of struggles during the story. One of the main ones was not being able to take shop class because it was “only for boys.” The girls have to take home-ec instead. Mimi and her friend , Stacy decide to take a stand by sitting down in shop class and refusing to leave. This is a character vs. character conflict. Mr. Sperangio, the shop teacher, refuses to let them stay in class while he teaches. Mr. Sperangio says that they can either go back to home-ec, or to the principal's office. Mimi and Stacy choose the principal’s office, and Mr. Sperangio takes them there. Mimi and Stacy end up getting suspended for two weeks because of their actions, even though they were respectful to the teachers.Teachers in 1969 had a very different perspective than they have now.

The best part about this character vs. character conflict is the climax and the resolution. The day that Mimi and Stacy come back from their suspension, something amazing happens. Without Mimi or Stacy’s planning, all of the girls sit in shop class, and all the boys sit in home-ec as a protest. That was the climax because that was when the most action was happening. The teachers decide that they can no longer ignore this subject. The principal decides that while girls still can’t take shop and boys can’t take home-ec, there will be two new after school clubs. One is home-ec for both genders, and the other is shop for both genders. While this isn’t a perfect resolution, it is closer than they ever were before.

A Timeline of Events 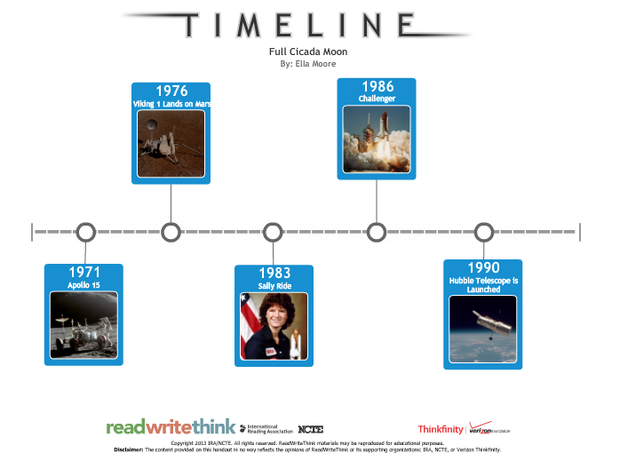