Hey Guys! It's me, Vincente Cordova. I'm planning a rebellion and you're all wecome to join us. I'll bring the money, since I'm a rich and connected Nacogdochian. You bring any side weapons you'd like. The Texans don't know we're coming, so keep it hush-hush "y'all"!

Who's Invited?
1) Any Mexican Nationals who were here before the 1820s and who's rights have been unprotected under the Texian rule
2) Any tribe of Native Americans, especially the Cherokees who want to own the land they've live on for generations
3) Mexican troops 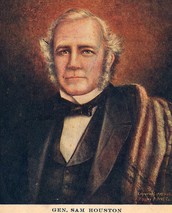 Early A.M. - Attack the Texians and drive them out of our Mexican state! We want to return to the glory of the Mexican Constitution of 1824 and return our land.
After that - Try to capture Sam Houston (pictured left) and kill him (and all Texans for that matter). We've already told the Cherokee that they can wipe Texas clean of whites.
Then - Honor the Mexican Constitution of 1824
Later - Give the Cherokee the property rights they have been asking for in East Texas. Sure we broke our treaty with them in the 1820s, but Texas broke their treat with the Native Americans as well! Let's take advantage of their anger towards Texas.

Sam Houston and the other Texians don't know that here is a secret alliance between the Mexican government, rich Mexican nationals who live in Texas, and the Cherokee tribe. They've captured or killed many of our friends and found documents hinting at this alliance, but they're not 100% sure at this point. 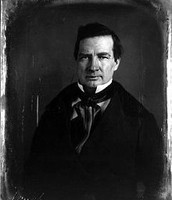 He's recently uncovered some documents from the Mexican government telling the Native Americans in Texas that they are free to slaughter every single Texian. It's a war of extermination! Ruck will probably ignore any commands from Sam Houston to pull back in this war. This guy is our enemy! 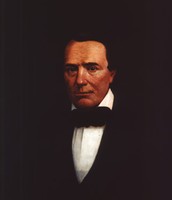 He's probably going to be the next president of Texas. Sam Houston really wants to be on friendly terms with Chief Bowles, but Lamar doesn't care. Rusk communicates better with Lamar because they think something is amiss.

Follow Charles Cooper
Contact Charles Cooper
Embed code is for website/blog and not email. To embed your newsletter in a Mass Notification System, click HERE to see how or reach out to support@smore.com
close