Nimrah is using Smore newsletters to spread the word online.

Get email updates from Nimrah:

The End of Poverty

Help kill poverty like it kills others. By Nimrah Khan

The End of Poverty

Help kill poverty like it kills others. By Nimrah Khan

Hello fellow reader, welcome to our battle, where we fight to end poverty. Poverty has grown to a dangerous extent. More than 3 billion people are living in poverty with 1 billion being just children. That's not fair! Put yourself in their shoes and imagine how life would be like. Being so poor while everybody else is rich. Being so unstable in life while everybody is else has found solid ground. Being unable to feed your children while others throw out excess food. Imagine living such an unfortunate life. We as "The End of Poverty" club have come together to put an end to poverty and making the lives of others a little more fortunate. We will be starting our club by holding 2 events: Healthier People Happier You and The Gift of Knowledge.

The world is split in two types of people. The fortunate and the less fortunate. The fortunate are blessed with a healthy and happy family, food to eat, clothes to wear, clean water to drink, a place to live in, and most importantly medical services. If someone said that a friend of theirs is feeling really sick and as a result he/she feels really weak. The general reaction would be to say "just tell him/her to go to the doctor and get some medicine". But what if they said that not everyone can afford to do that. People all over the world live in conditions that can eventually cost them their lives and they can't even afford to do anything that could improve their health. The End of Poverty club wants to end this, and assistance is required! On Friday June 24th a meeting in room 201 will take place at 3:15 p.m. From there volunteers will recruit as many people as they can as we march out the school at 3:30 p.m. and head to different grocery stores. Media coverage has been arranged in these stores. 5 volunteers will be needed per store. This is also a great way to get your 40 volunteer hours. At the grocery stores the task is to persuade the general public to donate a minimum of $10 towards this cause. The media at the stores will ask some questions and this will be broadcasted on the television and the school televisions. All proceeds will go to Chad, a country with the highest poverty rate in the world. In Chad, camps will be set up. These camps will be absolutely free for the public and will offer free snacks to attract people. At the camps, medical services such as doctors, medicine, and vaccinations will be available. This will help make the public in Chad healthier and as a result it will make the people who made that possible, happier. This action will be noticed by the public that's in the stores, by people watching the news, and will definitely raise awareness for the club and the cause in Rick Hansen secondary school! 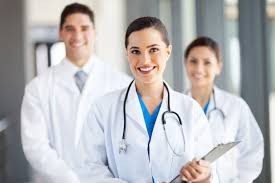 Some Grocery Stores That Will Be Visited

The NoFrills nearest to the school

The Gift of Knowledge

Often, in developed countries, knowledge is taken for granted. School is just something that is attended everyday. Homework is something that students do if they feel like it. Teachers are disrespected and classes are often bunked. But, that's only for people who know the doors of school are open for them at any time. However, there are some people in this world that live in countries like Haiti, Chad, Africa, to name a few, that are not fortunate enough to go to school. If they can, they have to pay a lot for education and often it is not affordable. Rick Hansen S.S. is a school all the students attend for free. But this is not even an option for people in other parts of the world. Education is very important. Your future employment and career depends on the type of qualifications you have from school. The End of Poverty club wants to take the initiative to help put an end to this. To do this, we will put up a bake sale and an ice-cream stand. This would be perfect on a hot sunny day. The bake sale and ice-cream sale will be held on June, 23rd,2016 during third and fourth period lunches. Posters will be posted throughout the school and announcements will be made at the beginning of the day and during third and fourth period to inform teachers and students. The bake sale prices will vary from $1.00-$3.00 and the same prices apply to the ice-cream sale. The End of Poverty club has teamed up with the "People For Education" organization. After our bake sale and ice-cream sale the money that we have earned will be donated to the "People For Education" organization who will help educate people throughout the world by providing teachers, books, etc. The goal is to raise approximately $300.00. That is not too much to ask for since 700-800 students attend Rick Hansen S.S.

Nimrah is using Smore newsletters to spread the word online.