A hard drive is a component that you can save things on for example: music, files, pictures and all other information possible to store. A hard drive also only has a certain amount of space to save things on and also has moving parts for example the arm which reads and writes the information on the computer. with the moving parts if you drop the device you can make the arm skip which makes the computer a bit unreliable.

SSD stands for Solid State Drive and is a device very similar to the hard drive. The SSD is a lot thiner that the hard drive and it has no moving parts so it cannot glitch as easily as the hard drive. all of those reasons mean that it is quite a lot more expensive.

this is the inside of a hard drive.

this is what an SSD looks like it is a lot thiner than the hard drive.

this computer used and SSD that is why it is so thin and it has not optical drive so you can only download things from the internet.

An optical drive is the device that you put and form of optical disc in. For example a DVD, CD and for the new genaration of optical disc you can also watch a movie that is in Blu-Ray. the way an optical drive work is a laser. The laser reads the disc and plays it on your screen and this is a very reliable way of doing things. 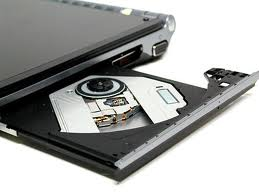 monitors are electronic devices that show what you are searching or anything like that on your computer. On a mobile phone it is not called a monitor it is called a screen but in less technical terms, the monitor is the same thing as a screen just quite a lot bigger. Televisions also use moniters. Some types of moniters are: LED's, LCD's, Plasma, OLED's and CRT's. CRT's were the first kind of moniters on this planet, it is a very confusing type of moniter teh reason for this is because it uses tubes and gases and is a lot more complecated than nowerdays. monitors have little pixles inside them and each time you do something on the computer a light is shined through them and the screen changes. High Definition (HD) monitors have more pixles which means it will have a better quality monitor and a much clearer screen. So the more pixles in the monitor means the clearer screen for the used but this means the more pixles, themore expensive 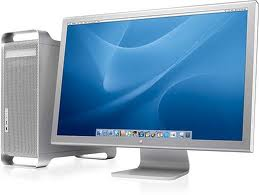 RAM stands for random access memory. The reason for the for RAM is to store lots of memory temporeraly at the same time, so it means that you can have many programs up at the same time and it will still be the fastest it can be. if a computer did not have a RAM then you would only be able to have one program up at a time and if you were on the internet then you would only be able to have one tab without the computer freezing and having problems while using so if you get a computer you will have to make sure that there is a RAM in there( there are rarely any computers in the world without the ram technology.) RAM's are some of the most important things in the computer. the RAM is connected to the motherboard which is arguable the most important part of the computer. the higher GB in a RAM hte faster the computer.

Facebook @dingobingodollars
do not call number(not real) and all of the contacts are fake do not use
Boaz Street, University Park, TX zob@homug.co.uk 07825674511 zob.co.uk

Follow james hall
Contact james hall
Embed code is for website/blog and not email. To embed your newsletter in a Mass Notification System, click HERE to see how or reach out to support@smore.com
close