Get email updates from Cascadia Tech:

Thank you for viewing our online newsletter. In the articles below, you'll find stories on former students from Fire Science and Culinary, information on sophomore tours, find out about grants that Cascadia has received, and a thank you to our Foundation. Thank you for your support.
20 21 Newsltr #3

Sophomore Tours is a long-standing tradition at Cascadia Technical Academy. The tours provide Clark County sophomores an opportunity to come on to campus to tour programs of interest.

Cascadia is taking those tours virtual this year. Prospective students will be using an online platform called Brazen. Each of the sending high schools will have an "event" that students will have the opportunity to attend.

In the "event" students and parents will have the opportunity to view pictures and videos of program(s) of interest and text chat with instructors and students.

The virtual Sophomore Tours will take place throughout February 2021. The high school schedules are below. Please contact us if you have questions regarding the virtual sophomore tours at 360-604-1050.

Director, Joan Huston states, "Although we cannot have visitors on campus, we feel these virtual tours are the next best thing. We look forward to seeing many potential students at the tours." 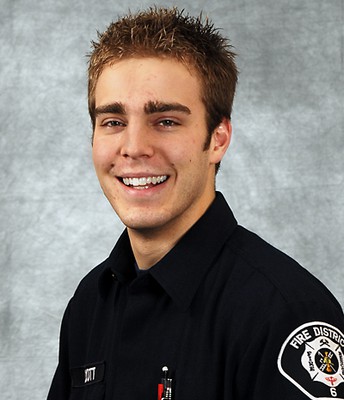 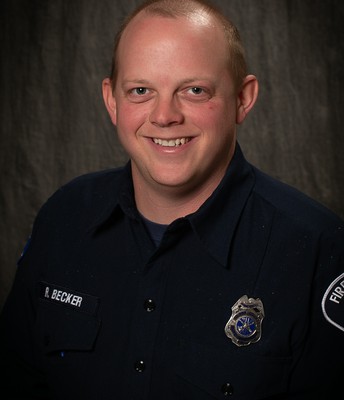 Fire Science graduates Jordan Scott (2005) and Remington Becker (2004) are both current Firefighters in Clark County and instructors for the Fire Science Program. Both former students shared that the program laid a strong foundation for a fire service profession. Each have post-secondary educational training, initially served as paramedics early in their careers and have flourished professionally in the field the past 15 years.

Captain Scott is the first Cascadia Tech Fire Cadet at Clark County Fire District 6 to be promoted to rank of Captain. A life-long desire to help others, is the perfect character trait to becoming a firefighter. He shared that it was important to him, even as a high school student, to secure a rewarding job that would also be a career. He rose quickly in the program to Battalion Chief by the end of his junior year, being responsible for four companies of 3-4 people.

At the end of the two years, the certifications and training he earned while attending the program would allow him to be placed directly into a Fire Service position. However, Jordan chose to pursue being a paramedic first, by attending college and volunteering as a Firefighter/EMT, to fully round out his experiences and training.

"The Fire Cadet Program is a must if you are thinking about being a firefighter someday. For those that are unsure about it, the Fire Cadet Program is the perfect way to experience the job, and find out if it is really something you want to pursue. I am very grateful for the chance to have been a Fire Cadet. I would not be where I am without it,” stated Scott.

Clark County Station 3 Firefighter Paramedic Remington Becker, is a 2004 graduate of the Fire Science program. After learning about the Cadet program during the school’s orientation, he signed up. He shared that at the time, he lacked direction but after meeting the instructors and learning about the class, he said it was probably one of the best decisions he made as a high school student. The course not only prepared him for a career in Fire and EMS, but applied to life in more ways than he ever expected.

Attending the Fire Science class during his junior and senior years taught him personal and professional skills as well the ability to work under stress, through the hands-on aspect of the program. For Remington, this was “the fun stuff!” The real life challenges presented to the students made him realize he was more capable of doing things, of pushing himself to complete tasks and working as part a team.

Following high school graduation, he knew this was the career for him and at the time, the quickest way to employment as a Firefighter was completing Paramedic training. At Portland Community College he earned an Associate degree in Fire Science and Paramedic certification. The next 10 years he worked at American Medical Response, where he solidified his skills as a Paramedic.

However, the call to return to doing the 'fire stuff' could no longer be ignored. He started testing for local fire departments and shared he was fortunate to be hired by Fire District 3. He continued sharing that part of what they based their hiring decision on was his history as a Fire Cadet at Cascadia Tech and interactions on medical calls while working for AMR.

After just five years at Station 31, in addition to his firefighter and paramedic duties, Remington is an EMS evaluator, Cadet instructor and serves as Acting Captain. He stated, “My co-workers have become family and I feel an equal part of a larger team - one where I not only get to help the new Cadets and employees learn, but I get to help make things at least a little better for people who may be having the worst day of their life. If it had not been for the Fire Science program, who knows where I would have ended up.”

His advice to today’s Fire Science students is to, “Never give up. Listen and learn as much as you can because the things you will learn can apply to many others, inside and outside of the fire service.” 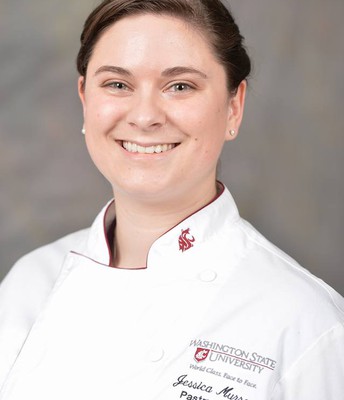 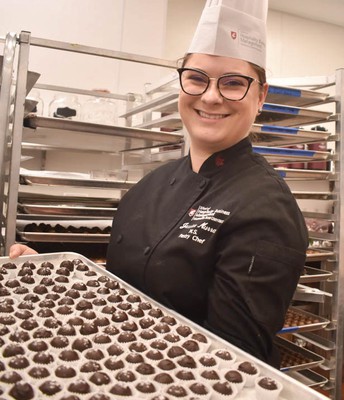 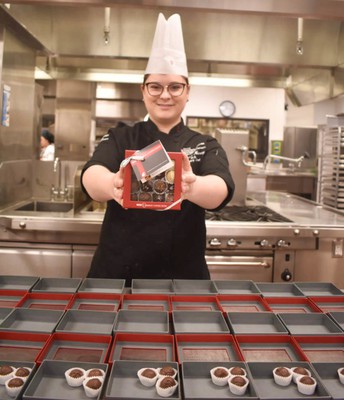 Jessica is a 2010 graduate of the Culinary, Baking and Pastry Arts program. Growing up on a farm in rural southwest Washington, she was accustomed to using fresh ingredients in home cooking, which received further nurturing under the teachings of Chefs Andrew McColley and Gregory Retchless, while attending Cascadia Technical Academy.

In the words of her former Cascadia instructor, Andrew McColley, “Cooks know how, chefs know why” became the mantra for Jessica while completing her PhD in Hospitality and Business Management at Washington State University’s Carson College of Business, spring 2021. Her ultimate goal is to teach and continue in food sciences research.

Her PhD educational path includes completing an Associate of Arts degree at Clark College and a dual Bachelor's of Art in food science and hospitality business management at WSU. Her studies in food sciences expanded upon the “chefs know why” piece of her mentor’s saying. McColley adds, “now Jessica can prove it on a molecular level."

A recent article in the eDividend, the official online magazine of the Carson College of Business, Jessica stated, “It helps you understand the chemical processes, the microbiology, the physics, and technically, the engineering that goes on during food preparation. It brings them all together.”

She is a multi-published writer and researcher. Her credits include helping to test a newly developed wheat flour by the US Department of Agriculture, which is currently being used in a local Pullman, WA pizzeria and being instrumental in the launch of Crimson Confections, a student-led on campus chocolate business. In addition, she has co-authored several articles and is featured in the cookbook, "Crimson Spoon."

“She makes us look good," said Chef McColley. "I love when the student can come back and help me further my knowledge."

The health sciences programs, Dental Assisting, Applied Medical Assisting, and Cosmetology were awarded a $25,000 High Demand Grant from the Office of Superintendent of Public Instruction (OSPI). This grant will allow the programs to purchase a human anatomy virtual reality tool, which will allow students a hands-on, realistic view of the body.

The Pre-Engineering program received a $26,000 Aerospace Core Plus Grant. This award will allow the program to align with Boeing's Aerospace curriculum. The course upgrades will occur this school year.

The Applied Medical Sciences 2 program was awarded a $3,000 In-Demand Health Care Occupations Grant from OSPI. This will allow the program to purchase artificial arms allowing students to simulate drawing blood from patients and practice phlebotomy skills.

The Health Care Occupations Association (HOSA) club was awarded $500 from OSPI to assist with student leadership dues and registration costs.

American Airlines awarded the Aviation program a Flight Education Grant of $25,000 for the program to purchase an additional flight simulator.

The Aviation program also received an Enhancing Robotics and Drone Technology grant from OSPI in the amount of $2,500. The funds will be used to purchase drones for the program.

"We are very thankful for these grants and are excited for our students to use the industry-standard equipment and help offset leadership organization costs," said Joan Huston, Director. 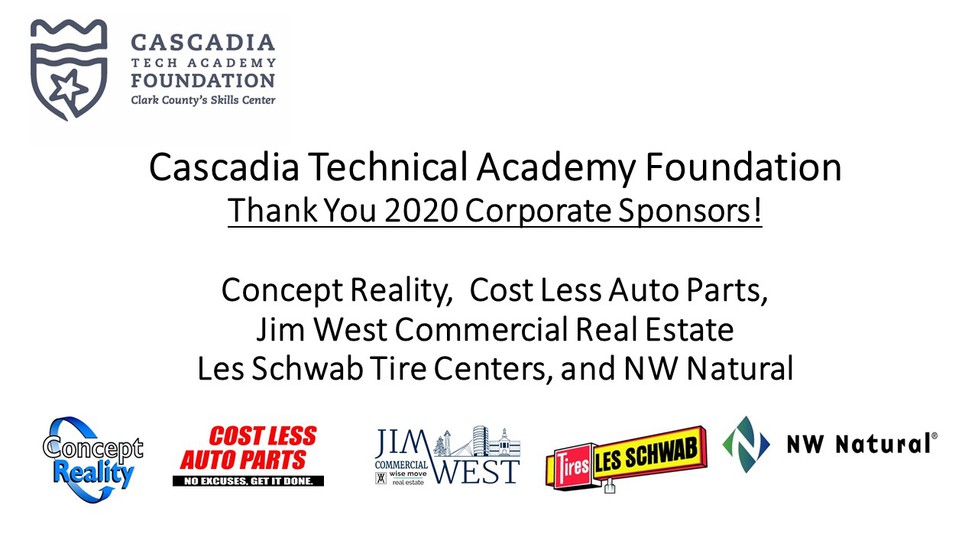 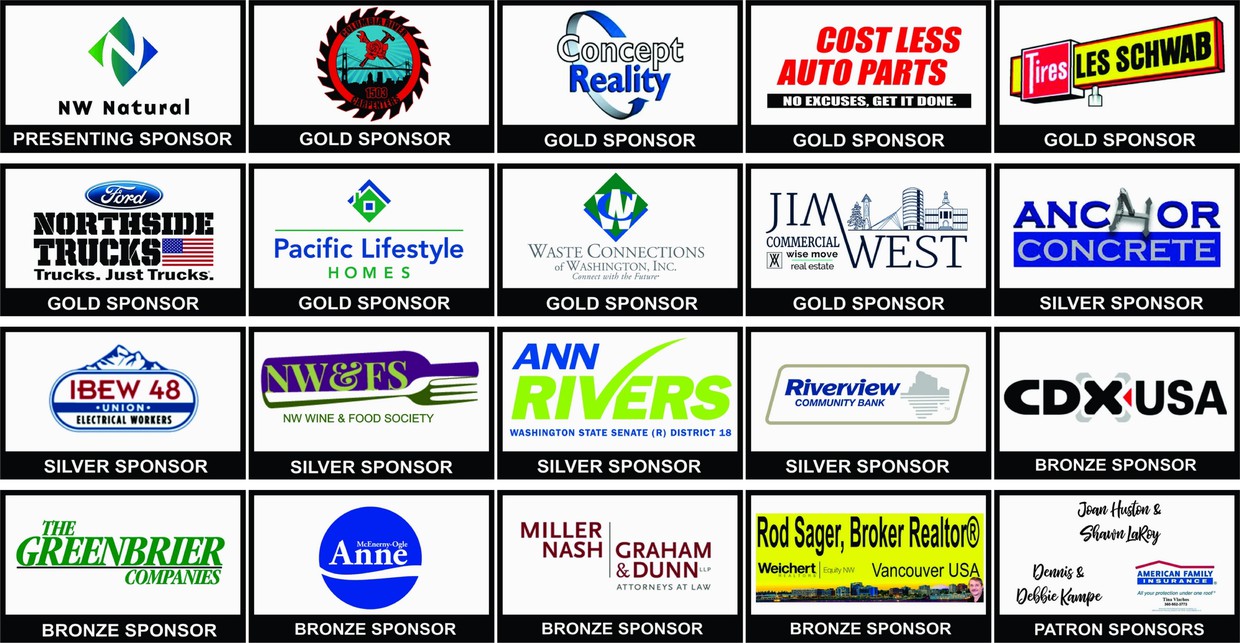