Tomea is using Smore newsletters to spread the word online.

Get email updates from Tomea:

Two advantages of sharing online: Get information out quickly. You won't lose it because once it's out there it'll stay out there.

Two disadvantages of sharing online: If you delete it, it can still be out there. If you aren't careful about what you post you can lose your job or not get scholarships.

Personal information you should keep private online: where you live, password, social security.

Effect that a negative online post or message: If you post the wrong thing online you can lose your job or not get a scholarship that you had. Even if you delete it the post can still be seen.

What is cyber bullying? Cyber bullying is using an electronic device to bully someone. An example would be commenting something hurtful on someone's post or post something mean or harmful about someone.

What can the victim do?/ What can you do to de-escalate the situation? The victim can tell a teacher or parent and see if there is anything they can do and you can also block them and report them on social media. 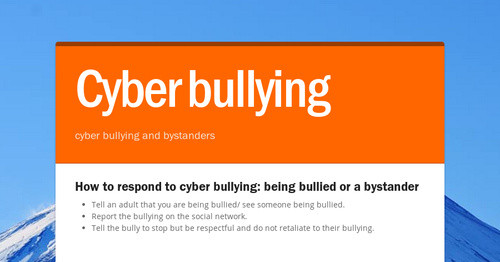 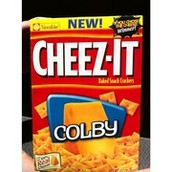 Similarities- both want you to buy their product and they both use new and improved advertisement.

Differences- One is selling food and one is selling an iPhone and they are trying to see to a different audience than the other.

The message it is trying to accomplish is that is is better since it is new and that you should buy it.

Body Image in the media

I think it is inappropriate and unethical because they are showing people who want to look like the picture something that is unrealistic and unable to get.

docs.google.com
Choose from a wide variety of shapes to create diagrams and charts. Free from Google.

Violence in the Media

The effect that violence in TV and video games has on children is that they think if they hit someone or try to hurt someone that they won't get in trouble and that it'll be okay if they do.

I agree with the statement "violent video games and movies teach kids to kill" because in movies and shows when there is a problem they usually just kill the bad guy and they want to cheer for the good guy and in video games they just have the player going around killing people, sometimes for no reason.

The hardest device for me to give up would be my phone and texting because I wouldn't be able to to talk to people I don't see everyday. The experience would tell me that technology takes up a huge part of my day and I can do a lot of other things with the the amount of time I use my phone.

Tomea is using Smore newsletters to spread the word online.