Kat is using Smore newsletters to spread the word online.

Get email updates from Kat:

What is the Flu?

Influenza, a medical name coined in the 1700’s, is a respiratory virus that is very common among people worldwide. The “flu season” or highest volume of flu cases reported in the United States takes place from October to February, while countries in southern latitudes experience this outbreak from May to September. These seasons line up with the coldest months in each of these locations. The flu virus, spreads through the air. It is more stable in cold air and the low humidity of winter allows the virus particles to remain in the air longer thus explaining why the virus is more common during certain times of the year.

The flu spreads through both direct and indirect contact with infected people. Droplets produced while talking, coughing or sneezing can be carried up to 6 feet away to infect another person; and even touching infected surfaces, followed by touching ones face, especially eyes and mouth can lead to 'self' contamination.

Particles can travel in air and infect people up to 6 feet away. 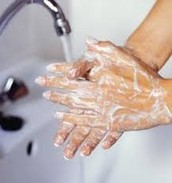 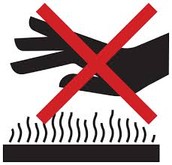 · Pneumonia: Due to fluid build up (mucus) in lungs

As the flu is a viral infection and normal Anti-bacterial drugs have no effect on viruses, it is treated with Anti-viral drugs. These drugs are not sold over-the-counter and are strictly by prescription. Currently, the U.S. FDA has approved and recommends 3 anti-viral drugs which include: Tamiflu®, Relenza®, and Rapivab®. Typically, these drugs are most helpful after no more than 1-3 days of flu-like symptoms, and help to, lessen severity, shorten duration, and prevent further complications. While they still lessen severity after the initial 3 days, they are no longer guaranteed to shorten the illness. Therefore, for older people (50+) or those with weak immune systems, it is important to catch thee symptoms early to prevent andy further complications. 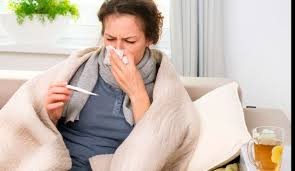 Why do Flu shots change yearly?

· As the virus replicates, the genetic sequence may change leading to viral resistance to one or more of the antiviral drugs used to treat or prevent influenza.

What are the sources of new viral strains?

- Usually emerges from an animal population, such as N1H1

· Antigenic drift- Small, continuously changing changes in the DNA as the virus replicates

- Usually produce viruses that are pretty closely related to one another

· Type A can undergo both types of shifts, but B only changes through antigenic shift

Assessing the Severity of the Flu each year

This group of pandemic researchers from the CDC has developed method by which they assess the yearly risk of the flu outbreak each year. They initially breakdown the analysis into two subcategories

-Public Health Impact: Potential severity of human disease as well as burden on society (i.e. sick days), due to virus

After assessing the virus in the initial two categories, researchers then evaluate the 'novel' virus based on ten criteria. Each of the criteria is then weighted statistically based on the significance of each to the two initial scenarios. These ten criteria can be separated into three distinct groups:

-Properties of the Virus

-Attributes of the Population

-Ecology and Epidemiology of the Virus

After completion of the statistical analysis of one flu season, it is then compared against records of past seasons to then determine overall severity.

In the past century major pandemics have occurred 4 times, resulting in a large number of deaths. The most devastating of these occurred from 1918-1919, known as Spanish Flu A. This outbreak originating in China caused 500,000 deaths in the U.S., and 20 million worldwide, yet strangely enough, China experienced the lowest mortality rate in the world, possibly due to the previously built up immunity to the virus. It is theorized that this pathogen was spread worldwide due to the mobilization of Chinese Laborers throughout Canada and Europe, and was a strain of the H1N1 virus.
Get Directions

Another pandemic occurred from 1968-69, when the Hong Kong Flu caused 700,000 deaths worldwide. This outbreak began in July of 1968 with the emergence of the Type A H3N2 a shift in the H2N2 virus that caused the Avian flu pandemic of 1957. This strain was highly contagious, but due to retaining the neuraminidase (N) antigen many people exposed to the 1957 virus had built up previous immunity lessening the severity of the virus. This pandemic began in July in Hong Kong, and by December had spread throughout most of the continents. The first cases appeared in the United States in September of 1968 brought by soldiers returning to California from Vietnam.
Get Directions

What You Should Know About Flu Antiviral Drugs| Seasonal Influenza (Flu) | CDC. (n.d.). Retrieved from http://www.cdc.gov/flu/antivirals/whatyoushould.htm

Kat is using Smore newsletters to spread the word online.