Chronicles of Bicycling in the Equality State

Chronicles of Bicycling in the Equality State

In the late 1890's, an experiment took place through the plains and mountains of Wyoming, Montana, Nebraska and Missouri to test the bicycle as a military transportation device. Such an experiment was taken on by a regiment of black men in 1897.

Lieutenant James Moss and the men on their wheels.

The corps stops to visit Mammoth Hot Springs in Yellowstone.

The effort to take the picture!

The men haul their bikes up to the terraces of the Hot Springs.

Reenactment by University of Montana students in 1974 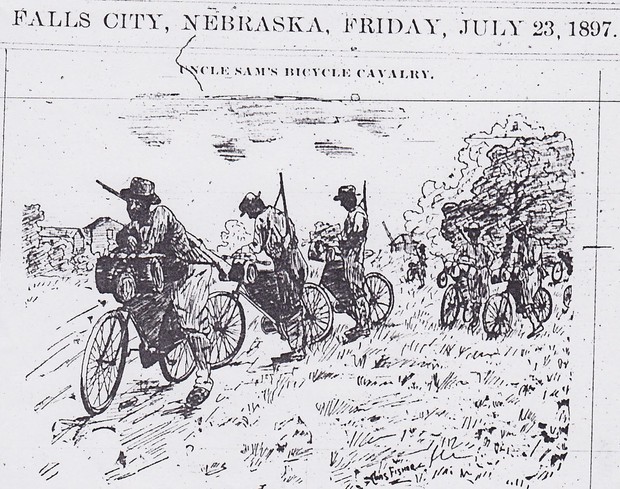 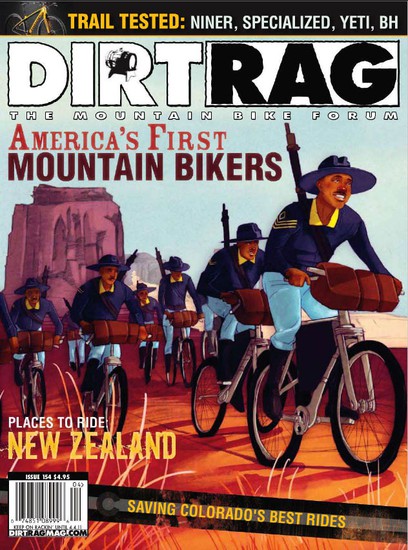 Reading further...what else is out there. 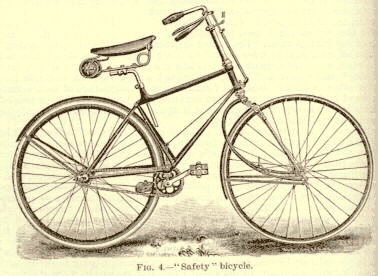 The Safety Bicycle of the late 1800's

The first bike to have... 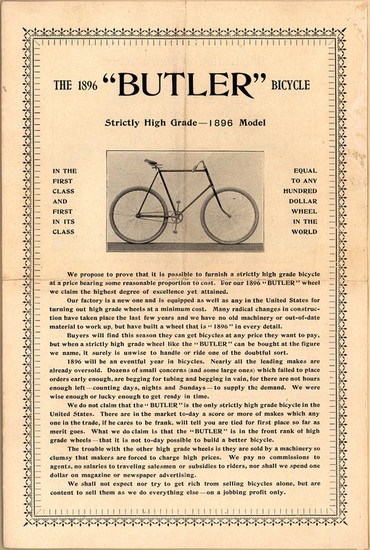 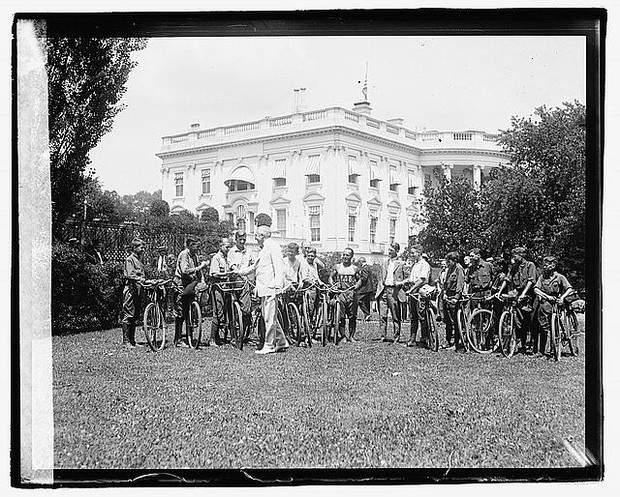 Archie Roosevelt on a Bicycle 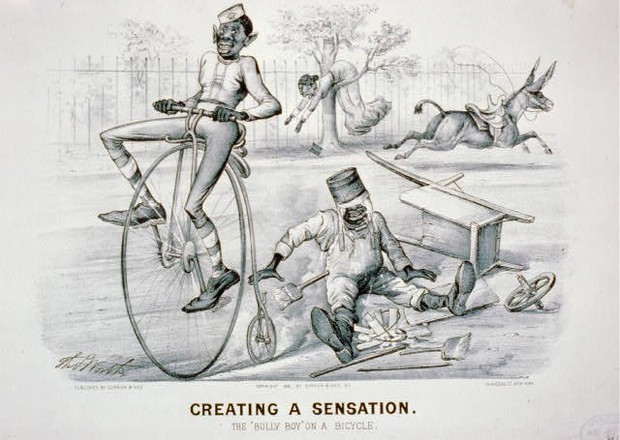 Old bicycle used as a sign for a repair shop in Thompsonville, Connecticut 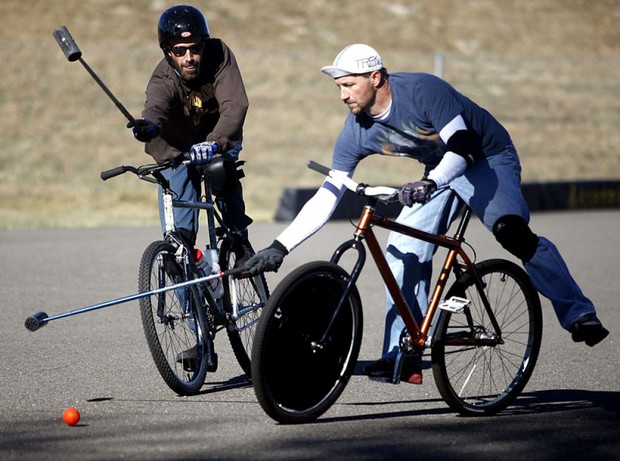 primaloutdoorsmagazine.com
(Updated 6/22) LMBS Race #1 photos. It was sweet being out on the course, shooting this race and seeing the tremendous positive energy. I look forward to racing as soon as my rib heals! I went down hard a week before the Gowdy Grinder (still raced in the Grinder though) and the rib is still…