Get email updates from Gordon Parks: 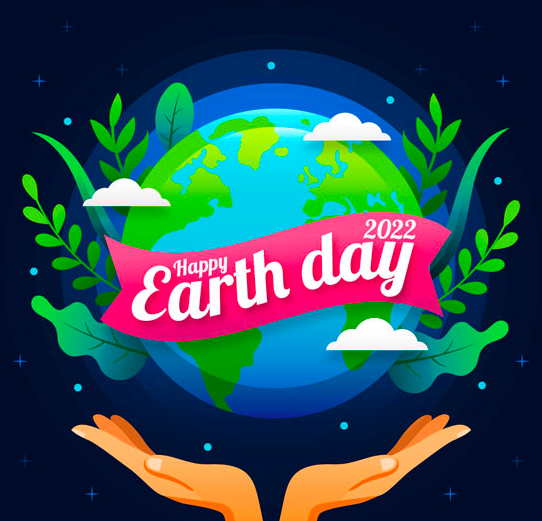 Believe it or not, there are sunny days ahead. This is an exciting time for Gordon Parks High School students. We're about a month away from graduation. Our graduating seniors are now completing their final credits. We're also beginning a new FLEX Friday cycle, and will be taking advantage of the warm weather for outdoor learning.

Mark your calendars for a Midway Peace Park event on May 26th. More info forthcoming! 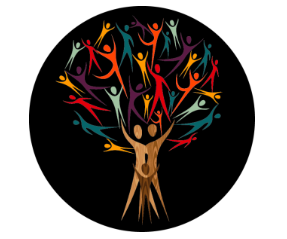 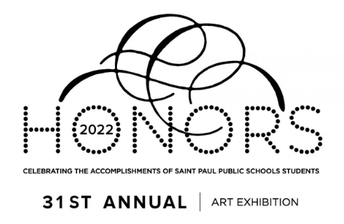 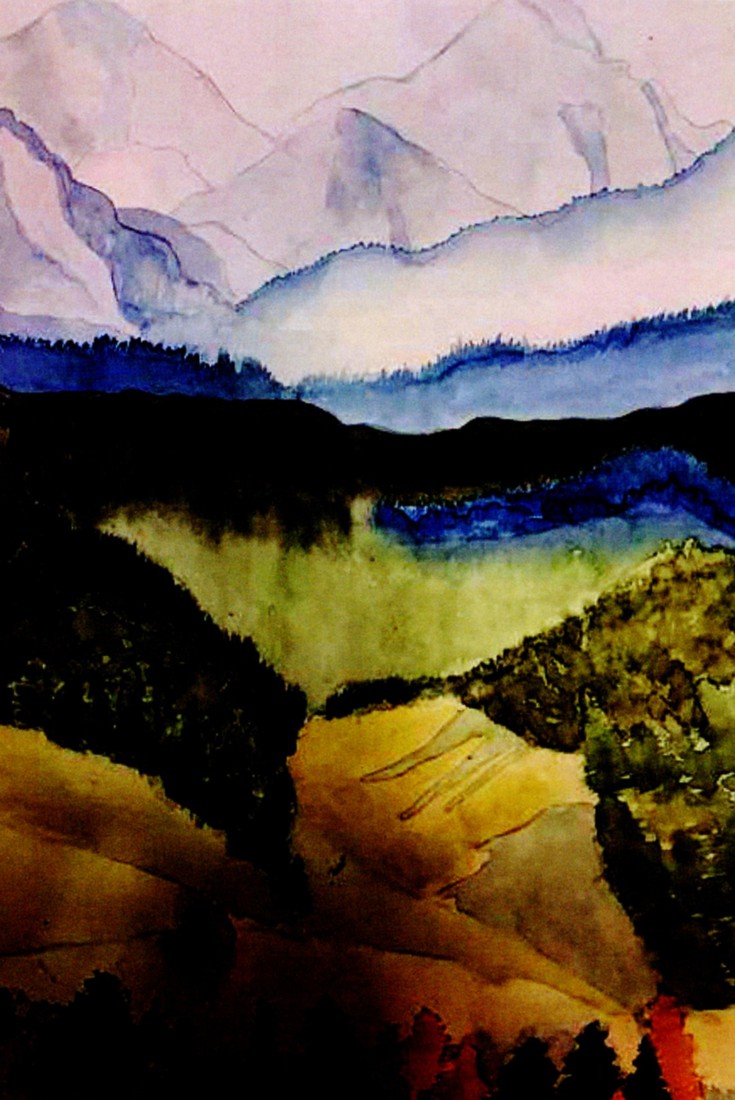 Artist Statement: The process of doing this painting was a bit challenging because I wanted it to look realistic. Doing this painting made me feel at peace because it was a landscape of nature and I love nature. The challenge I had while making this was trying to blend the colors, especially the mountains. It took a lot of time. I struggled trying to get the right shades of blue which was hard because there were a lot of different shades. I think seeing the end result was a good feeling because it just all came together and to me it came out better than I expected but the think I felt really good about is the quality of the shading on the mountains. That's the one thing I'm most proud of in my painting. 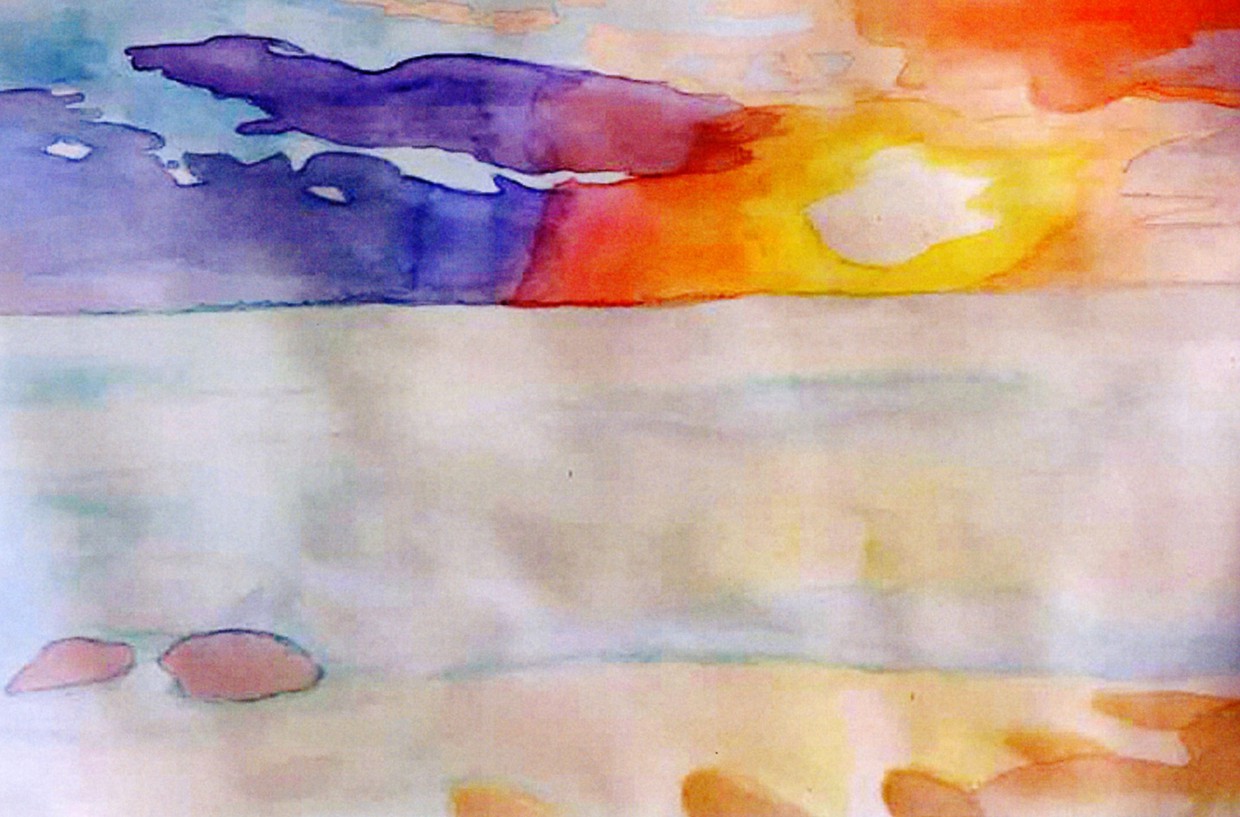 Artist Statement: My art tells the story of peace. What I discovered is that even the smallest thing is still important in creating and completing the work. Also, I learned that I enjoy painting with watercolor. This painting is important to me because I feel that I captured a relaxing scene. 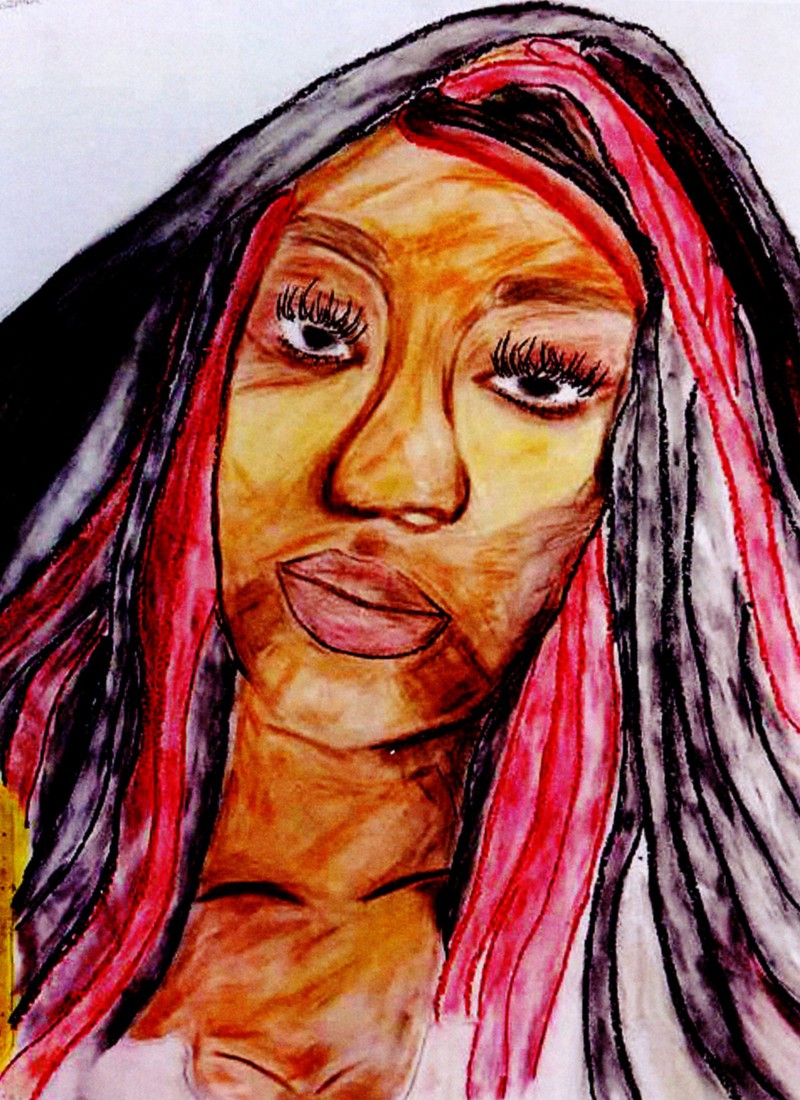 Artist Statement: For me I would say the story my art tells is about a girl who looks happy but is actually fighting her demons inside her head. The only way you can really tell is by looking into her eyes and seeing how hurt she really is. One thing I discovered about my art is that you can capture the good and bad features about someone in a portrait. This artwork is important because this is my first time doing a portrait of myself and if I do say so myself it's pretty darn good. 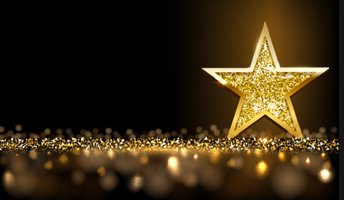 The following students have been nominated by GPHS teachers for their dedication to learning during the month of March.

Nathan- Persistence, Motivation, and a desire to be an agent of change

Emilio- Empathy for Others, Motivation to Learn, and Exploring Academic/Credit Earning Opportunities

Treasure- Academic Achievement, Kindness, and Creative Writer for her Poetry 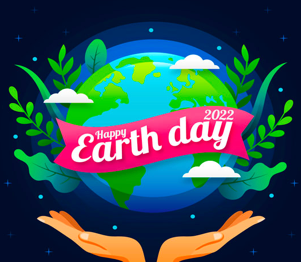 Set your sights on the Gordon Parks 2022 Prom on May 6th. After a couple years of COVID, it will be great to see everyone enjoying each others company at Prom.

Gordon Parks Teachers & Community Partners are organizing FLEX FRIDAY project offerings for Q4. These popular projects are a way to earn additional credit, on top of the credits earned in our Monday-Thursday classes. GPHS students enjoy these projects because they are fun, engaging, hands on and are an alternative way to step closer toward graduation.

We will learn personal finance, consumer math and Algebra 1.

This project will explore through film and photography major conflicts in US History. (WWII,

political, psychological and human aspects of US wars. We will look at how US wars past and

present have unified and divided our country and influenced the world. Finally we will explore the

multiple ways these wars have affected soldiers, their families and civilians.

garden. Later in the Quarter they will work with other schools to build end walls for the greenhouse.

Organization & production of activities for the May 26 Midway Peace Park event.

This is an opportunity for students to use their creativity to remake or refashion clothing,

Students will be engaged in looking directly into the sun with a Coronado Solarmax telescope!

technology. In addition to solar observations students will have the opportunity to photograph the

sun and digitally enhance their image using the program Gimp. Other topics that will be covered

include, the physics of telescopes, light, and the life cycle of our sun. Mathematics will also be

integrated into the course.

What do you know about Jackie Robinson or Althea Gibson? What about Muhammad Ali? They

are not just athletes, but larger than life icons in American culture. Students will explore through

film how our understanding of sport is shaped by social and historical contexts. Students will also

critically assess the relationship of sports to issues of race, equity, and identity.

**Prerequisite: Must Need a Phy Ed credit or Teacher Approval**

Students will have plenty of PBL time to work on creative writing or art projects of their choosing.

Guest writers and artists will visit. A Chess Club component will be offered.

REGISTER FOR YOUR PROJECT HERE 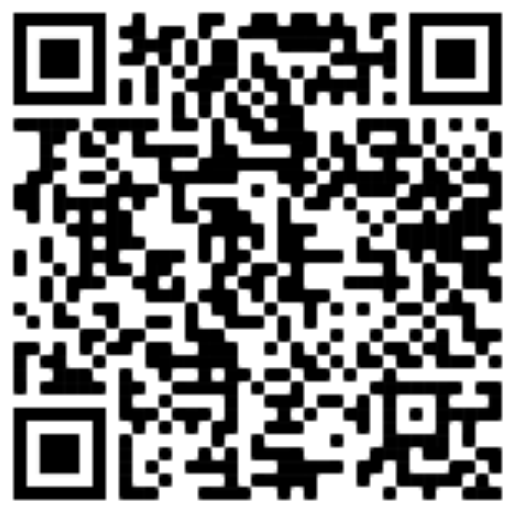 We have MCA testing right around the corner.

Juniors will be doing the MCA Math test. For those few students in need of Science testing, those tests will occur in early May.

What is the MCA? The Minnesota Comprehensive Assessments (MCA) are state tests in reading, mathematics, and science that are used to meet federal and state legislative requirements. 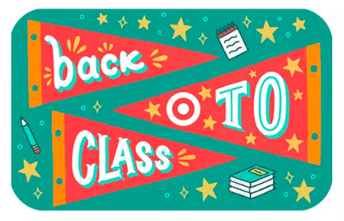 GP RECONNECT: An incentive program for students who have stopped participating in school

We want you to reconnect with Gordon Parks High School. We can help you get back on track toward graduation. To encourage you, we are offering a $25 Target Gift Card for students who complete these three GP Reconnect steps:

1) Contact your counselor to update your Graduation Plan and get a schedule.

2) Upon receiving your schedule, reach out to all your teachers.

3) After connecting with all your teachers, complete just one full week of school.

Based on completion of these criteria, you will receive a $25 Target Gift Card! (limited to one).

And new this year, is our Sustain Momentum incentive. If you return to school and "sustain momentum" you can continue earning incentives till you qualify Credit Program Incentives! 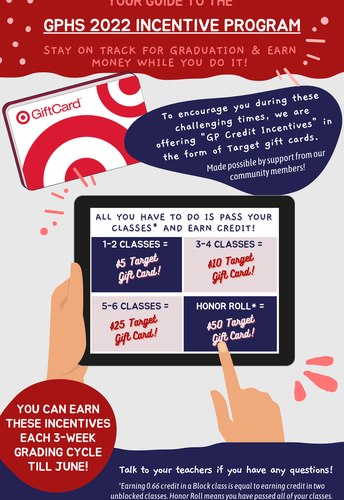 We want you to stay on track toward graduation. To encourage you, we are offering incentives based on the number of credits you earn in each 3-week grading cycle.

You can earn these incentives each 3-week cycle till the end of the 2022 school year!

Hey Students- If you want to see if you qualify to earn Work Experience elective credits, it's simple: "Talk to your counselor." After meeting with your counselor you will be connected with one of our work experience coordinators to learn more. 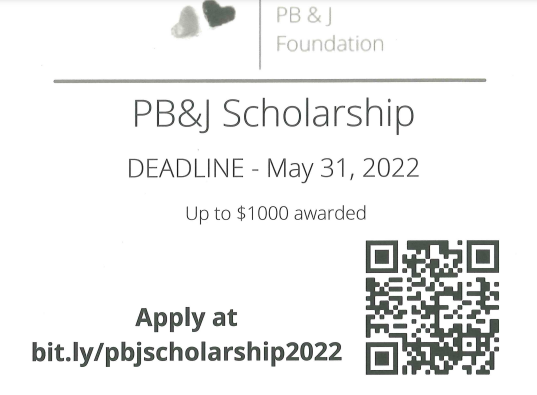 Do you need a virtual meeting with your School Social Worker, Ms. Fountain? Click on the link and schedule a time that works for you. https://calendly.com/shelly-fountain-pconf/meet-with-school-social-worker 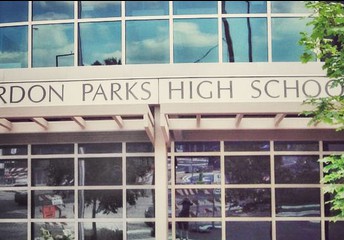 WE'RE HERE FOR YOU. LET US KNOW HOW WE CAN HELP.