Anson is using Smore newsletters to spread the word online.

Get email updates from Anson:

I chose to research this disease because I don't have much prior knowledge to the disease. I have also seen many ALS ice bucket challenges that are done for the disease.

ALS, or amyotrophic lateral sclerosis, is a disease that affects the nerve cells in the brain and the spinal cord. When the calls degenerate, they leave scarring in the area. It causes the brain to lose the ability to control of muscles. Which can cause people to lose the ability to speak, move, breathe, and anything that involves muscle use. Muscle cramps and muscle twitching, weakness in hands, legs, feet or ankles, difficulty speaking or swallowing are earlier symptoms of the disease.
ALS causes the motor neurons in the brain and spinal cord to degenerate. Most cases of ALS come from an unknown cause, these cases are called “sporadic”. 5% - 10% of ALS cases are due to heredity. It is believed to be caused by a defective gene that prevents the body from producing a normal amount of an enzyme called superoxide dismutase. ALS is a mutation in the genes. ALS can be dominant or recessive, but there is no particular chromosome on which it is located.
There is not yet a treatment for ALS, but riluzole is believed to reduce damage to motor neurons by decreasing the release of glutamate. It can only slow down the progression of the disease. There is not a test that is specifically used to diagnose ALS, the diagnosis is made by a doctor that observes symtoms. Electromyography (EMG), nerve conduction study (NCS), and magnetic resonance imaging (MRI) can support the diagnosis. People of all races and ethnic backgrounds are affected, but ALS is more common in white males. You have about a 4 in 100,000 chance of getting ALS.

My research has taught me the ins & outs of this disease, i now have a somewhat good amount of knowledge about this disease. 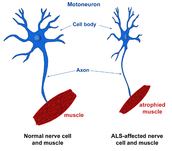 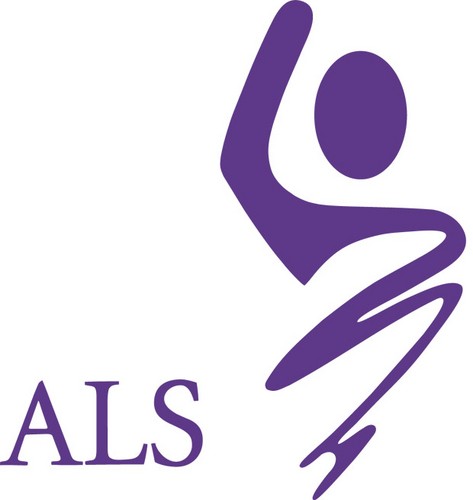 Anson is using Smore newsletters to spread the word online.