“overall” records in their divisions. Additionally, the Varsity team competed in the

Tri-County Quiz Bowl League Championship tournament last week at the WISD. They finished the winner’s bracket undefeated (including beating a Saline team that hadn’t lost a match all year). Saline won the loser’s bracket and CHS and Saline faced off again to determine the tournament winner. Because of the double elimination format, CHS only needed to win once to win the championship. Saline won the first game, but CHS dominated the second game to bring home the trophy! This qualifies CHS Varsity for the Class B State Championship April 12-13 in East Lansing and the National Championships May 24-26 in Atlanta, GA.

Why did Chelsea High School decide to form a Quiz Bowl Club?

There has been a strong Quiz Bowl program at Beach Middle School for many years. The Chelsea High School Quiz Bowl Club was the idea of two freshmen who wanted to continue doing Quiz Bowl. Once these students reached out to the Chelsea High School student body, it became clear that there were other like-minded students. The response to this club has been tremendous. 18 students participated in over 45 Quiz Bowl matches this year, with 5 Varsity and 13 JV students.

Adam Schilt and Valerie Johnson have worked diligently to make Winter Carnival a success. With all of the days off of school, they have had a lot to catch up on and Winter Carnival turned out amazing! Their hard work with Student Council is greatly valued as we see consistent attempts to increase school spirit, changes in homecoming/winter carnival nominations, and the mini Victor-thon. Both are making Chelsea High School a more friendly and caring place for students and staff. Below is their "decades day" outfits to enjoy some school spirit. 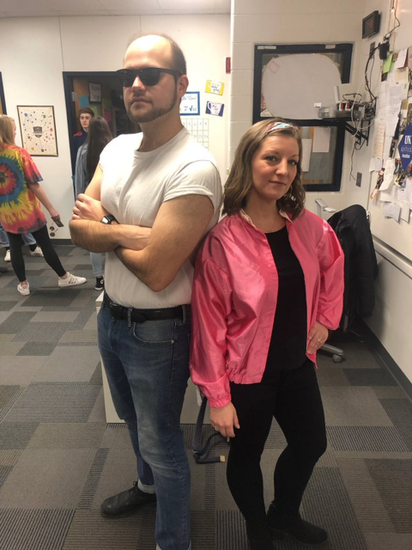 Student Council is in the midst of perhaps its most impactful year ever at CHS. After a successful Homecoming and Winter Carnival, both of which featured brand new traditions developed by class representatives, Council has now turned its attention to planning CHS's first-ever Mini-VictorThon, an 8-hour no-sleeping, no-sitting dance marathon benefiting pediatric rehabilitation programs at C.S. Mott's and Beaumont Children's Hospitals. Over 100 students have signed up for the event, which will take place on March 8-9 from MIDNIGHT to 8am in the CHS gym. The entire community is welcome to come and show support as students stand in solidarity with families and kids who must sacrifice so much. All participants will perform a "line dance" choreographed by students at the end of the event, and event planners will also announce the total amount raised for the kids.

Good morning Bulldog parents and student. Given the complexities that have come along with the loss of instructional time due to the multiple snow/ice/cold days this term, we will not be administering cumulative exams for the Winter term.

Given that we have lost nine instructional days this term, our instructional staff members would not be able to fully cover the necessary content for their courses in order to administer a cumulative exam to our students. Affording our staff the ability to add back a full day and a half of instruction was another major factor in this decision as well.

In regards to not having traditional cumulative exams, here are a few important pieces of information moving forward:

In lieu of a traditional cumulative exam this term, teachers will be covering content that was adapted or originally eliminated due to our days away. Some staff members will also be giving unit tests on those days as well for the same reasons.

We appreciate your support and flexibility this term.

Update from the Counseling Office:

When your students need to leave CHS for appointments/illness/forgotten items etc please make sure they are stopping up to the main office to sign in and sign out with the main office staff. Even if they have their own car on campus and even if you have called them "out" they need to stop at office first to check out!

Thank you for understanding on this issue.

Chelsea has again been selected to host the MHSAA Regional Hockey tournament. The regional tournament will be held on February 25, 26, 28, and March 2. All games will be held at the Arctic Coliseum here in Chelsea. Chelsea opens play on Monday, February 25 at 5pm

A congratulations goes out to our wrestling program. The team won the District Championship for the first time since 2015. In addition three of our wrestlers advanced to the state championships March 1 and 2 at Ford Field. Josiah Fitch, Shane Nold, and Nick Matusko advance to the Ford Field. Nick Matusko has a 45-0 record on the season.

The girls basketball team opens state tournament play on Monday March 4 at 7pm at Onsted High School. They are currently ranked #2 in the state and have a 17-0 record.

Chelsea will be hosting the state boys quarterfinal game on Tuesday March 12. You can find all tournament information at www.mhsaa.com.

A look ahead to spring sports…All spring sports teams begin practice on March 11. If you have questions about teams please contact the athletic office. 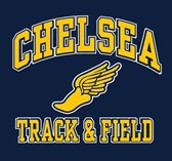 Coach Swager would like to remind all students who are interested in boys or girls track this spring to attend a pre-season Track meeting at 3 PM - Tuesday March 5 in the CHS Media Center.

The CHS Interact club teamed up with the CHS boys basketball teams in their first annual Coaches vs Cancer game. They also partnered with the American Cancer Society to support their Coaches vs. Cancer event, which involves high school and college coaches across America wearing "sneakers and suits" to raise awareness and funds for cancer support and treatment.

To help with this even, the Rick Eder Agency (Farm Bureau Insurance) sponsored the purchase of special purple and gold uniforms that we wore against Adrian on Friday, February 1. The event featured special t-shirts, a half time shoot out, a "Wall of Hope" recognizing cancer victims and survivors, and a change drive. They wer able to raise over $800 in one evening and look to do it again next year! 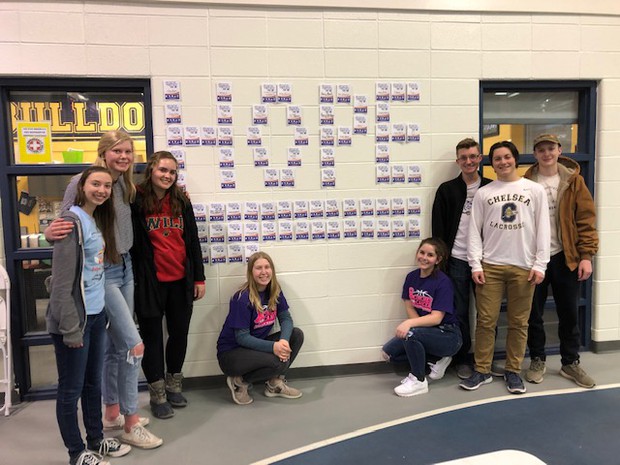 Plans are already underway for the 2019 Bulldog Marching Band, and dates have been set for marching band camp – August 5-9, 2019. The high school marching band will begin rehearsals on Monday Aug 5, and will conclude with our annual car wash on Saturday August 10, 2019. The 2019 Bulldog Marching Band will plan our premier performance in the Chelsea Fair Parade on Saturday August 24, 2019, and at our first home football game on Friday September 6. Additional performance dates will be issued as soon as the calendar is finalized this next spring.

The Chelsea bands will once again host the Michigan School Band and Orchestra Association District 12 H.S. Band Festival and Orchestra Festival. The Festival will take place Thursday February 28, 2019. The CHS Concert Band will perform at 2:15pm and the CHS Wind Symphony will perform at 3:45pm. All concerts are free and open to the public. Anyone interested in volunteering to assist with the festival is asked to contact Mr. Catherman at the high school by e-mail - rcatherman@chelsea.k12.mi.us

The Chelsea Bands and Orchestras will once again be a host site for the Michigan School Band and Orchestra Association State Solo and Ensemble Festival. The festival will take place on Saturday March 16, 2019.

Parent Volunteers are still needed to assist in a variety of work assignments during the festival. Anyone interested and available in volunteering to assist with the festival should contact Mr. Catherman at the high school: 433-2201 ext. 1404, or by e-mail - rcatherman@chelsea.k12.mi.us 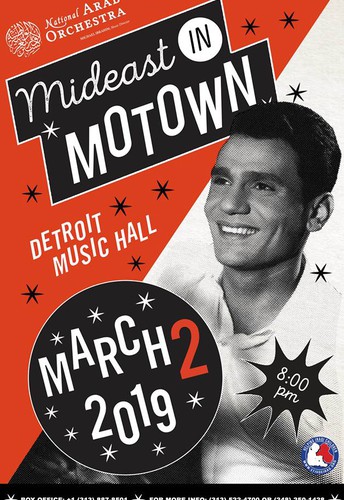 Friday, February 22nd is the last day to pre-order and guarantee that your student receives a 2018-19 yearbook. A limited supply will be available when the books are delivered in May. You can buy a book at http://www.jostens.com or by using the direct link on the Chelsea High School website.

Come have a bloody good time with us at the CHS Theatre Guild production of Clue! Performances are April 5th at 7 pm and April 6th at 2pm in the WSEC Auditorium. Visit http://www.chstheatreguild.com for ticket info - coming soon! 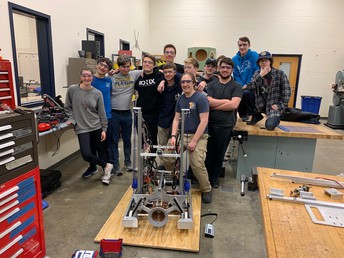 Chelsea High School Robotics team members have been busy designing, building and programming a robot for the 2019 FIRST robotics competition. The team had just six weeks to bring about a robot from an idea sketched on paper, to working prototype. The result of everyone's hard work is a beautiful, functioning robot, complete with machine vision. This thing ROCKS!

The team (Technical Difficulties) would like to invite everyone out to one (or both ) of the upcoming qualifying tournaments. These events are free, fun for all ages, and are action packed!

CHS's student newspaper, The Bleu Print, is on the up-and-up! We continue to grow our staff and are publishing more often on our website, http://www.chsbleuprint.com. If you know a student who might be interested in getting involved and writing for the Voice of CHS, encourage them to join us on Tuesdays from 3-4 in Room 230 (Mr. Schilt's room).

While the deadline for submitting the FASFA form was due on March 1st, seniors should still complete this form if they will be in need of financial aid in the Fall of 2019. 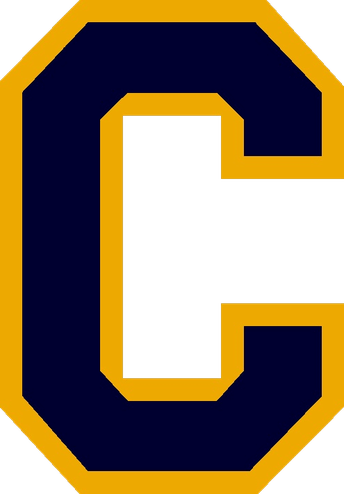 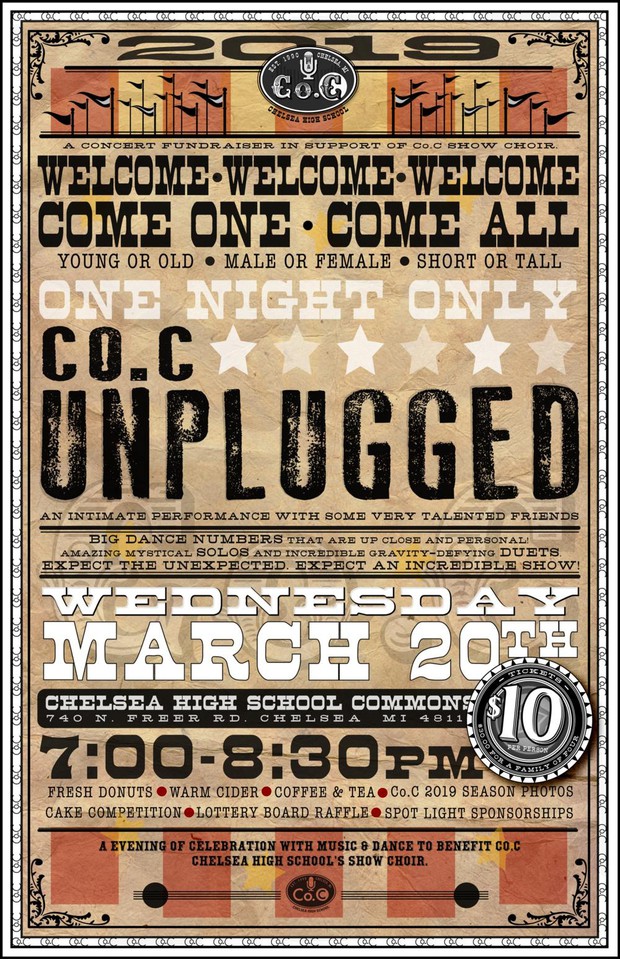 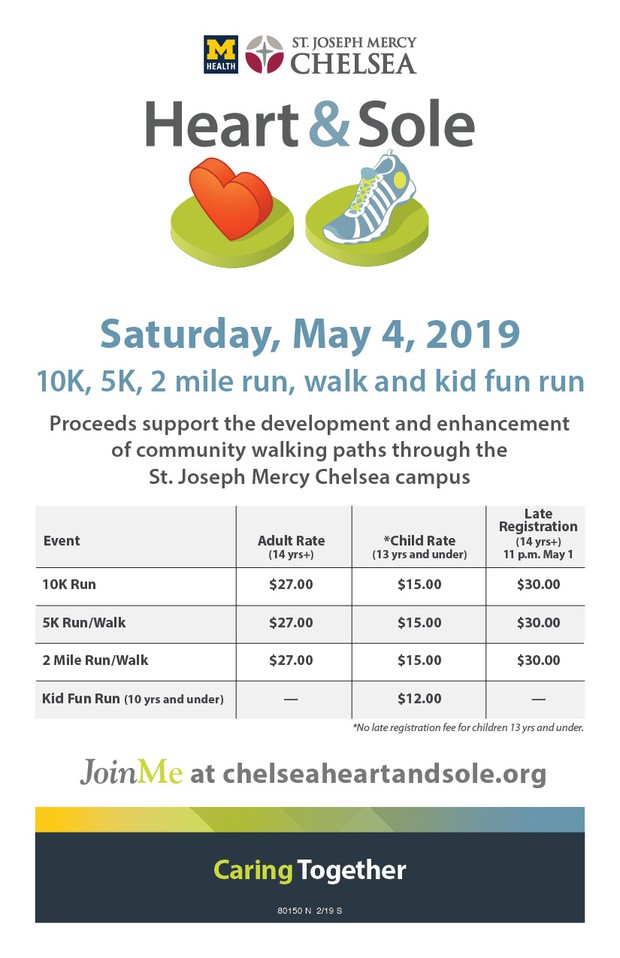