The start of the fall semester is less than a month away. Many of the faculty and staff have been extremely busy with search committees. We have filled a position in Leadership Studies. Dr. Bronwyn MacFarlane will be joining the faculty in Leadership Studies. She will be working with Dr. Shelly Albritton this semester as Shelly plans her transition to retirement and Bronwyn moves to take over program direction of the School Leadership program. We also have two searches in progress in Teaching and Learning, one for an instructor's position and one for a tenure track position. These are replacements for Nancy Gallavan and Chris Hogan. ELSE also has two searches in progress, both are instructor's positions. One replaces Angela Greenland and the other is a new line for reading. They will also be searching for a tenure track assistant professor for elementary math and science methods in the fall. I have to say that these interviews and teaching demonstrations have been outstanding. We asked everyone to showcase digital learning and technology and I've been so impressed with the response to that request. As we all know, it's not about the technology.... it's about the engagement. I want to thank all of those of you who have served on the search committees and participated in the interview process. This is one of the most important jobs we have. These new people will help us lead, continue, and expand the excellence of our programs and the scope of influence we have in schools and the community. As we finalize the hires, I'll make sure to send out updates through email. We will also feature our new people in our newsletter so you can all get to know them better.

I look forward to seeing you all back in August. Right now the plan is for a face-to-face student welcome on August 16th. Faculty convocation and opening meetings are scheduled for August 18th. The university is watching the COVID-19 numbers closely and will make adjustments if needed. I hope you all get some time to unplug a little (or a little more) before we hit the ground running in August. I'll leave you with a little summer poetry, just because.

But most where trees are sending
Their breezy boughs on high,
Or stooping low are lending
A shelter from the sky.

And there in those wild bowers
A lovely form is laid;
Green grass and dew-steeped flowers
Wave gently round her head.

Congratulations to the selected 2021-2022 members! 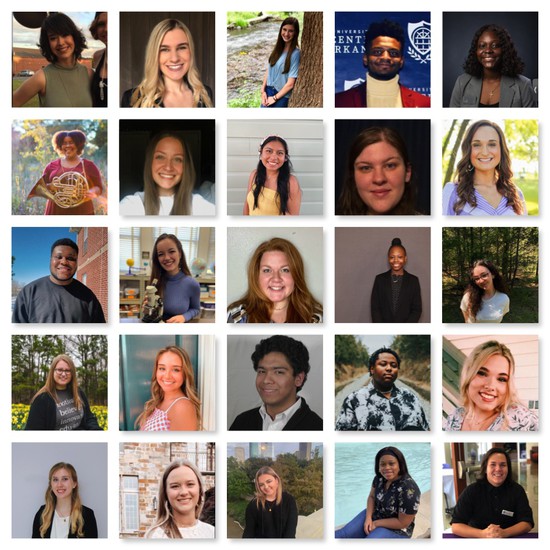 Arkansas Teacher of the Year: 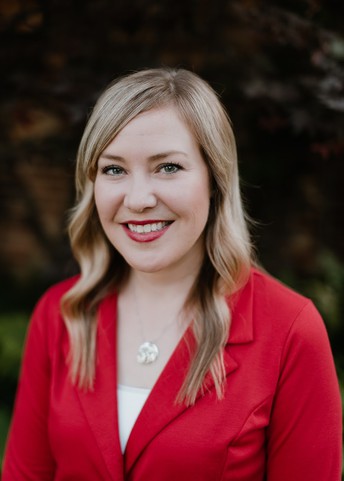 As a nontraditional educator, Susanna attributes much of her classroom success to her 12 years of business experience and believes this led her to favor project and problem based learning. Her teaching philosophy is that every student can succeed. She believes that relationships foster student success and she strives to connect students with content in a meaningful way to help them realize their potential. This passion led her to create her current platform as teacher of the year, Bridging the Empathy Gap.

When asked what led her to the education field, Susanna said "I always thought about teaching as a career choice during high school, but decided to pursue a math degree rather than a math education degree, so my options would be more open. After graduation, I taught for one year with a provisional license while living in North Carolina. A family move took me to the Dallas area, where I wasn’t able to get a provisional license to continue teaching. I ended up working in the oil and gas industry in engineering and geology. In 2014, a local homeschool co-op asked me to help out by teaching some night classes for higher level math. That experience made me realize that I had never really let go of my dream to be a teacher. I began to reflect on my career path and realized that I was making money, but not necessarily making a difference. I knew I had to get back in a classroom full time."

When asked what led her to get her MAT at UCA, Susanna said "I was searching for a program in Arkansas that would allow me to begin teaching immediately. I considered several alternative routes to licensure, but I ultimately decided on the MAT program because it seemed more geared toward working professionals. After orientation, I knew I had made the right decision. The professors were caring and energetic. The coursework was rigorous and relevant. And there was a synergy with my classmates that pushed me to be better. I became equipped with highly engaging teaching strategies and a deep understanding of student motivation that secured me early wins in my classroom. In retrospect, UCA was a critical decision, and I will be forever grateful for my time there."

When asked what winning the Arkansas Teach of the Year means to her, Susanna said "Becoming the 2021 Arkansas Teacher of the Year is the opportunity of a lifetime. I recently traveled to Space Camp in Huntsville, Alabama, with most of the other state teachers of the year. Later this year, we will also travel to Washington, D.C. As my sabbatical year begins, I will also have the chance to travel across Arkansas, to share what I have learned, to advocate for teachers and students around the state, and to promote my platform, Bridging the Empathy Gap. I will also get to serve as a non-voting member of the Arkansas State Board of Education. This is so much bigger than any personal accomplishment. When I learned that I had won and was asked to respond, the first thing I said was that this doesn’t happen in isolation. I have been surrounded by a team of great teachers, worked under incredibly supportive administrators, and learned from excellent professors. Before, my voice reached the students in my classroom. Now, I have been offered a much larger platform. I have the opportunity to give back, and I don’t take that lightly." 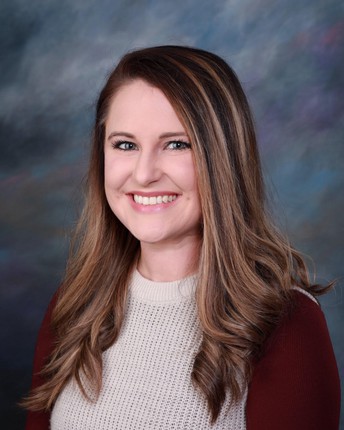 Mrs. Kaitlyn Ryals was recently named the 2022 District Teacher of the Year for Conway Public Schools. She is a sixth grade math teacher at Bob and Betty Courtway Middle School, where she teaches both general education and inclusion students. Mrs. Ryals is Courtway Middle School’s 2021-22 Teacher of the Year, and also the recipient of the University of Central Arkansas’ Kappa Delta Pi “Mentor of the Year” Award for her outstanding work with intern teachers this last spring. She is committed to not only bringing a positive mindset to her own classroom, but also to her entire building by being a member of the school’s Sunshine Committee and Positivity Posse. Her nine years of teaching experience include the past three years at Courtway, as well as a year teaching math and science in a small remote village in the bush of Alaska.

As an undergraduate, Mrs. Ryals received a Bachelor’s of Science in Middle Level Education from the University of Central Arkansas in 2012. She is certified to teach math, science, and ELA at the middle school level.

Mrs. Ryals knows the positive impact that a teacher can have on a student and strives daily to make every student feel safe and welcome. She encourages her students to have a growth mindset in every circumstance and makes sure that students leave her classroom believing that they can be successful. 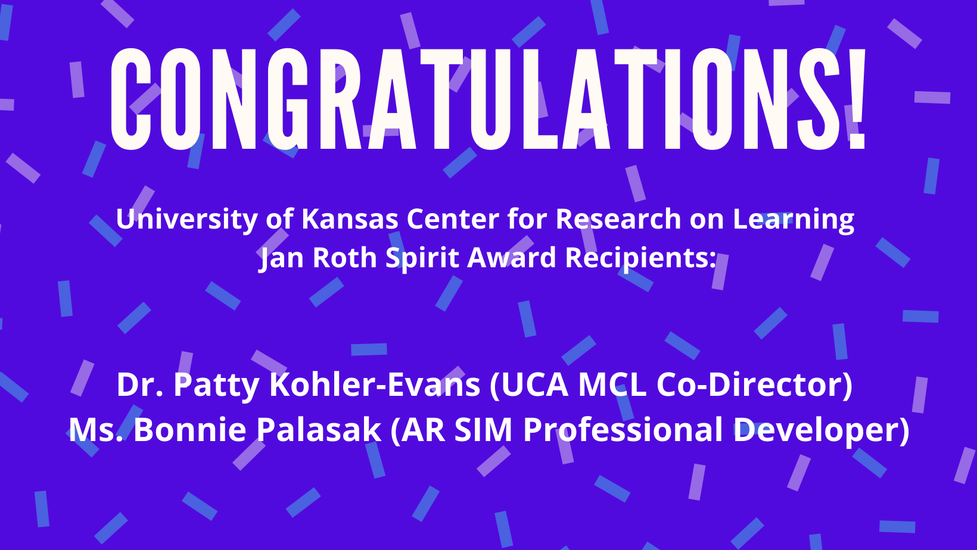 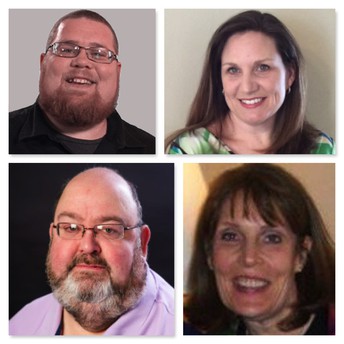 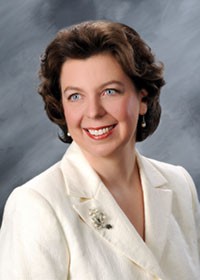 With a doctorate in Educational Policy, Planning and Leadership from The College of William and Mary in Virginia, Dr. MacFarlane specializes in K-12 school administration and gifted program administration. She taught educational leadership graduate courses as Professor of Gifted Education at the University of Arkansas at Little Rock for 13 years and has extensive experience evaluating educational programs and providing professional development. Dr. MacFarlane published 4 books including Specialized Schools for High-Ability Learners (2018); STEM Education for High-Ability (2016); 25 articles; 25 book chapters; and delivered over 150 presentations. Leadership roles included College Associate Dean; Academic Dean of the Summer Institute for Gifted at Princeton; National Association for Gifted Children (NAGC) Chairperson of the STEM and the Counseling Networks; guest editor for Roeper Review academic journal; and national columnist of “The Curriculum Corner” for Teaching for High Potential magazine. She has received many recognitions including the 2021 University-wide and College Faculty Excellence Awards for Public Service; the 2019 and 2014 College Faculty Excellence Awards for Research; the 2018-2019 NAGC Early Leader Award for significant leadership and service to the field; the UALR Distinguished Teaching Fellow Medallion and New Faculty Teaching Commendation, and several more. She holds school leadership qualifications for district superintendency, the principalship, counseling, and teaching across a range of content areas and age levels. She earned her bachelor’s and first master’s degree in Curriculum and Instruction from the University of Missouri and her second master’s degree in Counseling from Stephens College. 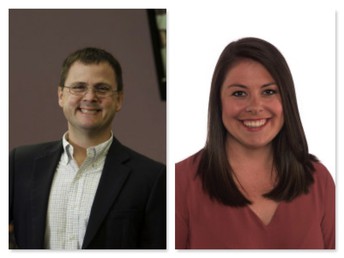 Missed an issue? You can view past issues of the COE Newsletter by going to https://uca.edu/education/coenewsletter/.

Visit Us on Social Media: