Adaiwu is using Smore newsletters to spread the word online.

Get email updates from Adaiwu:

Cost of Pursuing a Dream: Virtues

Cost of Pursuing a Dream: Virtues

Though there are many answers to this question, a persons virtues can very much be a cost of of pursuing their dream. While pursuing ones dream, their actions and efforts may cause a change in behavior and a loss of morality. This is when they start to lose ther virtues. Everyone pursues their dream differently, but one common cost of pursuing a dream is a loss of virtues.

Nick Carraway and Dan Humphrey's Loss of Their Virtues

For Nick Carraway, the cost of pursuing his dream was his virtues. Nick often prided himself on being a very ethical and moral person. He claimed that "Everyone suspects himself of at least one cardinal virtue, and this is mine: I am one of the few honest people that I gave ever known" (Fitzgerald 59). It wasn't until he moved into the West Egg and got involved in drama, that Nick began to excuse not condemn the erratic behavior of the the rich. Nick lost his sense is righteousness and was passive to some of he crazy things that happened in the East and West Egg. Like Nick Carraway, Dan Humphrey from the T.V. show Gossip Girl also prided himself on being a virtuous person, but his dream was fitting into the high class Upper East Side society. The cost of Dan's dream was his virtues. Dan was exposed to a life filled with money and drama, and lost all his virtues. He became a ruthless person who excused so many of the wrongdoings of his peers. Dan often called himself "The only moral person on the Upper East Side" but throughout the show, his sense of virtuosity declined and he soon joined the wrong of the Upper East Side. 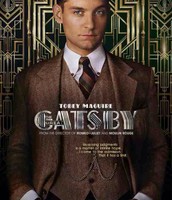 George Soros and Gordon Gekko Loss of Their Virtues

In the documentary, Inside Job, big executive wall street workers did terrible things to pursue their dream. All of the CEO's and high paid workers in the movie Inside Job lost their virtues in the pursuit of money. They ruthlessly stole money and weren't even phased by the crime that they had done. These people took money from innocent people and used it on unnecessary things such as yachts and multiple houses. George Soros is an investor, businessman and a currency speculator. He is often known as " the man who broke the Bank of England". Soros lost his virtues because he basically stole $1 billion dollars from innocent people. Soros's greed led him into losing his virtues because the money made him lose sight of what was right and wrong. Another infamous wall street icon is Gordon Gekko. Gekko is a character from the movie Wall Street but his character was based on several actual stockbrokers. Gekko was known for being the greediest of all men. Gekko lost his virtues in pursuing his dream of endless money. Gekko is famously quoted for saying that "greed -- for lack of a better word -- is good. Greed is right. Greed works. Greed clarifies, cuts through, and captures the essence of the evolutionary spirit. Greed, in all of its forms -- greed for life, for money, for love, knowledge -- has marked the upward surge of mankind." Gekko's loss of virtues drives him to make such obscure comments such as that. Losing virtues makes one lose sight of their ethics. Gekko and Soros are both victims of losing virtues to pursue their dreams of endless money. 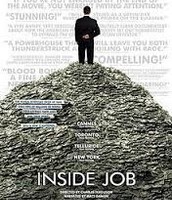 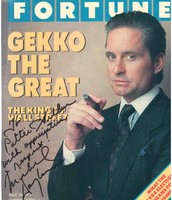 A lack of virtue has spread around the entertainment business like wildfire. Artist are saying or doing unbelievable things in order to achieve the dreams of staying in the limelight. Recently, artist Kanye West has be subject to this type of behavior. Kanye West has made it his personal goal to be the "best rapper alive" and is willing to do or say anything to get him there. He has gone on very public rants and has made it clear that he believes he is above all humans. West seems to have lost his virtues, judging by the profanity and wild statements in his rants. The pursuit of being the best rapper alive has strained West from good virtues and proper manners.

Adaiwu is using Smore newsletters to spread the word online.