The Secret Subway by Shana Corey and Red Nose Studio

New York City in the 1860s was a mess: crowded, disgusting, filled with garbage. You see, way back in 1860, there were no subways, just cobblestone streets. That is, until Alfred Ely Beach had the idea for a fan-powered train that would travel underground. On February 26, 1870, after fifty-eight days of drilling and painting and plastering, Beach unveiled his masterpiece—and throngs of visitors took turns swooshing down the track.

Hilo Book 1: The Boy Who Crashed to Earth by Judd Winick

Meet Hilo and friends, created by Judd Winick!
8:30-8:45 PM CDT: We will discuss Hilo: The Boy Who Crashed to Earth.

D.J. and his friend Gina are totally normal kids. But that was before a mysterious boy came crashing down from the sky! Hilo doesn’t know where he came from, or what he’s doing on Earth. (Or why going to school in only your underwear is a bad idea!) . . . But what if Hilo wasn’t the only thing to fall to our planet? Can the trio unlock the secrets of his past? Can Hilo survive a day at school? And are D.J. and Gina ready to save the world?

HILO is Calvin and Hobbes meets Big Nate and is just right for fans of Bone and comic books as well as laugh-out-loud school adventures like Jedi Academy and Wimpy Kid! 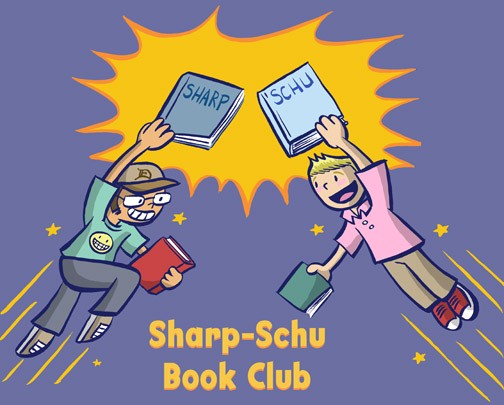