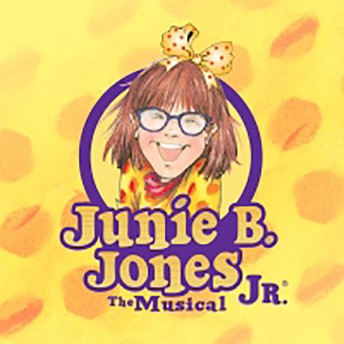 This musical will be directed by Mrs. Arnold and choreographed by senior, Ryan Leflar. Main auditions will be for students in K-5th grades. Students who wish to be considered for main roles should prepare a song from the show and be prepared to sing with a track. You can request a track from Mrs. Arnold. See the auditioning link below for details. Auditions will be on Wednesday, February 28th from 3-4:30. Call backs will be from 3:00-4:30 on Thursday, March 1st. A read through will be held on March 2nd from 3-4:30.

All students must complete the registration form below BEFORE auditions.

Students should be prepared to read and learn a brief piece of choreography. Students who wish to be considered for main roles should prepare a song from the show and be prepared to sing with a track. Musical scores can be found at the following link.
(Just use the drop down menu at the bottom of the page and select Junie B. Jones The Musical JR., the character you are interested in and then score.)

Junie B. Jones is a spunky, intelligent girl who is starting the first grade as our show begins. Determined and a bit impulsive, Junie B. finds herself at the center of many classroom antics.

Daddy is Junie B.’s encouraging father who always looks on the bright side. Look for an actor who can comfortably portray an adult figure in a world full of young school kids. Daddy sings a song with Junie B. and Mother.

Mother is Junie B.’s no-nonsense mom. She can be tough on Junie B., but it is all out of love. Mother sings a song with Junie B. and Daddy.

Lucille is Junie B.’s former best friend who has moved on to new friendships. Poised, put together, and probably a bit spoiled, Lucille controls and plans everything she does – quite the opposite of Junie B.’s bold impulsiveness.

Lucille’s new best friends, Camille and Chenille are twins. Just like Lucille, they are well dressed and very composed. These two roles are great for performers with bright energy who are also good singers.

Grace is another one of Junie B.’s former best friends. She is not as calculated as Lucille, she has simply made new friends apart from Junie B.

Mr. Woo is the supervisor on the school bus.

Bobbi Jean Piper is Grace’s new friend. Bobbi Jean happens to be in the wrong place at the wrong time and unintentionally ends up on Junie B.’s bad side.

May is the teacher’s pet. Eager to prove her brilliance, May does not prioritize making friends with any of her classmates, and they do not mind. Cast a performer who can tap into the humor and confidence of this vibrant role.

Lennie and José are classmates and friends of Junie B. and Herb.

Mr. Scary is the Room One teacher. Unlike his name suggests, Mr. Scary is a supportive and encouraging teacher.

Sheldon is definitely not the most popular kid in class. Plagued by a myriad of allergies and a general clumsiness, Sheldon’s good intentions often end in disaster.

Shirley is a featured soloist in a few of the School Kids’ songs.

Mrs. Gutzman is the sweet old lunch lady, revered by all of the School Kids. Cast a mature performer who can capture her warm, grandmotherly nature.