Roman roads are made of cobblestone, and can last up to 2,000 years! The Latin pronunciation for road is Via. Some streets were called Via Cassia, Via Appila, and Via Aurelia. Inside the city many roads were paved.

The forum and important buildings

The forum was the center of the many important buildings of Rome. 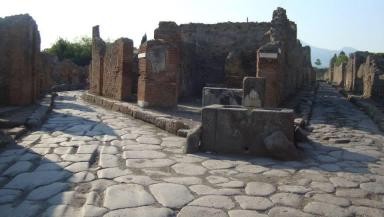 The aqueducts around the city were very helpful. Fountains were where the poor Romans got their water, and Wealthy Romans had running water in their homes. Public bathes were used for bathing. 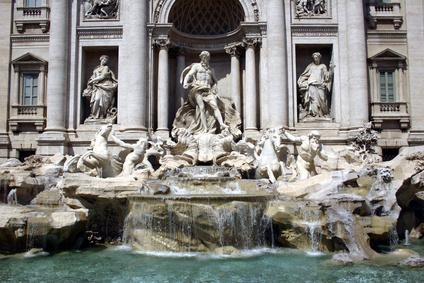 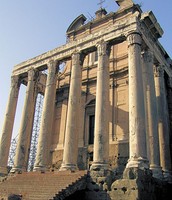 The Temple of Caesar

The main temple where, after his death, Julius Caesar was honored

The god Saturn was the god pf agriculture

In ancient Rome this office held the main records

A platform where speeches were performed 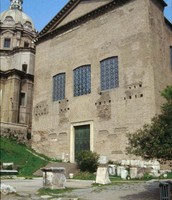 The place where the senate met 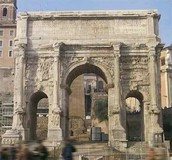 Full image of the arch

The Roman family was commonly large during the republic. The Married children and the other relatives and parents lived in the same house. The wife was closely watched over by the husband. Later in time women gained some legal rights, before this time fathers had the right to sell their children into slavery, or put their children to death, but later in time they were not able to use some of this power. Also, couples remarried and divorced more often and families had fewer children.

Wealthy boys and girls were privately educated at home. Older boys went to private schools where they were educated about rhetoric, arithmetic, writing, and reading, ad older girls studied at home. Although they did not have enough money to go to private schools, poor Romans learned enough writing, arithmetic, and reading to be able to succeed in daily life. Boys became adults when they turned 15. As an offering to the household gods, he burned his toys and sported a loose white robe and toga. Roman girls became adults at the age of 14, but once they married they were adults.