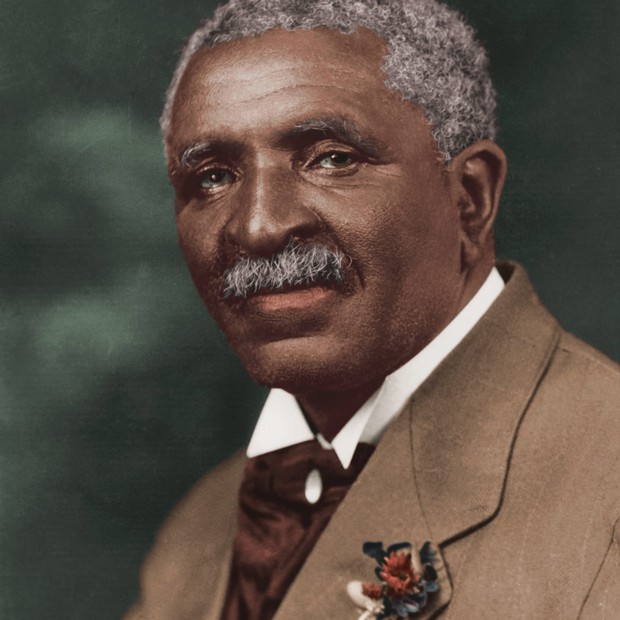 George Washington Carver was an African American scientist and educator. Carver is famous for many inventions including the many uses for peanuts.

Who was George Washington Carver?

George Washington Carver was born enslaved and went on to become one of the most prominent scientists and inventors of his time, as well as a teacher at the Tuskegee Institute. Carver devised over 100 products using one major crop -- the peanut -- including dyes, plastics and gasoline.

Carver was most likely born in 1864 enslaved in Diamond, Missouri, during the Civil War years. Like many children of enslaved, the exact year and date of his birth are unknown. Carver was one of many children born to Mary and Giles, an enslaved couple owned by Moses Carver. A week after his birth, Carver was kidnapped along with his sister and mother from the Carver farm by raiders from the neighboring state of Arkansas. The three were later sold in Kentucky. Among them, only the infant Carver was located by an agent of Moses Carver and returned to Missouri.

The conclusion of the Civil War in 1865 brought the end of slavery in Mussouri. Moses and his wife, Susan, decided to keep Carver and his brother James at their home after that time, raising and educating the two boys. Susan Carver taught Carver to read and write since no local school would accept Black boys at the time. The search for knowledge would remain a driving force for the rest of Carver’s life. As a young man, he left the Carver home to travel to a school for Black children 10 miles away. It was at this point that the boy, who had always identified himself as “Carver’s George” first came to be known as “George Carver”. Carver attended a series of schools before receiving his diploma at Minneapolis High School in Minneapolis, Kansas. In the last few decades of his life he lived as a minor celebrity but his focus was always on helping people. Carver died on January 5, 1943, at Tuskegee Institute after falling down the stairs of his home.

Interview
Embed code is for website/blog and not email. To embed your newsletter in a Mass Notification System, click HERE to see how or reach out to support@smore.com
close
Powered by Smore
Powered by Smore