John Brown has murdered 5 pro slavery men. He used a broad sword. He wanted to get 1500 slaves to rebel against slavery. He only got 60. He was eventually tried for treason and served the death penalty. 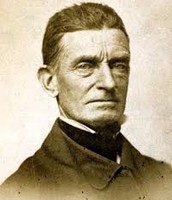 Follow Jim Bob
Contact Jim Bob
Embed code is for website/blog and not email. To embed your newsletter in your email, click HERE to see how or reach out to support@smore.com