A Woman Who Is Not Radical Will Not Create Change

A Woman Who Is Not Radical Will Not Create Change 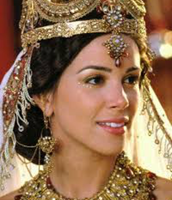 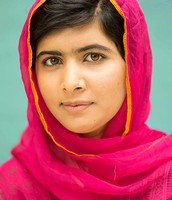 Feel free to play this soundtrack to enhance your viewing and reading experience. Click the red arrow to start and stop the audio. 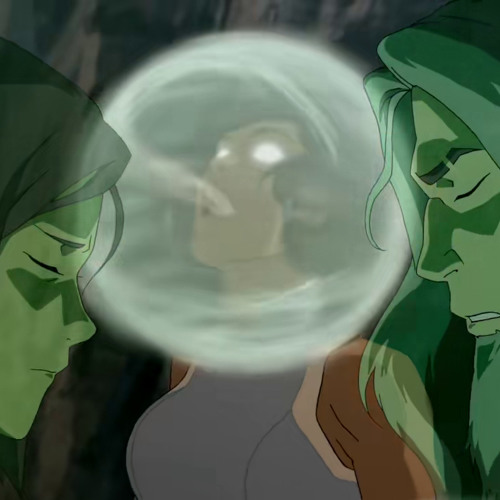 To Heal by Jeremy Zuckerman 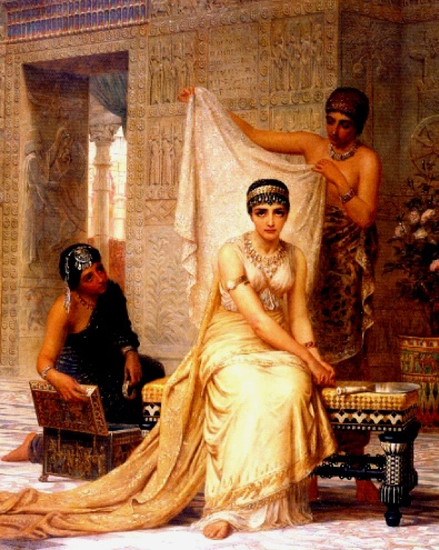 The book of Esther is the story of a beautiful young Jewish women who was willing to risk imperiling her life in an effort to save her people. Esther resided in ancient Persia about 100 years after the Babylonian captivity. Upon the death of her parents, Esther was adopted and raised by Mordecai, her older cousin.

Xerxes was the king of the Persian Empire, and on one occasion, he threw a extravagant party. On the final day of the celebration, Vashti, his queen, was summoned as the king was eager to show off her beauty to his guests. However, the queen declined the invitation to appear before Xerxes. The king became furious, deposed Queen Vashti and forevermore banned her from his presence. Xerxes hosted a royal beauty pageant in an effort to find a new queen and Esther was chosen for the throne. Mordecai was selected as a minor official in the Persian government of Susa.

It was Mordecai who uncovered a plot to assassinate the king. He told Esther about the plot, and she conveyed it to Xerxes, affording credit to Mordecai. The conspiracy was averted and Mordcai’s act of kindness was maintained in the king’s chronicles.

Additional drama was taking place by Hamam, the king’s highest official, and a evil man. He hated the Jews and when Mordecai refused to kneel down and pay homage to him, he became infuriated because he knew Mordecai was a Jew. Hamam began to strategize on a way to obliterate all of the Jews throughout Persia. Haman conviced King Xerxes to issue a decree of annilation.

Mordecai heard of the plan and revealed it to Esther. Up until this time, Esther had been surreptitious about her Jewish heritage and had not told Xerxes. Mordecai urged her to go to the King and plead for mercy on behalf of the Jews.

Esther urged all of the Jews to fast and pray for deliverance. Then risking her own life, Esther approached the king with a strategy she devised. She invited Xerxes and Haman to a banquet where she revealed her Jewish heritage to the king, as well as Hamam’s heinous scheme to have her and her people killed. In a rage, the king ordered Hamam to be hung on the gallows (or impaled on a pole) – the very same gallows Haman had constructed for Mordecai.

King Xerxes upturned the previous order to have the Jewish people destroyed and gave Jews the right to assemble and protect themselves. Mordecai received a palce of honor in the King’s palace as second in rank and encouraged all Jesws to particiapte in an annual celebration of feasting and joy in remembrance of this great salvation and turn of events. By Queen Esther’s official decree, these days were established as a lasting custom called Purim, or the Feast of Lots.

The Story of Esther
Mandisa: "Born For This (ESTHER)" - Official Lyric Video

Esther Quotes - Click on photo to see the entire image 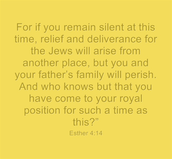 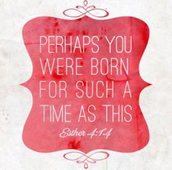 Go gather all the Jews in Shushan, and hold a fast on my behalf, and neither eat nor drink for three days, night and day. My maids and I will also fast as you do. After that I will go

to the King, though it is against the law, and if 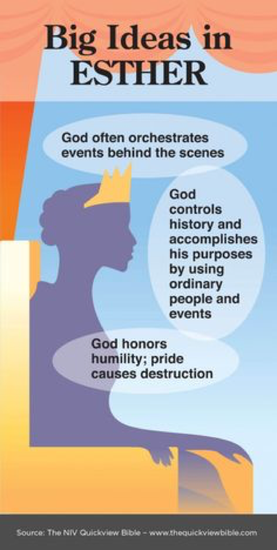 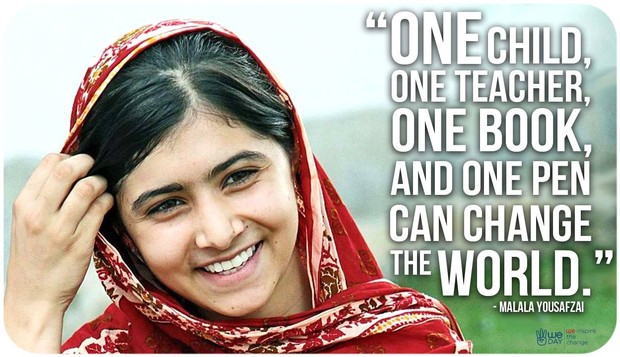 Malala Yousafzai’s world was not one of wealth or privilege but by an environment influenced by learning. In school she was an articulate and confident student. She was an outspoken advocate for the rights of Pakistani girls to receive an education.

Even after the Taliban began shutting down schools in her area, a group of the students continued to meet inside shuttered buildings. She began a secret diary of her experience. Due to her courage and determination to promote gender equality and human rights, when her identity was revealed, her family began receiving death threats from the Taliban soldiers.

On October 9, 2012, at the age of fifteen, Malala Yousafzai, was traveling home from school in Pakistan’s Swat Valley, when a Taliban extremist boarded the bus upon which Malala was riding and shot her in the head. In the days immediately following the attack, she remained unconscious and in critical condition, but later her condition improved enough for her to be sent to the Queen Elizabeth Hospital in Birmingham, England, for intensive rehabilitation. On October 12, a group of 50 Islamic clerics in Pakistan issued a fatwa against those who tried to kill her, but the Taliban reiterated their intent to kill Yousafzai and her father, Ziauddin Yousafzai.

The assassination attempt sparked a national and international outpouring of support for Malala. United Nations Special Envoy for Global Education, Gordon Brown, launched a UN petition in Yousafzai's name, demanding that all children worldwide be in school by the end of 2015; it helped lead to the ratification of Pakistan's first Right to Education Bill.

Malala has made an incredible recovery, and is unwavering in her resolve to use her prominence to advocate for women’s rights, and above all, girl’s education. Malala’s story and her forthrightness, her honesty, and her bravery serve as a powerful reminder of the awful realities in those places where girls are denied an education, and the impact that one person’s voice can have on the world.

“This is the secret of life: the self lives only by dying, finds its identity (and its happiness) only by self-forgetfulness, self-giving, self-sacrifice, and agape love.” 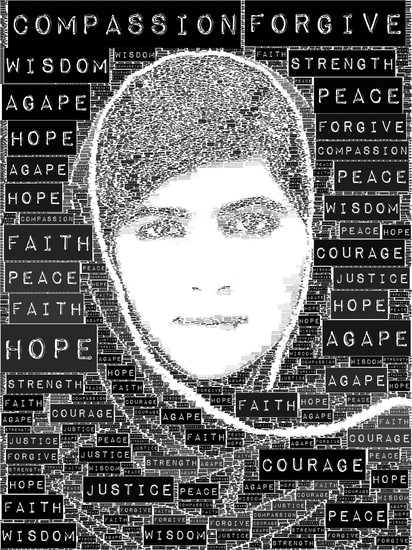 Throughout history, there are women who are willing to stand up against oppression and work for justice. Courageous, erudite and beautiful, Esther and Malala are two of those women. Although each of them differs in some ways, they have much in common.

Noting some of the dissimilarities between Esther and Malala speaks to their distinctiveness. Esther, whose name means “star” was Jewish and an orphan who was adopted and raised by an uncle. At a young age, the king chose her as his queen and she resided in the palace in Persia. Esther, although possessing a godly spirit, was neither openly pious nor outspoken and lived a secluded life in the royal harem. In contrast, Malala, whose name means “grief-stricken” is a Muslim, living with her mother, father and two brothers in a modest home in Pakistan. She is openly pious and invokes God in her speeches. Her life is far from isolated. She is an outspoken critic of the Taliban in Pakistan and especially critical of the Taliban’s ban on girls attending school.

The similarities between Esther and Malala are extensive. They both held a marginalized status as women in a patriarchal society. Yet, they have become role models for the Jewish and Muslim communities. These two young women bravely challenged the cultural traditions that governed their world. They both confronted the culture imposed on them and found ways to circumvent that culture to fight for peace and justice.

Esther also initially hid her identity from the king. However, Esther finally found the courage to approach the king and claim her identity. Similarly, Malala utilized a pseudonym to protect her from the Taliban but eventually decided that it was essential that she no longer hide her name.

Esther risks her life by going to the king, contrary to the law, to intercede for her people. Correspondingly, Malala risks her life by speaking out for the injustice of depriving girls of the right to be educated. Both were willing to take risks for the vulnerable and the enslaved. In both cases, it is apparent that they have strong rhetorical skills.

Both Esther and Malala had community that both supported them and challenged them. For Esther, it was her uncle Mordecai who had raised her when she was orphaned. Mordecai was the person who initially encouraged her to become part of the king’s harem and to rise to become queen. Mordecai then challenged her to remember her heritage. He says: “Do not imagine that you are safe in the king’s palace, you alone of all the Jews. Even if you now remain silent, relief and deliverance will come to the Jews from another source; but you and your father’s house will perish. Who knows --- perhaps it was for a time like this that you became queen (Est 4:13-14)?” For Malala, it was her father. When asked what gave her the courage to publicly speak out against the Taliban, Malala replied: “You know my father was a great encouragement for me because he spoke out for women’s rights, he spoke out for girl’s education and at that time I said why should I wait for someone else, why would I be looking for the government, to the army that they would help us? Why don’t I raise my voice, why don’t we speak up for our rights” (http://blog.4tests.com/malala-yousafzai-lessons-story-teachers/)?

Esther and Malala, each in their individual way, made a difference in the lives of the oppressed. They fought for their cause with humility, dignity, and hopefulness. Regardless of age, gender, or ethnicity, they have been champions of freedom. Esther and Malala put their lives on the line to make life better for others. They epitomized the absence of intimidation or constraint in action as they worked for the liberation of others.

Esther and Malala are just two examples of women who were prepared to stand in the face of any power to champion life, promote justice, human rights, equal rights and appeal for human compassion. In the book Praying with Women of the Bible, Bridget Mary Meehan wrote about the importance of celebrating “woman-strength, woman-passion, woman-wisdom, woman-truth and woman-courage” (p. 97). Esther and Malala give us great reasons to celebrate the feminine.