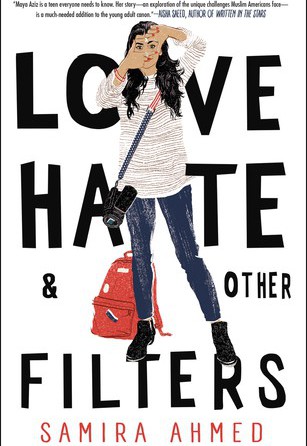 Love, Hate and Other Filters

A searing #OwnVoices coming-of-age debut in which an Indian-American Muslim teen confronts Islamophobia and a reality she can neither explain nor escape—perfect for fans of Angie Thomas, Jacqueline Woodson, and Adam Silvera.

American-born seventeen-year-old Maya Aziz is torn between worlds. There’s the proper one her parents expect for their good Indian daughter: attending a college close to their suburban Chicago home, and being paired off with an older Muslim boy her mom deems “suitable.” And then there is the world of her dreams: going to film school and living in New York City—and maybe (just maybe) pursuing a boy she’s known from afar since grade school, a boy who’s finally falling into her orbit at school.

There’s also the real world, beyond Maya’s control. In the aftermath of a horrific crime perpetrated hundreds of miles away, her life is turned upside down. The community she’s known since birth becomes unrecognizable; neighbors and classmates alike are consumed with fear, bigotry, and hatred. Ultimately, Maya must find the strength within to determine where she truly belongs 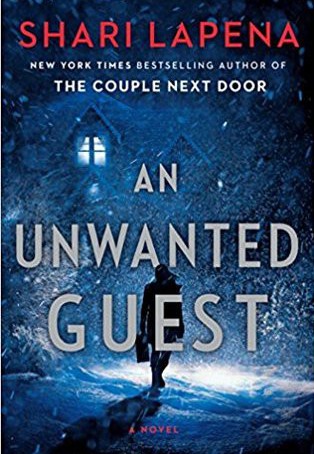 A remote lodge in upstate New York is the perfect getaway. . . until the bodies start piling up.It's winter in the Catskills and the weather outside is frightful. But Mitchell's Inn is so delightful! The cozy lodge nestled deep in the woods is perfect for a relaxing--maybe even romantic--weekend away. The Inn boasts spacious old rooms with huge wood-burning fireplaces, a well-stocked wine cellar, and opportunities for cross-country skiing, snowshoeing, or just curling up with a book and someone you love. So when the weather takes a turn for the worse, and a blizzard cuts off the electricity--and all contact with the outside world--the guests settle in for the long haul. The power's down but they've got candles, blankets, and wood--a genuine rustic experience! Soon, though, a body turns up--surely an accident. When a second body appears, they start to panic. Then they find a third body. Within the snowed-in paradise, something--or someone--is picking off the guests one by one. They can't leave, and with no cell service, there's no prospect of getting the police in until the weather loosens its icy grip. The weekend getaway has turned deadly. For some couples, it's their first time away. For others, it will be their last. And there's nothing they can do about it but huddle down and hope they can survive the storm. 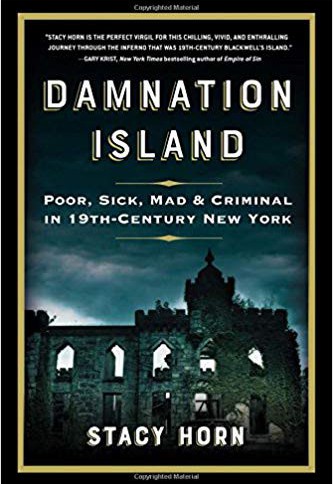 On a two-mile stretch of land in New York’s East River, a 19th-century horror story was unfolding . . .

Today we call it Roosevelt Island. Then, it was Blackwell’s, site of a lunatic asylum, two prisons, an almshouse, and a number of hospitals. Conceived as the most modern, humane incarceration facility the world ever seen, Blackwell’s Island quickly became, in the words of a visiting Charles Dickens, “a lounging, listless madhouse.”

In the first contemporary investigative account of Blackwell’s, Stacy Horn tells this chilling narrative through the gripping voices of the island’s inhabitants, as well as the period’s officials, reformers, and journalists, including the celebrated Nellie Bly. Digging through city records, newspaper articles, and archival reports, Horn brings this forgotten history alive: there was terrible overcrowding; prisoners were enlisted to care for the insane; punishment was harsh and unfair; and treatment was nonexistent.

Throughout the book, we return to the extraordinary Reverend William Glenney French as he ministers to Blackwell’s residents, battles the bureaucratic mazes of the Department of Correction and a corrupt City Hall, testifies at salacious trials, and in his diary wonders about man’s inhumanity to man. In Damnation Island, Stacy Horn shows us how far we’ve come in caring for the least fortunate among us—and reminds us how much work still remains. 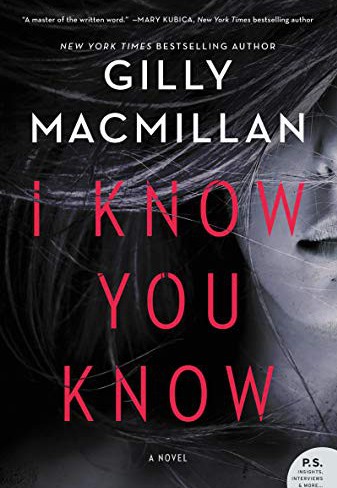 I Know You Know

Twenty years ago, eleven-year-olds Charlie Paige and Scott Ashby were murdered in the city of Bristol, their bodies dumped near a dog racing track. A man was convicted of the brutal crime, but decades later, questions still linger.

For his whole life, filmmaker Cody Swift has been haunted by the deaths of his childhood best friends. The loose ends of the police investigation consume him so much that he decides to return to Bristol in search of answers. Hoping to uncover new evidence, and to encourage those who may be keeping long-buried secrets to speak up, Cody starts a podcast to record his findings. But there are many people who don’t want the case—along with old wounds—reopened so many years after the tragedy, especially Charlie’s mother, Jess, who decides to take matters into her own hands.

When a long-dead body is found in the same location the boys were left decades before, the disturbing discovery launches another murder investigation. Now Detective John Fletcher, the investigator on the original case, must reopen his dusty files and decide if the two murders are linked. With his career at risk, the clock is ticking and lives are in jeopardy… 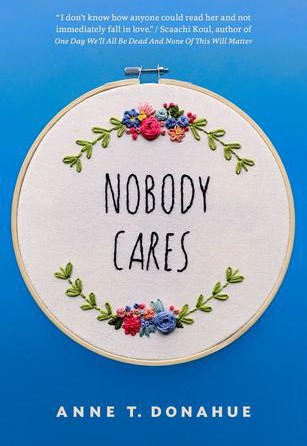 From the author of the popular newsletter That’s What She Said, Nobody Cares is a frank, funny personal essay collection about work, failure, feminism, and the messy business of being alive in your twenties and thirties.

As she shares her hard-won insights from screwing up, growing up, and trying to find her own path, Anne T. Donahue’s debut book offers all the honesty, laughs, and reassurance of a late-night phone call with your best friend. Whether she’s giving a signature pep talk, railing against summer, or describing her own mental health struggles, Anne reminds us that failure is normal, saying to no to things is liberating, and that we’re all a bunch of beautiful disasters — and she wouldn’t have it any other way.