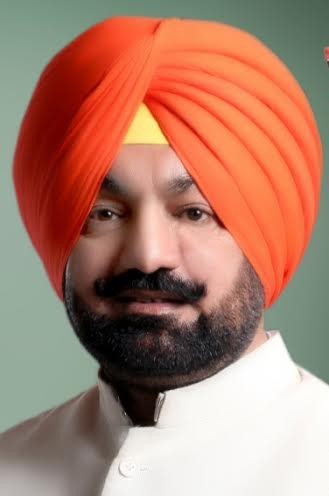 National Secretary BJP Kisan Morcha and Prabhari Himachal Pradesh Sukhminderpal Singh Grewal said that It's a Drama of AAP Chief Arvind Kejriwal, he kept poorest out of water subsidy scheme in Delhi. In a press statement here today, he said that the subsidy ignores weakest families and includes only a small layer of people with metered consumption. He said that that's are unquantified amount given to unidentifiable section of people weaker category. Grewal clear that only through this subsidy Delhi Government not cut down the rates or the cost, it's only uses the tax payers money to subsidise only a section. He stated that a subsidy may prove counter productive for more vulnerable section people. He said that taken illustration of the scheme to subsidise water for those consuming less than twenty kilo's litre water through a metered system. He said that the real challenge is that those outside the water supply system must be connected to it. Grewal stated that laying down the pipelines in every locality of Delhi, installation of taps in every house can only be provided by a healthy board and not a financially vulnerable Delhi Jal Board. He said that area without a pipeline, households without a tap, households without a meter, households with defective meters are not entitled to any subsidy. He stated that the household in the NDMC area those who lesser paid employees, households in Delhi Cantonment area have all been kept out of the water subsidy of AAP Chief Arvind Kejriwal. He said that it is well known that Delhi has about eighteen lakh's water connections and in which eight point five lakh have functional meters only. He said it is also well known that about five lakh's meters are non functional, defective and rest are un metered.Sukhminderpal Singh Grewal stated that in Delhi large number of jughi's have no water connection and are not covered by the free water scheme, so they are reliant only on water tankers in that Area. He said that in Delhi there are large number of unauthorized colonies have no pipelines and are yet to be covered by laying of water pipelines also. Grewal said it is clear that some of Delhi's middle class whose connections are metered and who keep their consumption below twenty kilo litre or six hundred sixty six litre's per day alone are entitled to the free water scheme. He said that it is also well known that people whose consumption exceeds twenty kilo litre mark would be charged for the entire consumption with a hike of 10% in tariff by Arvind Kejriwal's Delhi Government. Grewal said that it is simple and clear that Arvind Kejriwal dived Delhi into four categories. He said that is those who have no taps or pipeline connections, so are outside the scheme. Next one are those with defective or no meters would also be outside the scheme and paying for water in Delhi. He said next are only those with functional meters and consuming below twenty kilo litres per month who get the benefit. Grewal said that the last one's are those which are with functional meters who consume above then twenty kilo litres would pay 10% extra to Delhi, Arvind Kejriwal's Government. He said that it is clear the scope of the benefit of people of Delhi has narrowed down to just some of the households falling in one of four categories of Delhi. Grewal again said that It's only a Drama of AAP Chief Arvind Kejriwal, it is true that he kept poorest out of water subsidy scheme after sometime people of Delhi know this reality.