Celine is using Smore newsletters to spread the word online.

Get email updates from Celine: 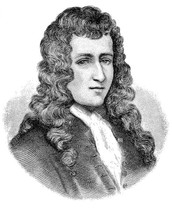 Sieur de La Salle was an explorer, who was named René-Robert Cavalier at birth. La Salle was born in and sailed for France when he went to explore the New World. First, Sieur de La Salle sailed from France and his ship docked November of 1667 in Quebec, Canada, where there was a French colony. During the time of the first voyage La Salle wandered through North America all the way into present day Ohio. In 1674 Sieur de La Salle sailed back to France where King Louis XIV gave him land in Ontario to have a fur trading business, that made him one of the most powerful men in Canada. In 1677 La Salle sailed back to France to ask for permission to be able to sail the Mississippi River. In 1679 after returning to Canada, La Salle sailed through the Great Lakes and began to sail the Mississippi River, founded Louisiana, and reached the Gulf of Mexico. Lastly, in 1684, La Salle sailed from France to the Gulf of Mexico with 300 colonists, but they ended up in Texas and his nephew was murdered the day before he was on March 19, 1687 by his crewmen.

At first Sieur de La Salle was sailing for an adventure to New France. Afterwards, he had a fur shop in Montreal and was very wealthy, but was curious if the Indians were right when they said the Mississippi and Ohio River emptied out into seas. La Salle started to gain land for France all over the New World, like the Great Lakes region, and all along the Mississippi River. He claimed land that stretched from the Appalachians in the east, Rocky Mountains in the west, north to the Great Lakes, and South to the Gulf of Mexico, and named all of the land Louisiana in honor of King Louis XIV. Whenever La Salle wanted to find new territory, he always landed where he was planning to explore. Except for when he was bringing colonists to a part of the land in Louisiana near the Mississippi River and they sailed past it to Texas, and could not find the Mississippi.The reasons why La Salle was exploring changed from adventure, to gaining territory for France.

I feel like a failure. I have let down all of the colonists that I brought to the New World. My explorations at first were so great, it was almost too good to be true. I explored all throughout the New World. I have conquered so much land, and named it Louisiana in honor of my dearest King Louis XIV who made all of my explorations possible. I have always landed where I needed to be, like the Great Lakes, or the forts in Ohio and Illinois, and conquering all of the land near the Mississippi River. But all throughout my life, I never expected to have failed as much as I have on this last voyage. Instead of getting the colonists to the settlement I had planned next to the mouth of the Mississippi, I ended up in this unknown land, because I have sailed too far. I have learned to speak and communicate with natives all over, and for the most part, they did not mind me, but these Natives near the new settlement feel threatened. These natives do not like us, with most of my people dying from disease it would be hard to fight off the natives attacking. The settlers, and my crew men, have all been angry at me. Even though I have gained so much new land for France, that does not mean that the settlers are not mad. Thy are all very mad, for God’s sake, they killed my poor nephew only a few hours ago. Tomorrow I have a feeling that I am next, so as a goodbye, in case I do die, I have finished my journal entry. My life has come with many successes and failures. Even if the outcome of my last exploration was not successful, I am proud.

Near Gulf of Mexico

Drawing of La Salle and other on the Lower Mississippi River.

Landmark shown in Ohio for people to remember what he had done during his time there.

La Salle's settlers in Texas were using parts of the wrecked ship to use in the new settlement.

Celine is using Smore newsletters to spread the word online.

Follow Celine Ramey
Contact Celine Ramey
Embed code is for website/blog and not email. To embed your newsletter in a Mass Notification System, click HERE to see how or reach out to support@smore.com
close