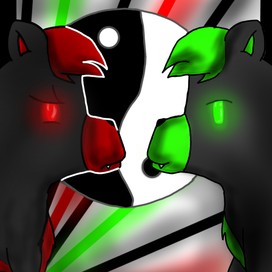 Rollerblade With a Way of Thinking

Rollerblading is a sport that anybody can do with hard work, perseverance, and confidence. When rollerblading, its important to be confident. Always know it's possible and never forget to practice. Some ways to get used to rollerblading is having someone near, being with a professional, and learning where to fall, but that later. Rollerblading is not just sports, it's also fun to sing, dance, make up a game, and much more. Some people blade distances and have races, while others just use them to get fit. Some people say that rollerblades and roller skates are completely different except they have wheels, which is incorrect. Rollerblades have the wheels in a line, when a roller skate is made to be like a car, two wheels on either side of the shoe. Roller skates also make it so it’s easier to balance on. Lastly, rollerblades are used in sports when roller skates are usually not included. Otherwise, everything else is about the same between the two. 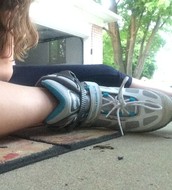 First try to rollerblade at home

Rollerblading can be beatiful. 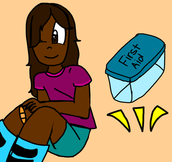 Fun is the Key

Rollerblading may be for exercising, but there are ways to make it an amazing game. Backwards need a lot of practice, but once skating forward is easy, so is backwards. Rollerblading is used in sports too such as hockey, instead of using ice skates. Roller hockey was thought to be invented by city kids in the 1950, but nobody knows for sure. After that, started the national sport of roller hockey. Places like Boston, Detroit, and New York, has kids who loved to play this game. Kids and adults make games, and have fun, too. Roller hockey has been around for years, and today, people are still playing it. It is thought to be around for years to come. But when first starting, always make sure to wear safty gear, or else it will not end up being fun. Even after knowing how to rollerblade, still always wear safty gear. Rollerblading in unpredictable sometimes, so nobody ever knows what could happen next.

Can Rollerblading be Dangerous?

It’s important to be safe. When rollerblading, use pads and a helmet. This way nothing can be hurt. Some people do extreme sports and do stunts that are way dangerous to try without much experience. Always keep a safety kit when going far, bandages, tissues, lotion, and more. Major injuries have been caused because of rollerblading but it just takes practice and getting used to, but it doesn’t take long to advance most of the time. Usually, rollerblades are used on flat surfaces of concrete where the blades can run smoothly and there is no place to trip. There are places where you can come in and rent some skates and skate on a flat surface. But it’s also good if nobody there because it is easy to forget to use the brakes or just fail to use them, which is common when first starting. Rollerblades can’t be used in grass, although it’s a good place to fall into instead of the hard ground. Places like basements that have tile, is a good idea. The best way to get used to falling, and where to fall is to do it on purpose. Always aim for a soft spot such as grass. If there is nowhere to fall, get a friend or adult to be a backup. Most people prefer to try falling outside near the grass. After a while, though, it’s better to learn how to break and balance when moving on. Sometimes, if it's soft enough, even use carpet or pillows to fall on.

Be with a Proffesional

Proffesionals make sure that everything is going good, and can help whenever. Proffesionals will teach, show, and help teach to someone who has never rollerbladed before. They are also a great source of information and experience because most of them have been through a lot when they first started. A proffesional does not need to be someone that gets hired to help as a job. Experianced friends don't need to be hired or will ask for money to help. They also can help any day when they are able. While people who help for jobs, can't be there all the time when they are needed.

In the end, rollerblading is hard, but in a fun way. When rollerblading, have fun and make games out of it. It is enjoyable on hot summer days, and just like ice cream. Sometimes is also fun to rollerblade when it's cold outside, but at a rink. People all around the world enjoy it, and have so much fun. They always look for the bright side and know they can. The experiance is amazing, and the possabilities are endless. People like to go up mountains in rollerblades, go to skate parks, and much more. It's not to late to start, and there won't be any regrets. 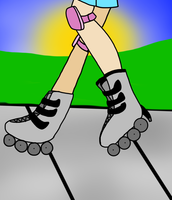 Rollerblade whenever, however and it will still be a blast! 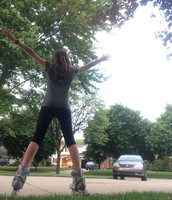 Rollerblading can be beatiful

In Case it was Blurry!