Wear BLUE to show your support for Disability Awareness month which is also celebrated in October.

Wear red to show support for Red Ribbon Week. Red Ribbon week is an alcohol, tobacco, and other drug and violence prevention awareness campaign observed every year in October in the United States.

Friday is our MA Pink Out: Show your support for families in our community and bring your donation to the bake sale on Friday during lunch to benefit our local Students Caring for Student fund. 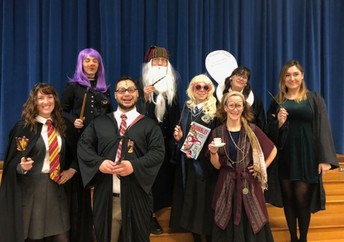 Thursday, October 31 is a Halloween-themed spirit day. Students may wear costumes to school that are school-appropriate and compliant with the dress code. Students who want to dress up should choose costumes carefully including showing respect for diverse cultures and avoiding symbols of violence. Weapons or replicas of weapons may not be brought into school. Masks may not be worn in school.

The Grade 6 team is sponsoring a used clothing drive at Murray Avenue to support children (ages 5 to 13) in Kosovo who are in need of winter coats. This effort came about through the Adopt-A-Soldier Platoon organization. This is to fill a special need expressed by the Army National Guard currently stationed in Kosovo. Many of the children they work with do not have winter coats.

If you have any gently used, clean, (or new) children's coats that you are willing to donate, there is a drop-off box in the main lobby. Any weight coat and donation is appreciated! We are collecting coats between now and October 18th. Thank you!

The fall season is underway and the teams have been off to successful starts this season. The 8th grade Field Hockey team has been lead by Jess Pachman, Mia Peng, and Haley Keller. Casey Stone is also a huge contributor in goal scoring. Both coaches have been very impressed with the 7th graders as they are learning the game. The 7th graders have been progressing as the season goes on. Olivia Buczacki, Katie Pollock, Gab Fogarty and Ashley Abington have shown consistent play in practice and games.

The girls soccer team is off to a 1-1-1 start this year. Coach Pressler has been very impressed with the team work. Morgan Pennisi, Tish Loney, Briana McFerran and Kenna Rosanski all have goals this year. The girls have defeated Keith Valley and tied Cedarbrook so far this year and have played excellent defense in those games. The girls will be home vs. Keith Valley & Wissachickon in the next two weeks

The 8th grade boys soccer team is off to a 3-0, Coach Neto has been very pleased with the teams effort and teamwork early in the year. Micheal Malpezzi, John Kroll, and Maddox Feldman have been lead goal scorers for the team thus far. The team will be on the road the next few weeks, traveling to Keith Valley & Wissahickon.

The 7th grade boys soccer team is currently at 1-2. The team defeated Keith Valley 5-2 in the opening game, and have battled Cedarbrook and an always strong Sandy Run team tough in the other competitions. Coach Felix has praised the boys on their daily commitment to the team and passion towards the sport. The team will travel to Keith Valley & Wissahickon over the next two weeks.

As the calendar has turned to October, its hard to believe Murray Ave Girls Basketball season is right around the corner. FamilyID for the winter season for new athletes only, those who have not tried out or playing a fall sport, opened on 10/7. For directions on how to register your athlete for any winter sport, please click on the following link. https://lmtsdathletics.com/main/otherad/contentID/48614455

For those athletes you have tried out or played out a fall sport, the re-certification window will open October 18th.

After-School Pick Up for Extracurricular Activities: For families picking up students from after school activities, please do not park/line up in the bus loop to pick up your child. This prevents our activity bus from entering the bus loop. Please park in any available parking space.

Early Dismissal Procedure: We try to minimize calls into classrooms while instruction is taking place. If you are picking up your child for an early dismissal, please accurately indicate on your note what time you want to pick up your child so this time can be written on your child's early dismissal pass. This allows him or her to leave at the scheduled time so a call doesn't have to be made into the classroom.

Dropping off Forgotten Items: We have a delivery system for when an item is dropped off at school for a student who has forgotten something at home. Calls will not be made into classrooms to contact students. Thank you for your assistance as we seek to minimize interruptions to classroom instruction.

We are still collecting Box Tops. This year it's a bit different.

Here is the link to the new app Box Tops® for Education by General Mills Inc: https://apps.apple.com/us/app/box-tops-for-education/id1150038564 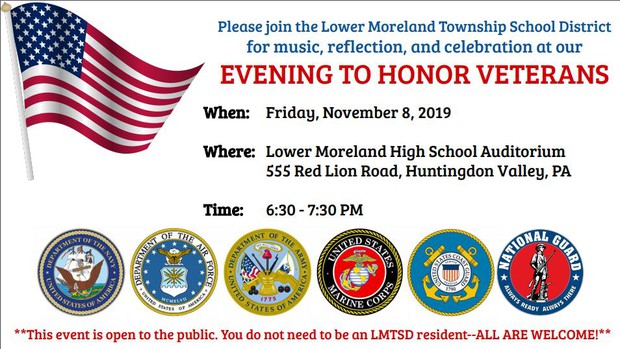 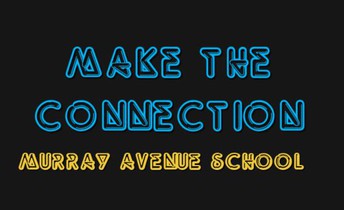 @LMTSD_MAS
2551 Murray Avenue, Huntingdon Valley, PA 19006 215-938-0230 lmtsd.org
Embed code is for website/blog and not email. To embed your newsletter in a Mass Notification System, click HERE to see how or reach out to support@smore.com
Powered by Smore
Powered by Smore