From the University of Nebraska, Lincoln: "Genetic engineering is the process of manually adding new DNA to an organism." Basically, we're taking away our originality and individuality as humans. If Person A wants their child to have Person B's hair, then through genetic engineering they could use that genetic code to achieve that. This technology would be used to improve humans that wanted to edit things about themselves genetically.

An example of this would be if you edit the genetic strand that causes diabetes, and changed it to one that would have a normally functioning pancreas. DNA is the same for all organisms around the world, so it wouldn't need to be translated into a different code, which could be a good aspect of genetic engineering.

An example of plants being affected by genetic engineering comes from Arizona State University; "Also antibodies are being produced in plants. Initially, the antibody's light and heavy chains were produced in different plants. But a subsequent cross of these two varieties resulted in progeny carrying assembled and functional antibodies. These 'plantibodies' are now used for diagnostic and therapeutic purposes..." 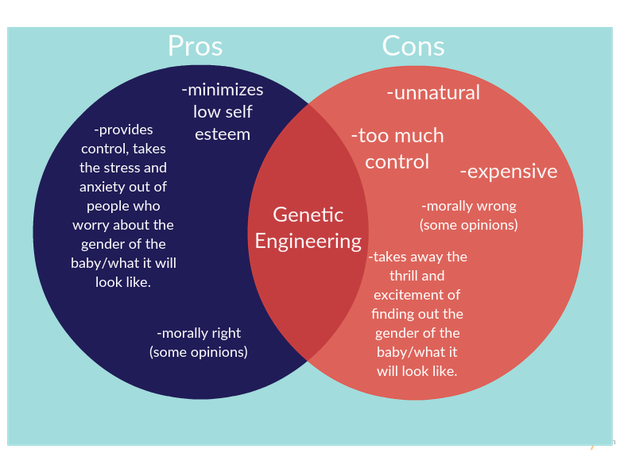 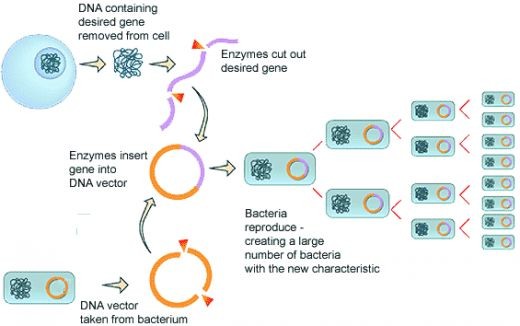 If one plant has an aroma that makes it vulnerable to other organisms that are attracted to it for sustenance purposes, then you would put in a displeasing unattractive aroma into the plant's genetic code to save said plant so it can keep doing it’s job. 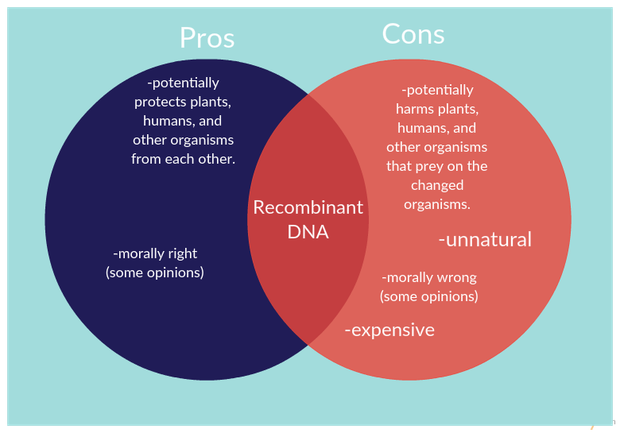 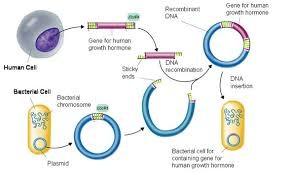 Overall, I believe that genetic technology is a good and a bad thing. It can be good to save people from disease and disability, but at the same we're taking away our individuality as humans, which I have a really big problem with. Your life may be difficult, but at least you get to live it, and I see no reason to genetically modify yourself or your child when you're okay the way you are.