Mohamad is using Smore newsletters to spread the word online.

Get email updates from Mohamad:

Topology is the study or science of places.

Topology is a term used in architecture to describe spatial effects which can not be described by topography, i.e., social, economical, spatial or phenomenological interactions.

If we imagine surfaces to be made of clay, a smooth deformation is any bending, mushing and shaping which does not require the discontinuous action of tearing, punching of holes, or gluing. The number of holes in an object is a property that is preserved in a continuous transformation. 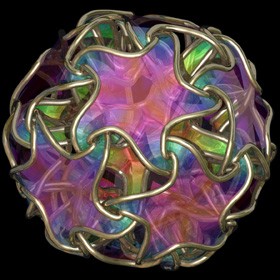 More precisely, topology studies properties that are preserved under continuous deformations, including stretching and bending, but not tearing or gluing.

A favorite example is a clay doughnut which can be smoothly manipulated into the shape of a coffee mug. The doughnut hole becomes the coffee cup handle so that the number of holes is preserved. The doughnut and the coffee mug therefore have the same topology. 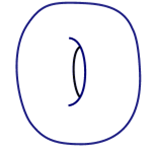 Where is Topology used ?

Topology is used in several mathematical subjects and theorems such as Connected space, Compact space and continuity.

We all want to know more.

Mohamad is using Smore newsletters to spread the word online.