Happy New Year! We hope that everyone had a fantastic holiday break. We have been working on added new materials (including many new audio-books!) over the past few weeks. We have updated a few of our most popular audiotapes, as well as purchased many new popular titles. 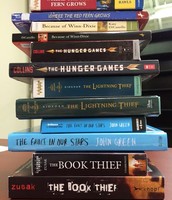 Lonely Opal has moved to Naomi, Florida, with her father, and doesn't know what to expect. But when she adopts Winn-Dixie, a dog at the grocery store, she makes some unusual friends and lets go of her sadness. Newbery Honor Book, 2001, andan Audie Award finalist for 2002. The movie stars Dave Matthews, Jeff Daniels, and Cicely Tyson. "Percolates with heartfelt emotion and eccentric Southern color." 2 Compact Discs, 2 hours and 28 minutes long.

The heartwarming tale of a 12-year-old boy and his two best friends, his dogs. A mountain boy works long and hard to own his own hunting dogs... and for a time it's a dream come true. A young adult classic. 6 compact discs, 6 hours and 54 minutes total.

In Nazi Germany, Liesel steals to survive. She shares the books she steals with her neighbors during bombing raids as well as with the Jewish man in her basement  before he is marched to Dachau. The new film stars Emily Watson and Geoffrey Rush. BookSense Book of the Year Award, Children's Literature, and an American Library Association Notable Children's Recording. "Corduner gives Death a strong personality with a dispassionate voice that will grip the listener." 11 Compact discs, 14 hours total.

On the run from another foster home, ten-year-old Bud takes on Depression-era Michigan, determined to find the man he's sure is his dad. His only clue is a flier that had mysteriously upset his mother before she died. Newbery Medal winner, 2000. "The cast of characters, presented with endless variations in voicing, is authentic and memorable. [Avery's] zippy reading creates the perfect mood."

Katniss lives in the poorest district of what used to be the United States. Yearly, the harsh, victorious Capitol forces each district to send two teenagers to compete in an annual reality show where it's kill or be killed. Only one will survive. Now Katniss Everdeen must play. A 2008 Publishers Weekly Best Book. The new film stars Jennifer Lawrence. "A dilly... violent, jarring, speed-rap of a novel that generates nearly constant suspense... addictive." 9 compact discs, 11 hours 11 minutes long.

Ordinary Percy Jackson discovers his father is actually Poseidon, God of the Sea. He sets out on a quest with a satyr and the demigod daughter of Athena to prevent a catastrophic war between the gods. An American Library Association notable, and a Today show pick for Al's Book Club for Kids. The movie stars Pierce Brosnan and Logan Lerman. "Bernstein breathes new life into these ancient characters. Adults and children alike will be spellbound... deeply imaginative tale." 8 compact discs, 10 hours long. 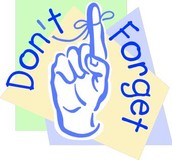 Like what you see? Please take our Media Message survey