Nishad is using Smore newsletters to spread the word online.

Get email updates from Nishad:

The Place That You Want To Be By: Nishad Thakar

The Place That You Want To Be By: Nishad Thakar

Athens is a beautiful place with some of the most unique things in our world. I am here to tell you what you should expect to see while you are here and some of the highlights of this perfect city-state of Athens!

In Athens, the average house is normally one or maybe two stories high. It includes a kitchen, a storage room, animal shed, maybe a bathroom, and a "living room" for men gatherings.

Mostly slaves came into this room and cooked the food. The food is cooked in simple, plain pots. The best pots ware saved for special occasions.

A commoners house might have much more animals in the shed because multiple families would live in one house and they would all have their own animals.

This room is used to store large pots. These contained basic foods such as olive oil, grains, and wine.

This workshop is run by slaves. They build products such as shoes and jewelry for the people of the house here. The slaves use things such as gold and other materials to make different crafts. 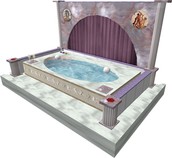 Only wealthier people have their own bathroom. The bathtub is filled with water from a well or public fountain, and then it would be heated over a fire.

Our food is very healthy. You will mostly find vegetables, grains, wheat, barley, fruit, bread, and cakes. And you should probably get used to eating a lot of olives and beans, too. We also grow figs and keep goats for milk and cheese. If you come here in the summer, you'll find plenty of fresh fruit and vegetables, and in the winter, you may not get fresh produce, but you will get dried fruits and stored fruit like apples and lentils. Oh, and you won't find a lot of meat, only some people sell it, but you can get a lot of fish. And of course, there is always that glass of homemade wine to wash everything down!

In Athens we have streets by which we can walk to where ever we want. We have an especially busy and large street called the Panathenaic Way. Although the main mode of our transport is walking, we also have carriages and wagons, although those are only for the rich. In fact, many of the rich can sometimes find them difficult to afford because it costs a lot to keep and care for a horse! Also, there is always the sea, and if anything we are definitely experienced navigators so you don't have to worry about getting lost.

Athens has a lot of cultural activities and sports, although only men can participate in them. The two main things are the Olympic Games and theater. We take our sports very seriously and have gymnasiums where people can exercise and relax. We believe that a healthy body is very important and you can also think of sports as a preparation for war! Every four years, we have the Olympic games held in a village called Olympia in honor of the god Zeus. This is one of the most important events in all of Greece and most of the city-states come here and compete against one another. The other thing that we really care about is theater. Plays are a big part of our life and they take place in big theaters built on hillsides. Plays are either tragedies centered around the past or comedies about life today. Greek actors wear masks that mimic a human face with exaggerated emotions and features. Tons of people come to watch plays all the time! Also, a famous site in Athens is a place called the Parthenon, and it is a temple built in honor of the goddess Athena.

One of the most unique and best things about Athens is its government. We are proud to say that we are the first democracy in Greece. We aren't run by any king or ruler but we have 10 generals called strategoi that we elect who deal with war. We also have magistrates who think of and enforce the laws. Any citizen can become a magistrate. Also, 5,000 people meet on a hill called the Pnyx every ten days to decide on a law. We have a court that gives judgment on cases. Athens' government is very good because it gives power to the people.

Well, this is the only problem that anybody might have with Athens. Although it is true that we are a democracy, we do not give equal rights to everyone. In fact, only male landowners can vote and the men really are the more powerful ones in Athens. They are the ones that get to make decisions, fight in wars, and socialize and go outside whenever they want to. The next person who has the most rights is women, although even their rights are limited. They can't go outside in public without their husband's permission and from an early age they are only taught how to run a household. At the bottom of the Athenian social structure are slaves. A slave's life is full of work, and women slaves are the people who do the dish cleaning and cooking in a household. The male slaves help tutor the children and they work in the workshops in a house. Slaves make up about a quarter of Athens' population.

Another thing that we take pride in is our education. Athenian boys go to school at the age of 7 and end at the age of 14. But schooling is not free so most of the time only rich boys go to school. There, in the mornings they learn reading, writing, philosophy, and simple math. The schools are small rooms with stools and benches with a teacher and about 20 boys. In the afternoons the boys go to wrestling school where the learn how to play different sports and stay fit. Whereas the boys learn how to participate in the Athenian Assembly and they learn about war, the girls are often taught at home how to run a household. 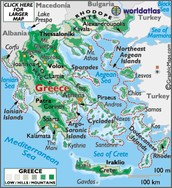 Here are just some things to keep in mind while you are traveling to Athens.

Nishad is using Smore newsletters to spread the word online.