Bonita is using Smore newsletters to spread the word online.

Get email updates from Bonita: 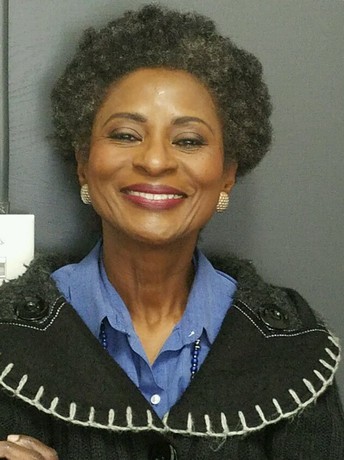 The hugely popular duo better known as Sonny & Cher made this song a Billboard Hot 100 Top 10 hit on January 14, 1967! The song was both written and performed by Sonny Bono. Now, I am sure that when this song was penned, the “beat” that was heard on center stage was of course the musical implication of “beat” in its truest form. However, diverging somewhat from its original intent – I want to talk about a different beat, that of our hearts; specifically – Heart 'Dis~ease' and Women.

According to the Department of Health and Human Services Office on Women’s Health, heart disease is the number one killer of American women. In recent years, it has been discovered that some heart disease symptoms and risk factors are different for women than men. It would be very difficult to believe that anyone, young or old alike has not heard of “heart disease” in some shape, form, or fashion, but often times without really fully understanding what exactly heart disease entails. Heart Disease refers to several types of problems that affect the heart. Chief among the types of heart disease is Coronary Artery Disease (CAD), also called Coronary Heart Disease.

In CAD, plaque builds up on the walls of the arteries that carry blood to the heart. Over time, this buildup causes the arteries to narrow and harden; a process called atherosclerosis. This results in the heart not getting all the blood that it needs. It can also cause a blood clot to develop. If the clot blocks the flow to the heart- this can lead to what is referred to as a heart attack, according to www.womenshealth.gov.

Now that the definition of heart disease has been noted, the follow-up question would be, “How do I know if I have heart disease?” Much to the surprise of many, including my family, heart disease often has absolutely NO symptoms that can be felt like pain or shortness of breath. My father died at the age of 38 of an apparent heart attack with NO known symptoms, (more on that later) . This is especially true of women. In fact, 2 out of 3 women who die suddenly from heart disease did not have symptoms. However, there are some signs to watch for:

2. Burning type of chest pain or pain radiating in the back, neck, or jaw; best summed up as experiencing unusual upper body discomfort

3. Shortness of breath that is unexplained

7. Nausea (feeling sick to the stomach) ** research has shown that women are more than likely to experience nausea or vomiting (Office on Women's Health, U.S Department of Health and Human Services, 2018).

Emelia Benjamin, et al in “Heart disease and Stroke Statistics – 2017 Update: A Report from the American Heart Association Circulation notes; “a woman suffers a heart attack every 100 seconds in the United States.” Yet, according to an American Heart Association’s survey, 1 in every 3 women said they would not call 911 if they thought that they were having a heart attack. Also, few were aware of the most common heart attack symptoms besides chest pain (American Heart Association, 2016). Armed with such overwhelming odds, a campaign was implemented from the US Department of Health and Human Services Office on Women’s Health called “The Make the Call, Don’t Miss a Beat” program. This was designed to empower women and their families to learn the seven most common signs of a heart attack AND to call 911 as soon as symptoms arose (Office on Women's Health, U.S Department of Health and Human Services, 2018).

Some risk factors were alluded to earlier; let’s discuss these. We all have certain habits and particular health problems that can raise risk factors for cardiac disease. The good news is that many risk factors can be controlled such as:

Alternatively, health problems can be improved to slow or reverse disease progression. Health problems that we can improve include the following:

***At the age of 12, I learned after my father’s death that he had Systemic Lupus Erythematosus. Lupus is a lifelong disorder of the immune system. Immune cells attack the body’s own healthy tissues, leading to inflammation and tissue damage. Symptoms may be limited to the skin, but often lupus also causes internal problems such as joint pain. In severe cases, it can damage the heart, kidneys, and other vital organs. This was the case regarding my father and his cardiac disease. His rash was so pervasive-- his nickname was “Strawberry” as he had very little color left to his face. Although there’s no cure, there are treatments that can minimize the damage. (WebMD, 2018)

If someone has one or more of the above health problems – they are encouraged work together with their health care providers to implement health changes to help lower their risks. Providers may prescribe medication to help control blood pressure or cholesterol that a diet alone may not. With data connected to any life threatening condition, I was largely unprepared for what I discovered in researching this topic. Much of the information as it relates in general and specifically to both race and gender was very unsettling. The stats related to heart disease were very eye-opening, even for someone like me, who worked on a cardiac unit at one time.

Here is a sampling of the stats that were found:

· Since 1984, more women than men have died each year from heart disease and the gap between men and women’s survival continues to widen

· Cardiovascular disease and stroke cause 1 in 3 women’s death each year, killing approximately one woman every 80 seconds

· Women have a higher lifetime risk of stroke than men

· Cardiovascular diseases are the leading cause of death for African American, women, killing over 48,000 annually

· More than 40 % of non-Hispanic blacks have higher blood pressure, which is more sensitive in blacks than whites, and develops earlier in life

· Researchers found that a gene that makes African Americans much more sensitive to the effects of salt, which in turn increases the risks for developing high blood pressure. In people who have this gene, as little as one extra gram (half a teaspoon) of salt could raise blood pressure by as much as 5 millimeters of mercury (mmHg)

· For many African American women, particularly those who consider themselves perfectly healthy, a perception that may not always equal healthy

It has long been said that knowledge is power, and certainly wanting to embrace everything that the fact alone can garner in today’s world of super heroes; male and female alike. It was not my intent to end on a deeply depressing note as it pertains to the data presented here. Rather, as my Pastor, Dr. Kent O. Johnson always says, “When we know better, we do better”. So, if the reader has discovered information that can be used to transform their own lives, or that of a relative or friend, then my mission is complete. There was a fair amount of “shock and awe” in unearthing this information, but my life too, will be forever changed by what was found.

February 2, 2018 was Go Red Day in support of Women’s Heart Health. There are many changes that have resulted from the spotlight being shined on the topic of Women’s Cardiovascular Health. For instance, women who are involved with the Go Red for Women's Movement live healthier lives. As women, let’s commit to discovering how to live healthier, full lives for heart health, and then implementing what we find in a way that paves the way for others to follow. 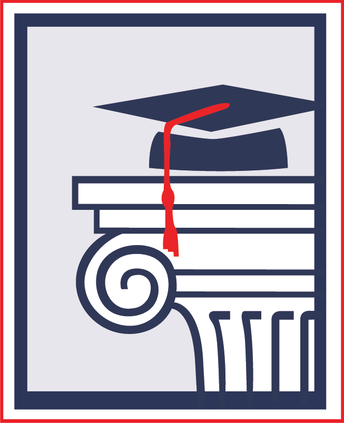 The Montgomery County Educational Service Center (ESC) supports a system for strong collaborative linkages of its major stakeholders: districts, educational providers, students, parents, and the public at large. Through these combined efforts, the ESC works actively to support the schools' continuous improvement processes by offering a broad range of quality services and programs. These cooperative efforts are designed to strengthen the capacity of the districts to achieve quality and cost-effective programs.

Bonita is using Smore newsletters to spread the word online.