A Book Project on Jay Asher's novel by Colette Puhala

A Book Project on Jay Asher's novel by Colette Puhala

Clay is the main character of the story, and it is from his point of view that you're able to hear Hannah's story. A nice and hardworking guy, Clay was deeply shaken learning the full circumstances of Hannah's last memoir.

Hannah is the girl who made audio tapes to explain herself after she committed suicide. Originally a kind and innocent girl, too many cruel actions from seemingly unrelated people simply became too much to bear. 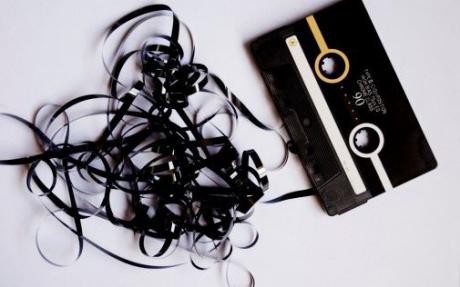 A representation of Hannah's tapes that she left to tell her story, even after she was already gone.

The ice cream parlor is significant to the PLOT because two events happened here that would dramatically change Hannah's view on life.

The broken stop sign shows Hannah's CHARACTER by showing how she tried to do the right thing but was unable to, due to others' selfish reasons.

The party was significant to the THEME of the story because although people can appear to be a certain way, there is always something underneath waiting to be heard.

Hannah's story begins with a simple kiss from her crush, Justin. But soon after, Justin starts a rumor that they did more then just kiss. This leads to Alex creating a list with her name on it, giving people just the excuse they needed to act upon said rumors. When Hannah tries to get on with her life and perhaps even make a friend, Courtney is the one who shows her that no one can truly be trusted, and just when she needed a bit of support the most, Zach is the one who takes it away from her. But then she encounters Clay at a party, and she tries to reach out to him, but no matter how much she tried, it wasn't quite enough. After Clay leaves, Hannah is witness to a horrific event, and it shakes her to the core that neither she nor another were brave enough to stop it. Almost at the end, Hannah desperately tried to reach out to an adult, the school counselor, Mr. Porter. But even then, it is simply no help.

After Hannah's story is over, Clay notices a lone girl in the hallway, an acquaintance named Skye. With his new insight, Clay sees that Skye is going through something similar to Hannah, and he makes the decision to reach out. Even though he was too late to save Hannah, if he shows that someone cares, he could certainly make a difference in Skye's life.

The theme of Thirteen Reasons Why is that pain and suffering aren't always obvious and while some actions may seem insignificant, our actions will always end up affecting someone else.

Follow Colette Puhala
Contact Colette Puhala
Embed code is for website/blog and not email. To embed your newsletter in a Mass Notification System, click HERE to see how or reach out to support@smore.com
close