yasmine is using Smore newsletters to spread the word online.

Get email updates from yasmine:

join my club for more information about steve jobs! at 4p.m

join my club for more information about steve jobs! at 4p.m 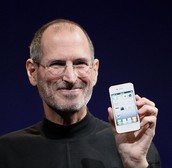 steve jobs is a great man that invented a company called apple. he made apple when he was in high school. he and his friend invented the first computer of apple. it was the 1 computer of apple, but then he left apple and he found NeXT and he created toy story. then he got back in apple and started inventing more iphones, ipods, and more. but then the next morning he looked in the mirror and thought to himself, "i wonder when it is going to be the day of my death" and the next day... he woke up and he started feeling sick, and sicker then he went to the doctors and he said " you have cancer" but then he went home and ate his medecs and the next day he went to the doctors and they told him that he didnt have cancer anymore but then he went to help the others with apple then he felt something the he had cancer again and he died in OCTOBER 5, 2011.

yasmine is using Smore newsletters to spread the word online.

Follow yasmine ochoa
Contact yasmine ochoa
Embed code is for website/blog and not email. To embed your newsletter in a Mass Notification System, click HERE to see how or reach out to support@smore.com
close