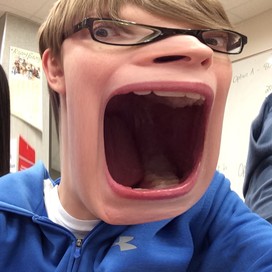 William Barret Travis [August 1, 1809 - March 6, 1836] lived as a lawyer and soldier throughout his life. Travis lived in the US as a lawyer in Alabama. In 1828 he married Rosanna Cato and they had their first child, Charles Edward Travis. However, soon the marriage fell apart and Travis left for Texas, leaving his wife, son, and currently unborn daughter behind.

He arrived in Texas in 1831, and worked as a lawyer until he met a group of militants that were against the Law of April 6, 1830. This is when he first heard of Santa Anna's crimes.

In 1832, Travis moved to San Felipe and got engaged to Rebecca Cummings. Soon after, his wife Rosana traveled to San Felipe to get his signature on divorce papers. She left their son, Charles with him. He soon decided to fight in the Texas Revolution and left Charles in the care of David Ayers.

He recruited 29 men and marched to Béxar and participated in the Grass Fight. Soon he marched to San Antonio and shared command with James Bowie until Bowie fell sick.

Once surrounded by Santa Anna's men, he sent his famous letter pleading for reinforcements to all of Texas. He soon died on the morning of March 6th, 1836 when Santa Anna's troops stormed the compound.

On Febuary 24, 1836, Travis wrote one of the most famous letters of North American history. Here is the original text below.

To the People of Texas & All Americans in the World

I am besieged, by a thousand or more of the Mexicans under Santa Anna I have sustained a continual Bombardment & cannonade for 24 hours & have not lost a man. The enemy has demanded a surrender at discretion, otherwise, the garrison are to be put to the sword, if the fort is taken I have answered the demand with a cannon shot, & our flag still waves proudly from the walls I shall never surrender or retreat. Then, I call on you in the name of Liberty, of patriotism & everything dear to the American character, to come to our aid, with all dispatch The enemy is receiving reinforcements daily & will no doubt increase to three or four thousand in four or five days. If this call is neglected, I am determined to sustain myself as long as possible & die like a soldier who never forgets what is due to his own honor & that of his country VICTORY OR DEATH.

P.S. The Lord is on our side. When the enemy appeared in sight we had not three bushels of corn. We have since found in deserted houses 80 or 90 bushels and got into the walls 20 or 30 head of Beeves. Travis 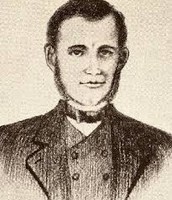 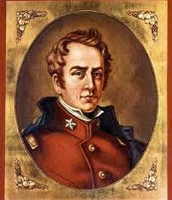 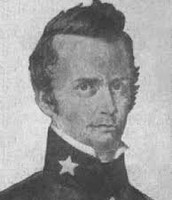 William B. Travis ~ Letter from the Alamo