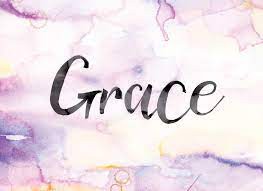 There is an amazing and fabulous truth explained in Romans 5:20

“The law was brought in so that the trespass might increase. But where sin increased, grace increased all the more…” [NIV].

In English we can certainly make a start to grasp Paul’s meaning — wherever there is sin God’s grace is there to cover it — but a quick dive into Greek reveals something truly amazing about this grace!

In the King James translation of this verse the translators use the words “sin” instead of “trespass” and “abounded” instead of “increase”. Although it sounds quite stilted and archaic to our ears, and maybe a little obscure and difficult to grasp, in terms of content this is a very good translation.

“Sin” in this context refers to indiscriminate, and both intentional and unintentional, violations of God’s will and purposes because of the thoughts and actions of mankind.

Pre-Moses, in our ignorance, we humans didn’t truly understand how far our pride had taken us from God’s standards. But once the Law of the Lord was spelled out, it became increasingly obvious just how far away from perfection our sinful natures had taken us! Paul’s description of this increased perception and understanding was that sin increasingly “abounded”. The more we understood how pervasive the problem was, the more we recognized that sin “abounded" even more than we first thought!

It’s a little like buying a new car. Before you buy it you probably never notice that color, make or model on the road. After you buy it, that make, model and color seems to be everywhere!

The greek word for “increased” (right after “sin” in NIV) could be translated as “existed in abundance”. In other words, you didn’t have to look very far or hard to find copious amounts of evidence of sin - it seems to be everywhere! And the more you look, the worse the problem seems to become.

However, the second word for “increased” (coming right after “grace”) is a different word in Greek. It too has the meaning of “existing in abundance” but is much more forceful and means “exists in excessive abundance”. It’s like the difference between “full” and “gushing and overflowing” in English.

A good way to think of it is that you may feel thirsty and would like a bottle of water to drink, but when you ask for a bottle a whole truckload of water shows up, accompanied by an ice truck in case you need it cooled down as well. However thirsty you thought you were, there was not only more than enough to take care of your need, there was enough to fill a swimming pool and set up an ice rink! The solution is “over the top” in terms of extravagance. It’s superabundance!! That’s the grace Paul is talking about! Out-of-this world grace, over-the-top grace, no rationing or skimping or stinginess about this grace!

Dr. Kenneth Wuest translates this verse as “Where sin existed in abundance, grace was in superabundance, and then some more added on top of that.”

Understanding this verse means you can never again believe that anyone could be so far depraved as to be outside the possibility of God’s grace. Such a person may not take advantage of what is offered, but it is offered nonetheless and is not only sufficient, but vastly in excess of what is required. We get to understand that God is wildly extravagant in lavishing his grace and love on his creation. If that does not provoke a spontaneous “Hallelujah!” I don’t know what does! 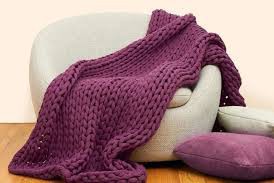 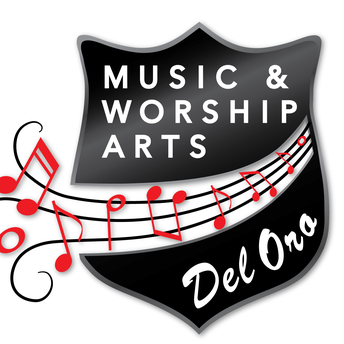 16 - Registration for Divisional Youth Retreat DUE 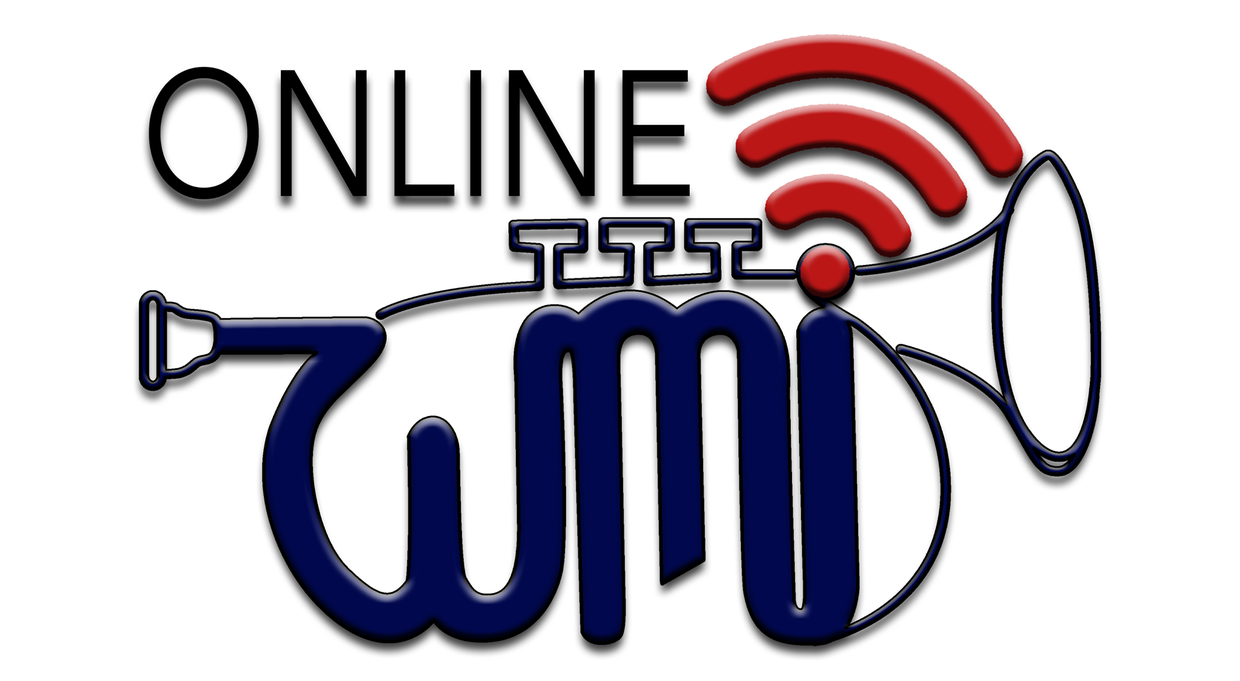 We have some great classes lined up for you:

We will begin each day by worshipping together, led by OUTSIDE WORSHIP(Phil Laeger, Marty Mikles, Anna Street)

Then we will join together in Bible Study let by Majors Billy and Annalise Francis from the Ashland Ohio Kroc Center.

We would love to have you with us! 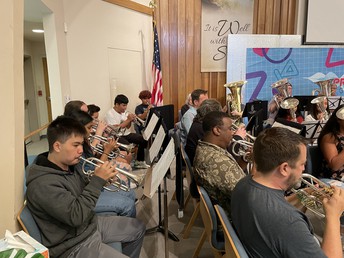 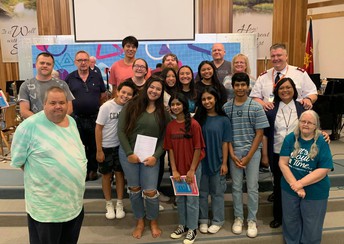 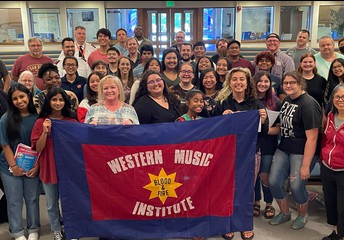 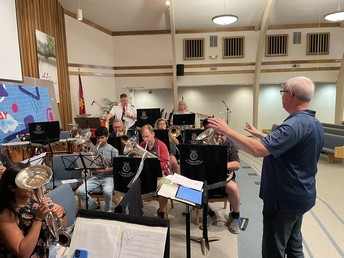 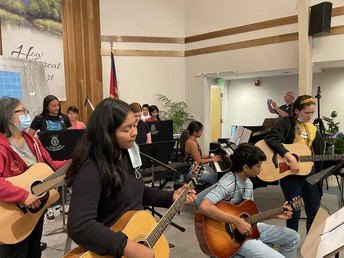 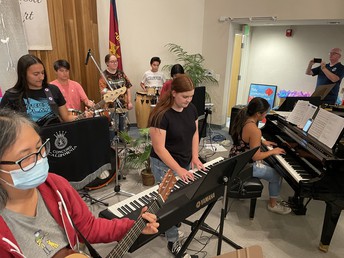 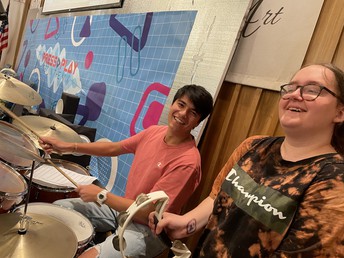 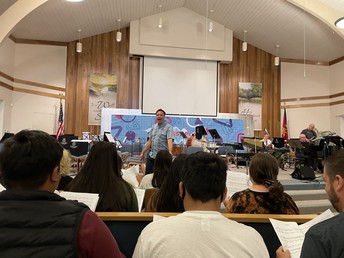 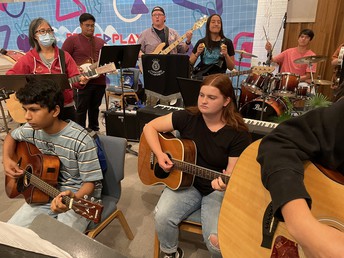 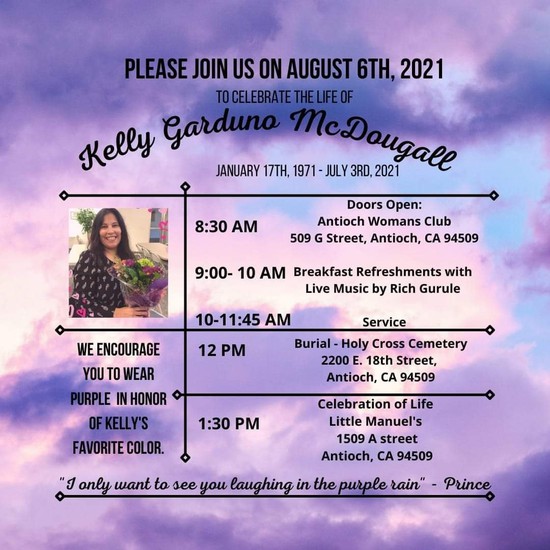 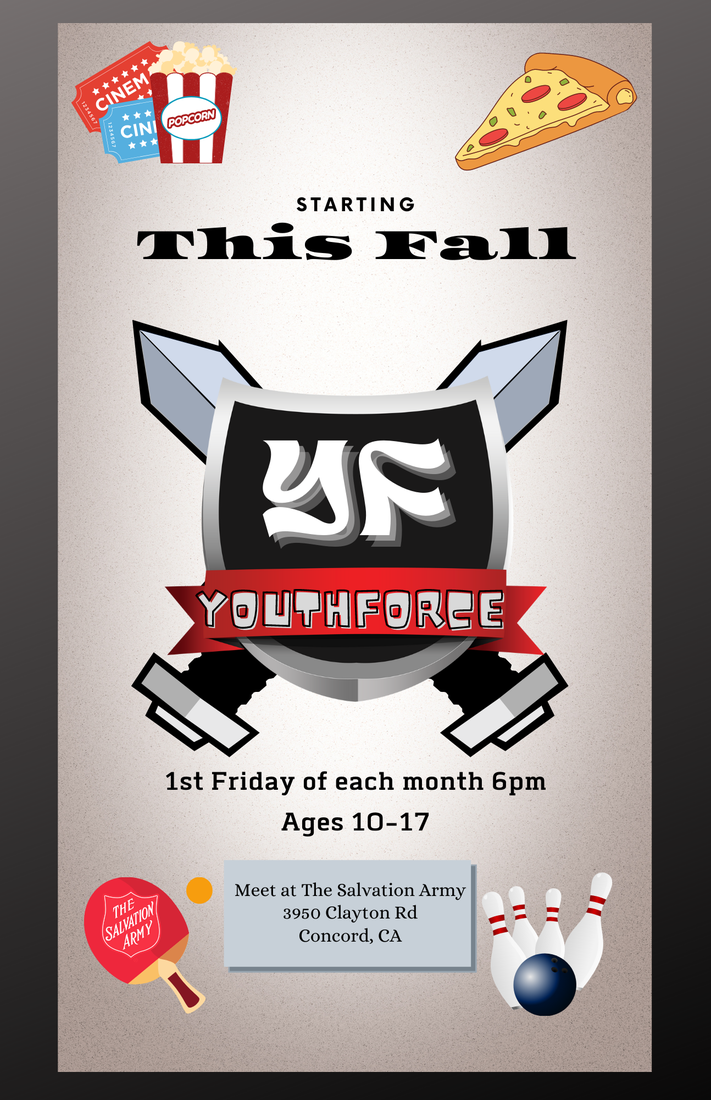 My name is Steve, and I am working with Major Ann to create a youth group that will be meeting once a month on the 1st Friday. I am sending this message to invite you to a Facebook group so that you can stay up to date with news and activities as we move forward. Please accept the invitation if you wish for yourself or your child to be a participant in these activities. You may need to request to join the group.

The first activity will be August 6th at 6pm at The Salvation Army Concord Community Church and we will enjoy some pizza and games. Moving forward we will try many different types of activities, all aimed at good kid fun and fellowship.

We will also be looking for a few chaperones to help out! So, if you are interested in any of the upcoming activities, just let us know. You can respond to the events on the Facebook group and let us know if you plan to attend.

You may have already received an invitation or accepted it. Thank you, hope to see you or your wonderful kids at the YouthForce. 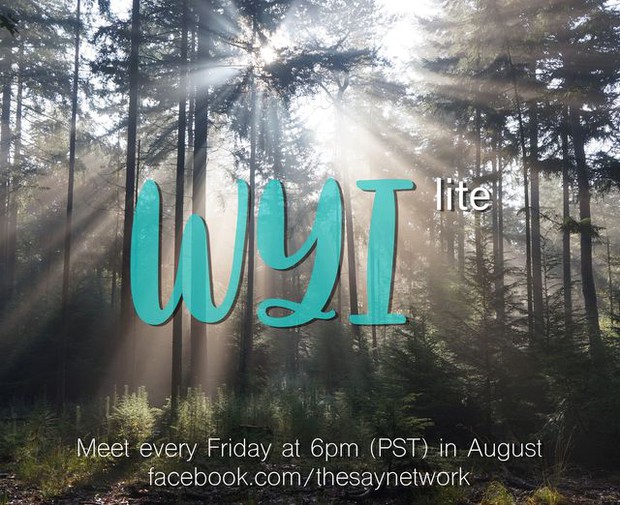 Get your youth group or group of friends together and join us for WYI Lite!

WYI Lite is a series of 4 FREE virtual services. Each service will feature a message, worship, small group questions, and activities for your group to do together. Our scripture for the week is based on 1 John 1:5-9. One of our priorities at WYI is cultivating community so we strongly encourage groups to meet together for each service when safe and possible.

6:00pm (PST) on the Saynetwork Facebook page. Corps Officers will also be sent a link to download all services & activities directly. 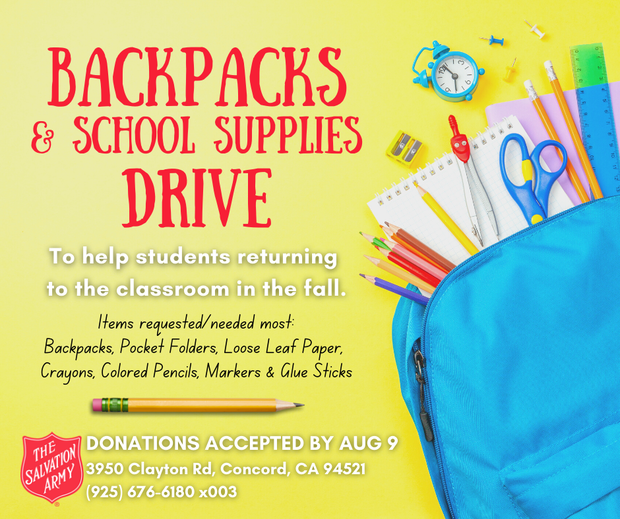 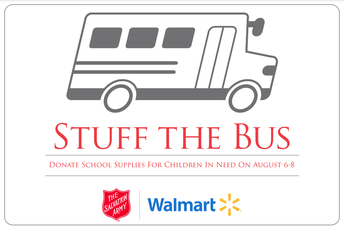 Back to School Giveaway

We do have quite a collection of school supplies from local stores already. We have also purchased some backpacks. However, if you would like to purchase a few more backpacks, we could add that to the collection.

We will also have a collection bin at Walmart in Martinez. Feel free to bring supplies down or order online from our registry: https://www.walmart.com/registry/registryforgood/6dee4d89-c65d-4559-be76-a5b7f9cf807c/view.

If you would like to assist with the packing and distribution of the supplies, please let Major Ann know. 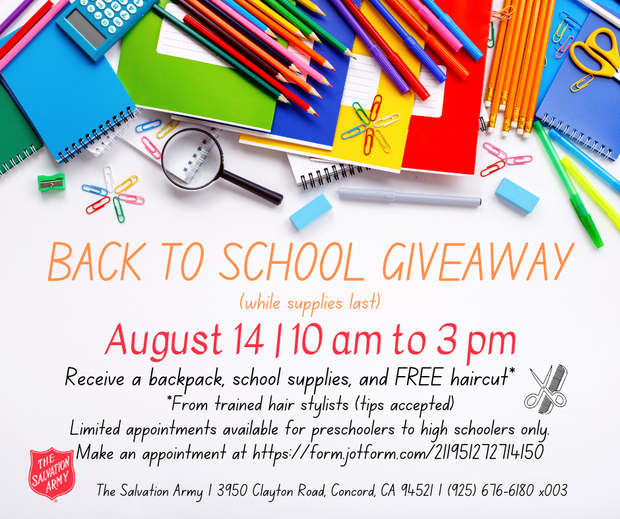 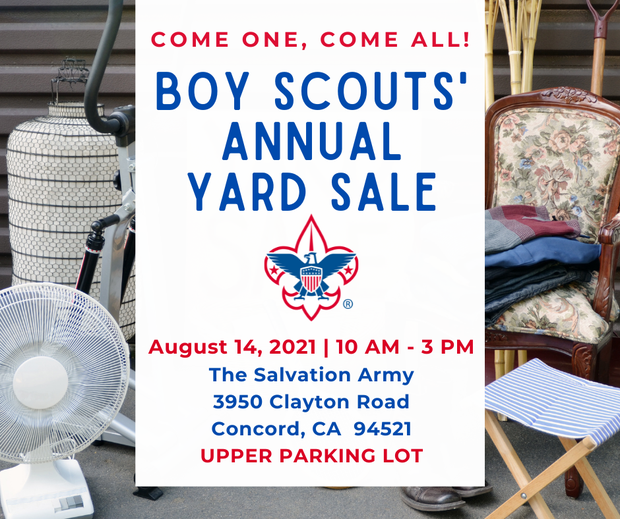 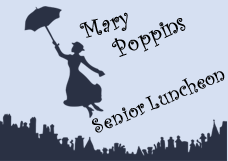 Save the Date: Senior Luncheon

The Del Oro Divisional Senior Luncheon will be Friday, September 10th, at the Concord Corps. Registration and activities start at 10:00 am, lunch will be at 11:30 am, and the event will end approximately at 1:00 pm.

The cost is $10 per person and the deadline to send in our registration is Monday, August 30th. Please let Major Ann Jones if you would like to attend.

The theme is, Mary Poppin’s “Jolly Holiday.” We encourage wearing costumes or attire to go along with the theme. 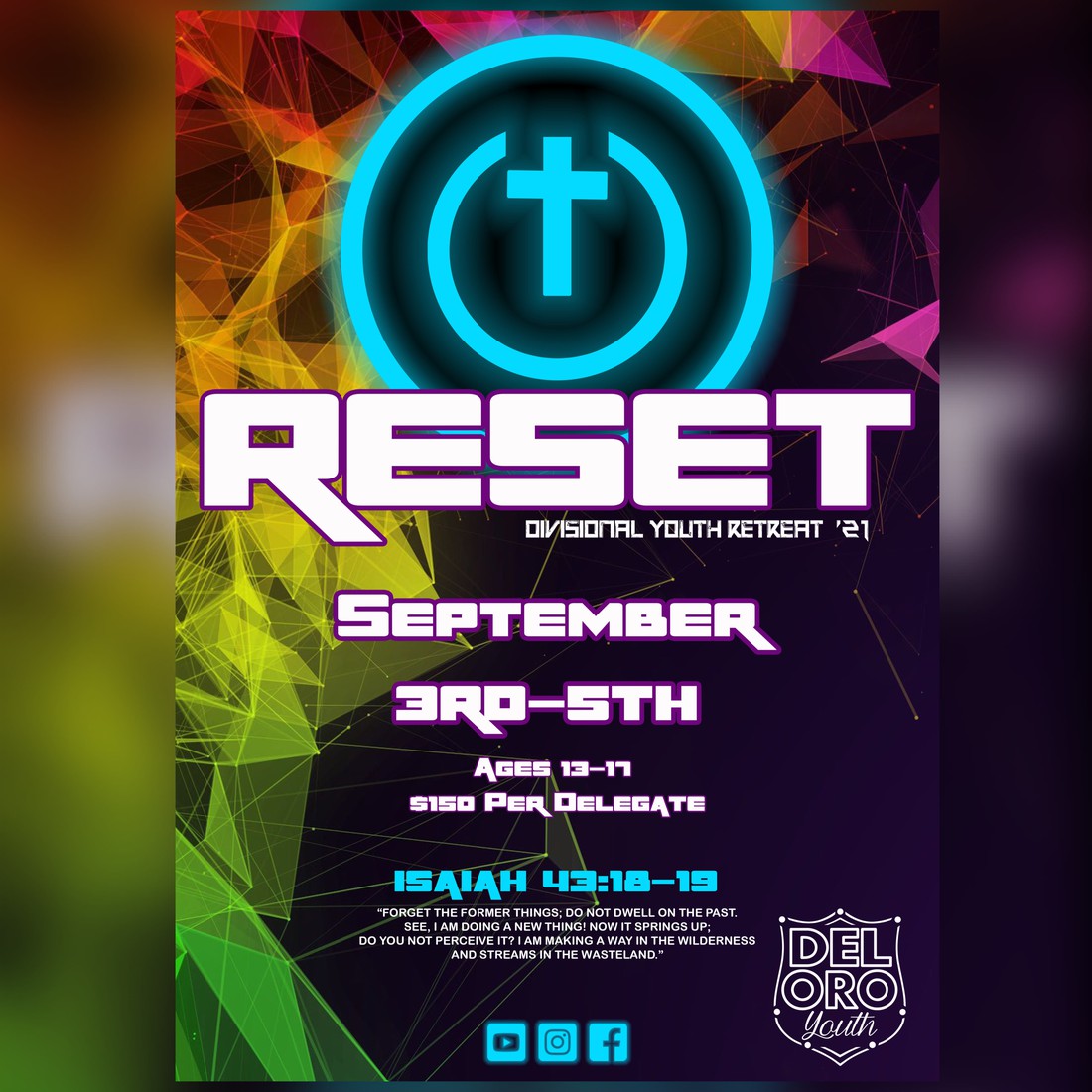 After enduring 2020 and adapting to 2021, we feel it is a perfect time to help our teens reset by encouraging them to “Forget the former things; do not dwell on the past because God is doing a new thing!” (Isaiah 42:18-19). Our team is preparing an exciting weekend with fun activities, but most importantly opportunities for the youth to ask questions, pray, find answers, and draw closer to God and know that he makes a way through our wilderness.

Stay connected on our social media through http://linktree.com/deloroyouth leading up to event, as we reveal guest speakers, guest worship leaders and much more!

Registration forms can be downloaded using this link. Please complete form and hand to Cindy at the office. She will give them to Major Ann upon her return from vacation. She will also be one of the chaperones for the weekend: 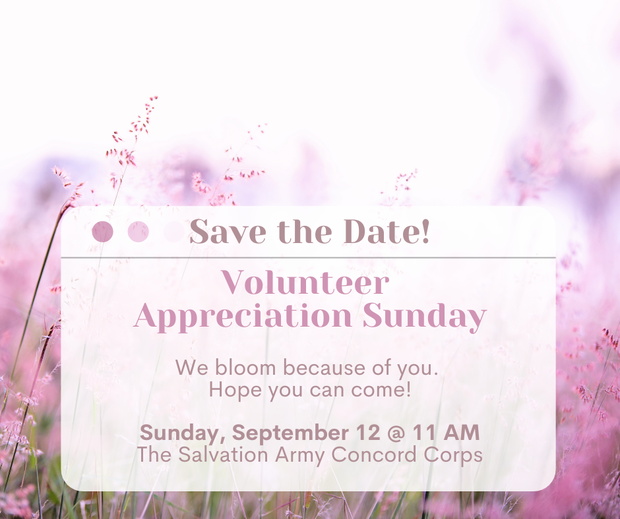 Facebook
3950 Clayton Road, Concord, CA, USA annmarguerite.jones@usw.salvationarmy.org (925) 676-6180 salvationarmyconcordca.org
Carrie Underwood - Amazing Grace (Official Audio Video)
Embed code is for website/blog and not email. To embed your newsletter in a Mass Notification System, click HERE to see how or reach out to support@smore.com
close