Working together to make money work.

Working together to make money work.

Founded in 1913 by Congress, The Fed helps make a safe and stable banking system. The Board of Governors makes many of the decisions, with the help of advisors. The president appoints members to the board and they are confirmed by the Senate. There are 12 District Banks that are seen by the Fed. They include: Boston, New York, Philidalphia, Cleveland, Richmond, Atlanta, Chicago, St. Louis, Minneapolis, Kansas City, Dallas, and San Francisco. Below is The Fed headquarters in Washington DC. 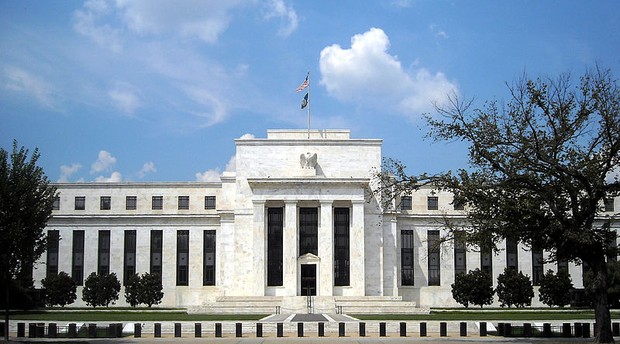 The Board of Governers is a group within the Fed, or Federal Reserve System. There are seven members in charge of overseeing the 12 District Banks and overseeing monetary policy. Governer's terms are staggered for 14 years once appointed by the president. They are headquartered in Washington DC.

The FOMC oversees the buying and selling of government bonds and sets monetary policy. The committee meets eight times a year to discuss financial aspects of the country. Their main goal is price stability.

Bureau Of Engraving and Printing

Formed in 1862, the Bureau of Engraving and Printing helps design and produce different amounts of paper money. Each day over 9.7 tons of ink go into making those unique dollar bills that we all use. It is a part of the Department of the Treasury.

The U.S. Mint is responsible for the making of up to 28 billion coins per year. It makes unique, safe coins that will be circulated throughout the United States. It became part of the Department of the Treasury in 1981.

The US Mint is responsible for the production of an assortment of coins.

The dollar bills shown here were made by the Bureau of Engraving and Printing.

Shown is the Department of the Treasury, which oversees the production of coins and federal notes.