Welcome to goPuff: a company built on the promise of growth. Of cities, of orders, of customers, of variety of inventory. And amidst all that, we often forget to nurture the most important agent of change: ourselves.

The beautiful thing about working for this company is that we get to grow with it. None of us are strapped by a 9-5, by a cubicle, by 2.5 kids and a mortgage, by a job title or by a singular responsibility that singularly motivates a paycheck. So humble yourself. You work too hard not to.

Ask someone in another department what they're working on, understand their perspective, maybe there's a way you can help (there is). Practice reactiveness and proactiveness. Do what you do in your role and do it well so that you can make space for another, for the next big move, the next big change, the next big idea, the next big whatever that will - IS making goPuff the next big thing.

You've probably noticed some movement on the app lately. That's because VP B2B Dan Folkman aka Sir Flex A Lot (pictured above) has in the last quarter-ish hooked it up with Hershey's, Nutella, Haagen Dasz, Red Bull, Bear Naked and more. Big things are happening, people. If you want to introduce a new product, want to connect with a brand, want to initiate a marketing campaign, LET US KNOW! Don't know who to talk to? Email me at taylor.goldman@gopuff.com and I'll connect you.

You Can goPuff That!

On the App Store. And Google Play Store. For the new update. Because it's amazing. Get creative. Channel your inner Hemingway. Take a chance. Buy a flight. Fall in love. Dance like no one's watching. But mostly, LEAVE A REVIEW. Because we are watching. We will find you. And we will kill you. Okay, I'll stop. But seriously leave a review. 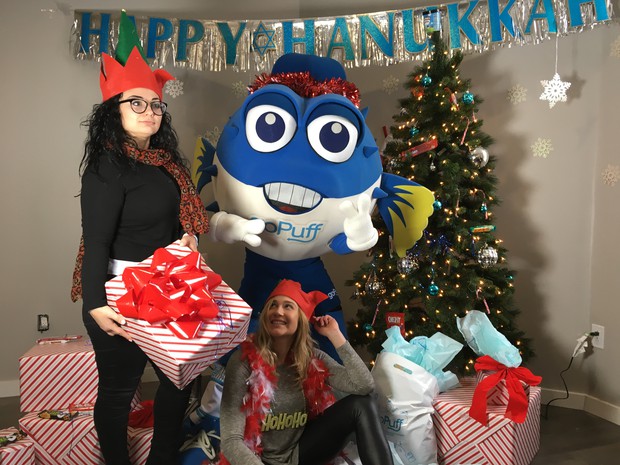 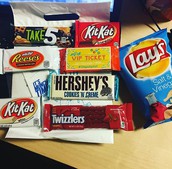 The idea: order Reese's, Kit Kat, Twizzlers and Take 5 and you may find a goPuff VIP Ticket in your goPuff bag, entitling you to a free shopping spree at the goPuff office.

Campaigns like this are super important because they:
1. Drive sales.
2. Give goPuff leverage when approaching huge companies like Hershey's.
3. Make our customers love us.
4. Are something our "competitors" can't do.

Today is Day 6! Managers, you're doing a great job keeping up and picking customers. People are looooving it (check on our Twitter & Instagram if you don't believe me). We have six more days, keep it up! 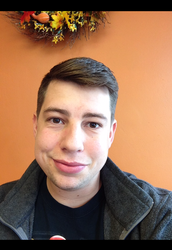 State College is our first campus-exclusive market and easily one of the fastest-growing, hitting 100 orders/day within only a few weeks. Meet the face behind it, Marcus.

Name: Marcus Zimmer
Age: 27
Hometown: Reedsville, PA (although born in Hawaii because my father was in the Army).
Position: Regional Manager
Hypothetical Dating Profile Bio: I'm a mix between Jim from the office and Nick from New Girl; I watch too much TV.

What's your goPuff story?
Adam Buys, the Phoenix Regional Manager, was my college roommate. He put me in touch with goPuff to discuss the State College area and help the guys learn about the potential market here. After that interview I trained in Philly for about 9 weeks, Boston for one week, and D.C. for a weekend.

So you went to Penn State?
Yes, I did.

Did you frat so hard?
Haha, no.

Had to ask. What were you doing before goPuff?
I worked at Philips Ultrasound as a production supervisor. One of the world's leaders in every form of Ultrasound. I managed 14 people within my area.

Ultrasounds and goPuff orders - basically the same thing, right?
Haha, basically. Managing people certainly comes into play. I was also in charge of assuring that inventory was accurate and that the proper number of work orders were completed and completed on time. Somewhat similar to my goPuff responsibilities.

That's awesome. How's life at State College?
It's great. It's comforting for the first location that I opened to be in an area that I know so well. I know people's tendencies and local hot spots. As far as personal life, I like being close to the movie theater and comic shop that I frequent.

Movie buff! What movies and/or comics (for the novices out there like me) are you into right now?
I'm into a lot of different types of movies; the best one that I've seen this year was probably Hell or High Water. But I try to go to the movie theater three or more times per month. As far as comics go I read a lot of monthly titles the bigger names being the Amazing Spider-Man, Batman, The Walking Dead, Doctor Strange, and Outcast.

Marvel: better as a comic or better as a movie?
Always better as a comic but it's really cool seeing characters on the big screen that you never thought would be there. Spider-Man is huge so it makes sense that they made a movie. But we live in a world in which a Black Panther movie is coming in 2018 and we just saw a Doctor Strange movie. That's pretty crazy.

State College probably the fastest growing market yet. What's been the biggest challenge you've faced at goPuff thus far?
The biggest challenge thus far is being able to keep up with staffing while growing so fast. We did 100 orders after being open for a week so I didn't have much time to try to find managers. Luckily I've gotten a lot of help from people driving here from Philly.

What about personally?
On that end, the hardest part has been commuting to work. I live about 30 minutes away so that's an hour less sleep I get at night after working 16-17 hours each day. But I'm honing in on a place to live that's closer.

What about as a Regional Manager?
One of the main challenges that I recognize is not sitting back and just accepting the way goPuff is operating. There is always room for improvement and part of my job is finding ways to make my city better and then presenting these ideas to help the company as a whole. Beyond operations I believe that it is important for a regional to be in touch with their city and have knowledge of what their customers wants and needs are. Such as assisting marketing in different ways to bring in new customers based on regional knowledge and helping Supply Chain by finding local vendors or suppliers to, once again, grow their individual market. Working with local businesses to sell their products and doing work in the community will help get our name out there and lead to a more successful location which leads to a more successful and growing company.

What is it you like about working at goPuff?
The camaraderie within the company. Everyone has made me feel welcome in every city that I have visited. Then beyond the initial welcoming I have formed friendships with many people within the company. And then there's people that I haven't even met with in person but they do everything they can to help, such as seeking opinions or customer service help in GroupMe. It's an easy thing for a company to say, "We are all like family." But I have truly experienced this within goPuff. Employees all over the country that speak to each other as close friends.

What did you want to grow up to be as a kid?
Ha, when I was a kid I wanted to be a surgeon. I was fascinated by the medical field and enjoyed helping people.

What’s the worst date you’ve ever been on?
I was out with a girl that, while eating with her mouth open, was telling me about her recent STD test, that yielded less than desired results.

Nice. What’s the best thing since sliced bread?
goPuff. Other than that, food trucks.

If you could switch positions with one goPuff employee for the day, who would you switch with and why?
If I'm switching right now or tomorrow, Adam Buys. So I can experience a new city and some warm weather for a day. And he knows Penn State so I wouldn't worry about my city.

You can write one question to be asked in this interview. What is it?
What Mario Party character do you play with?