Tanit is using Smore newsletters to spread the word online.

Get email updates from Tanit:

What were the characteristics of Yasi?

Cyclone Yasi was one of the worst cyclones to ever hit Queensland. Yasi brought with it soaking rain, which caused widespread floods. At South Mission Beach, 143 kilometres south of Cairns, 470 mL of rainfall was recorded in 24 hours. The average rainfall in Mt Eliza for the month of February is 52.8 mL. The heavy rainfall from Cyclone Yasi added to the damage of the floods caused by La Niña in January 2011, and residents reported that their houses were at least 1 metre underwater. Photos from Rockhampton (located 600 km north of Brisbane) showed men walking through murky water up to their necks.

What was the pathway of Yasi and how did this affect the cyclone?

These diagrams shows the path of Cyclone Yasi as it travelled from near Fiji as a tropical depression then strengthened into a category 4 cyclone then weakened as it hit land and began to dissipate, the different colors represent different strengths: blue being weak and red very strong.

Between Vanuatu and Australia, the only land mass is New Caledonia. This means that Cyclone Yasi travelled approximately 2396 km over warm water, all the time building in energy and mass. At time of landfall, it was a massive wall of wind, supercharged from its prolonged journey over warm water.

What causes tropical cyclones to form and what characteristics of them do we need to be concerned by?

Tropical cyclones are formed over deep, warm tropical water – above 26.5°C and at least 50 m deep. The high temperature of the ocean means evaporation is accelerated, and once the gas hits the cooler atmosphere above the ocean, it encourages thunderstorm activity.

Cyclones are unbelievably destructive. They bring highly devastating winds and heavy rain. The wind at the outside of a cyclone can travel up to 200 km/h and destroys any structures in the way.

How did Yasi affect the natural and cultural landscape?

Parks and forests suffered massive tree loss, with canopies stripped of leaves and branches torn off. Fortunately forests in the tropics have adapted to the extreme weather conditions of a cyclone and are ready to spring into action when it hits. Some shooting plants remain dormant while a tree is healthy, but grow quickly to compensate for the holes in the canopy. The cultural landscape of far north Queensland was transformed by Cyclone Yasi. Houses were flattened; roofs were ripped off and fences blown away. 150 houses were destroyed, while another 650 were left uninhabitable. At least 200,000 homes lost power and even one month after Yasi hit, 700 were still unconnected due to safety concerns.

Cyclone Yasi impacted hugely on banana plantations. Far north Queensland provides 90% of Australia’s bananas. In 2006, the banana plantations were severely affected by Cyclone Larry, which destroyed 100% of the banana crop. Cyclone Yasi, though it damaged only 75% of the banana crop, was much stronger and caused more harsh devastation. The Tully and Innisfail Plantations, which grow the majority of Queensland bananas, were hit worst

Cyclone Yasi largely affected the Great Barrier Reef. Though damage was scattered (some reefs were reduced to rubble while others were barely touched) experts have predicted that coral could take up to 20 years to recover fully. Tourism at the Great Barrier Reef contributes $5.4 million to the Australian economy every year. The storm surge set off by Cyclone Yasi also caused severe flooding, allowing toxic chemicals and debris to enter the reef and damage fragile coral.

What changes for the region and for wider Australia will occur due to Cyclone Yasi?

Cyclone Yasi has brought on many changes for the damaged region and for wider Australia. The Queensland government has adopted a new policy detailing more strict regulations for building houses in cyclone prone areas. This involves specific building materials, roof cladding, tie downs, bracing, stronger windows and doors and debris protection. The regulations aim to better prepare infrastructure for a tropical cyclone and minimise damage. The rules for the location of new structures have also changed. Before Cyclone Yasi, telephone poles were placed on the top of hills (ranges). During the storm, this proved to be impractical, with the strong winds easily tearing the poles out of the ground. The site for a new building must be approved after undergoing wind load and wind speed tests. Houses on low-lying plains are particularly prone to flooding and must now be built on stilts or preferably not in these areas.

Cyclone Yasi had a large effect on the prices of goods produced in Queensland. With 75% of the banana crop destroyed and of the sugar cane crop ruined, banana prices nationwide rose 470% while the international price of sugar rose 4%. Queensland produces 10% of the world’s sugar supply, which includes both raw sugar and sugar to be used in other food stuff (such as tinned food). This had a flow on effect to the prices of many consumer products. 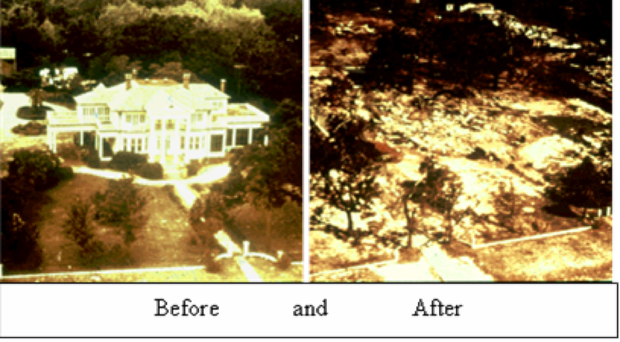 Tanit is using Smore newsletters to spread the word online.