Mindy is using Smore newsletters to spread the word online.

Get email updates from Mindy:

Tom Robinson is now dead only weeks after his rape trial. While he was in prison, he tried to escape but was shot seventeen times, resulting in his untimely death.

Atticus Finch, a close friend and attorney for Robinson, said, "Tom was a good man. He didn't deserve any of this. They didn't need to shoot him that much." Finch was clearly torn up about the news. Finch was the one to inform Robinson's wife, Helen Robinson, about Robinson's untimely death.

Helen Robinson, Robinson's wife, said, "You all are terrible, the lot of you. Allowing a wonderful man like Tom get killed. Bunch of yellow-bellied cowards." Helen then began to cry. Robinson was only twenty-give years old. His body wasn't given back to the family. His children will stay in the custody of Helen Robinson. Fellow blacks are helping her out with finances. Any donations are welcome and will be used. 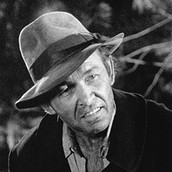 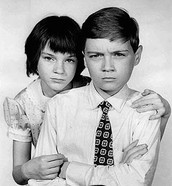 Only two months after his daughter's trial that startled Maycomb county, Robert Ewell is dead. His body was found under a tree (direction) of the Maycomb Auditorium on October 31st, 1935. A kitchen knife was found in his abdomen. Investigators have concluded that he fell on his own knife during a drunken stupor in which he had intended to murder Jean Louise "Scout" Finch and Jeremy "Jem" Finch, children of Atticus Finch. The children are now completely safe but Jeremy has suffered a broken arm.

Jeremy Finch, one of the assaulted children, said, "I was just walking Scout home from her pageant in the auditorium. It was so fast, everything is real fuzzy but I remember being carried back to the house by someone. I woke up a few days after that" Scout, his younger sister agreed with everything he said, persisting quietly that their father, Atticus Finch, was the one to carry him home. Atticus have neither confirmed nor denied this, simply laughing off the question. It is said by a few eye witness that the man to carry Jem home wasn't Atticus but another man whose identity remains unknown.

The children of Bob Ewell has been placed under the care of childcare officials. The estate is yet to be determined by the family. 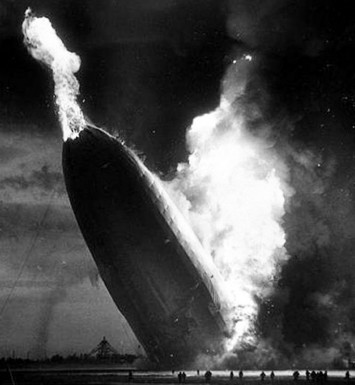 On May 6, 1937, at 7:25 PM, The Hindenburg caught on fire and killed a total of thirty-five people, plus one ground crew member, out of ninety-seven passengers and crew. The accident occurred in Lakehurst, New Jersey. Most experts agree that the cause for the incident was an electrostatic discharge that ignited leaking hydrogen. The cause of the leaking hydrogen hasn't been found but sabotage is highly unlikely.

During the Hindenburg's sixty-third flight, it was planning for a landing in Lakehurst, New Jersey. The landing was postponed due to poor landing conditions for about two hours and was trying to land at about 7:00 PM at an altitude of approximately 600 feet. The landing then began to go downhill. Captain Max Pruss dropped the landing ropes with the ship about 180 feet above the ground at 7:21 PM. Only minutes after the landing roped were dropped, the first visible external flames were seen. In less than a minute the fire had consumed the ship. Passengers and crew members began jumping off ship, scrambling to safety as the ship came crashing to the ground. The main cause for the rapid spread of the fire was the highly flammable gas that the ship was filled with. The crash was captured on film, millions of people around the world seeing the blazing inferno that consumed the zeppelin and its passengers. After thirty-five years of disasters and accidents, the public had had enough and had begun buzzing about the new commercial airplanes. It was that fateful day in May that truly ended the era of the airship.

I need to say something about my dead father. I don't miss him. In fact, I'm glad he's dead. He was an abusive alcoholic who would beat me and molest me. I hate him and I'm glad he was killed. He deserved any pain that he felt when he died. My younger sisters and brothers miss him but only because I protected them from him for all these years. They'll understand when they're older. The worst part is that because of him, I have blood on my hands. He made me frame the man I loved, just because of his skin. And now both of them are dead. The world is better off without him and my life is way better. I actually have freedom. I can use the welfare check for a good use, like to clothe my brothers and sisters and feed them. He was a terrible person and a really bad father.

Buy one, get 51% off the second! Applies to all coffins and embalmings! THE SAVINGS ARE REAL! Everything must go!

*limited time only; only while supplies last

Mindy is using Smore newsletters to spread the word online.